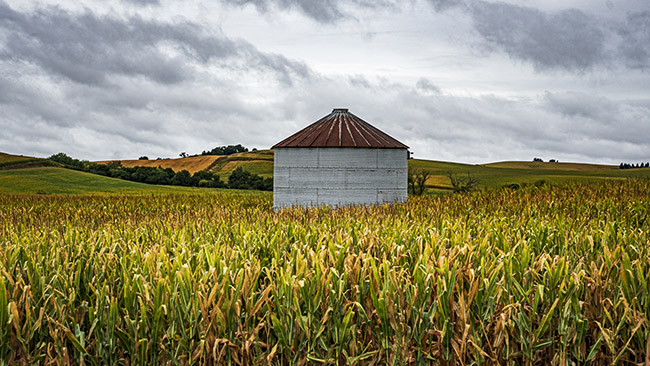 I’d like to just start with saying how completely impressed I was with Amanda Gorman, this nation’s first ever youth poet laureate and the poem she read at the inauguration on Wednesday. Wow! Goosebumps. I was one the people that rushed to Amazon and pre-ordered her book and made it the best selling book on Amazon. It doesn’t come out until September, so to tide myself over, I thought I would just put her inauguration poem down here, so I could find it and read it anytime I want:

THE HILL WE CLIMB

When day comes we ask ourselves,
where can we find light in this never-ending shade?
The loss we carry,
a sea we must wade
We’ve braved the belly of the beast
We’ve learned that quiet isn’t always peace
And the norms and notions
of what just is
Isn’t always just-ice
And yet the dawn is ours
before we knew it
Somehow we do it
Somehow we’ve weathered and witnessed
a nation that isn’t broken
but simply unfinished
We the successors of a country and a time
Where a skinny Black girl
descended from slaves and raised by a single mother
can dream of becoming president
only to find herself reciting for one
And yes we are far from polished
far from pristine
but that doesn’t mean we are
striving to form a union that is perfect
We are striving to forge a union with purpose
To compose a country committed to all cultures, colors, characters and
conditions of man
And so we lift our gazes not to what stands between us
but what stands before us
We close the divide because we know, to put our future first,
we must first put our differences aside
We lay down our arms
so we can reach out our arms
to one another
We seek harm to none and harmony for all
Let the globe, if nothing else, say this is true:
That even as we grieved, we grew
That even as we hurt, we hoped
That even as we tired, we tried
That we’ll forever be tied together, victorious
Not because we will never again know defeat
but because we will never again sow division
Scripture tells us to envision
that everyone shall sit under their own vine and fig tree
And no one shall make them afraid
If we’re to live up to our own time
Then victory won’t lie in the blade
But in all the bridges we’ve made
That is the promise to glade
The hill we climb
If only we dare
It’s because being American is more than a pride we inherit,
it’s the past we step into
and how we repair it
We’ve seen a force that would shatter our nation
rather than share it
Would destroy our country if it meant delaying democracy
And this effort very nearly succeeded
But while democracy can be periodically delayed
it can never be permanently defeated
In this truth
in this faith we trust
For while we have our eyes on the future
history has its eyes on us
This is the era of just redemption
We feared at its inception
We did not feel prepared to be the heirs
of such a terrifying hour
but within it we found the power
to author a new chapter
To offer hope and laughter to ourselves
So while once we asked,
how could we possibly prevail over catastrophe?
Now we assert
How could catastrophe possibly prevail over us?
We will not march back to what was
but move to what shall be
A country that is bruised but whole,
benevolent but bold,
fierce and free
We will not be turned around
or interrupted by intimidation
because we know our inaction and inertia
will be the inheritance of the next generation
Our blunders become their burdens
But one thing is certain:
If we merge mercy with might,
and might with right,
then love becomes our legacy
and change our children’s birthright
So let us leave behind a country
better than the one we were left with
Every breath from my bronze-pounded chest,
we will raise this wounded world into a wondrous one
We will rise from the gold-limbed hills of the west,
we will rise from the windswept northeast
where our forefathers first realized revolution
We will rise from the lake-rimmed cities of the midwestern states,
we will rise from the sunbaked south
We will rebuild, reconcile and recover
and every known nook of our nation and
every corner called our country,
our people diverse and beautiful will emerge,
battered and beautiful
When day comes we step out of the shade,
aflame and unafraid
The new dawn blooms as we free it
For there is always light,
if only we’re brave enough to see it
If only we’re brave enough to be it

I do want to start with a brief history lesson. It comes from a question I had to ask when I stopped at a historic marker on the trip. A historic marker honoring Merle Hay. I’m sure many of you have driven on Merle Hay’s road and shopped in his mall, but do you know who Merle Hay was?

I myself only knew that Merle Hay was a war hero of some kind, but I didn’t even know from what war and what he did. Take a look at this historic marker in the cemetery where he is buried: 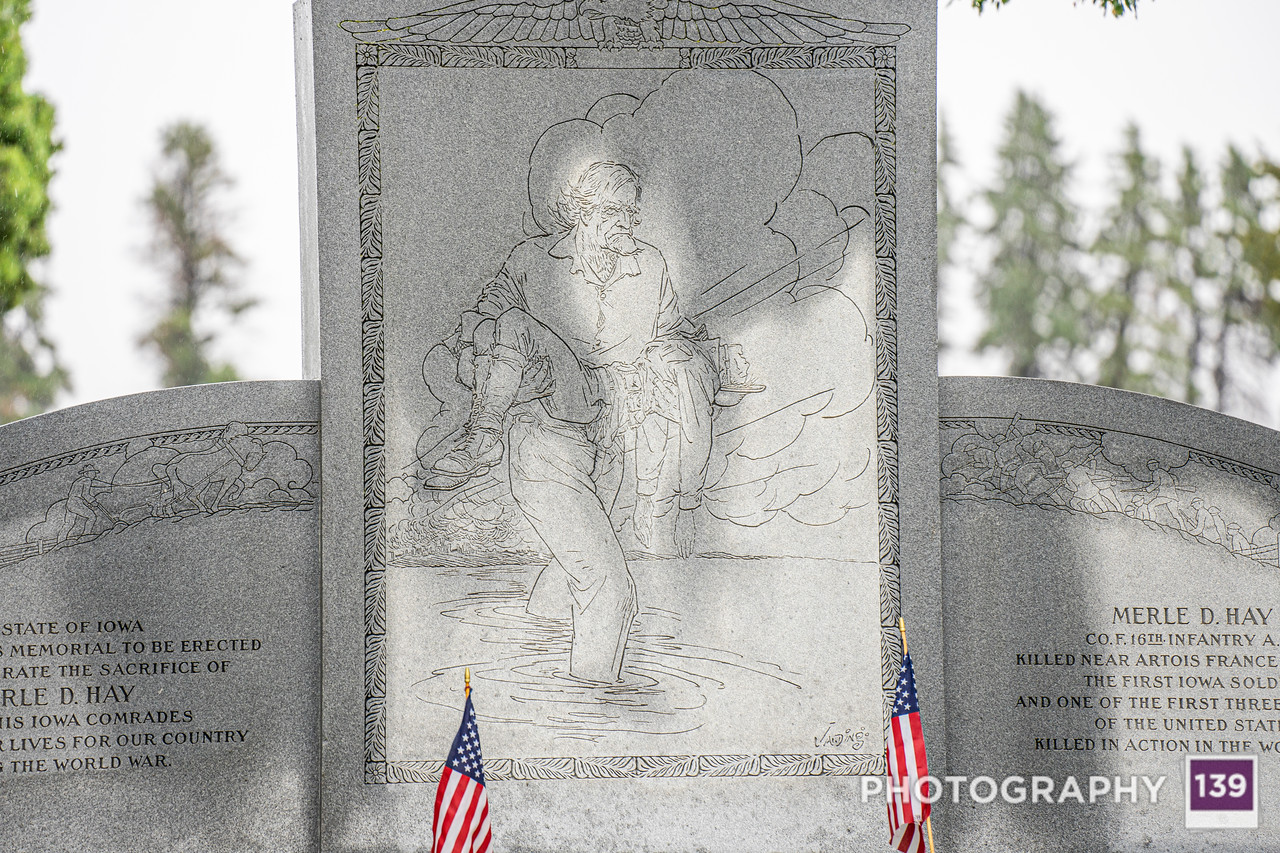 When I saw this, I couldn’t figure out what was going on in the picture. So I researched it and while it is maybe obvious to some, I didn’t deduce that the guy carrying the fallen soldier was Uncle Sam. Carrying Merle Hay home.

So who was Merle Hay?

He was the first or one of the first Americans to die in WWI. Here is his story from the Wiki:

When the United States entered the First World War, Hay was young enough to avoid being drafted. With his father’s blessing, he voluntarily enlisted on May 9, 1917. He was among 8 men from Glidden who enlisted that day. They were first shipped to Fort Logan, Colorado, then to Fort Bliss in El Paso, Texas. He was assigned to the 16th Infantry Regiment. On 26 June 1917, the regiment disembarked the troop ships in St. Nazaire, France, as part of the 1st Infantry Division. By November 1917, he was assigned to Company F along with Corporal James Bethel Gresham and Private Thomas Enright. They were posted in the trenches near the French village of Artois. In the early morning of 3 November 1917, the Imperial German Army attacked. After an hour of fighting, Hay, along with Corporal Gresham, and Private Enright were the first three casualties of the American Expeditionary Force.

Two days later, on 5 Nov 1917, Enright, Gresham, and Hay were buried near the battlefield where they had died. An inscription marked their graves: “Here lie the first soldiers of the illustrious Republic of the United States who fell on French soil for justice and liberty.” Their bodies were eventually returned to their families and reburied in the United States. Hay was then re-interred in July 1921 in West Lawn Cemetery in his home town of Glidden, Iowa. The West Lawn Cemetery was later renamed the Merle Hay Memorial Cemetery. An 8-foot monument commissioned by the Iowa Legislature marks his gravesite.

Remember that story, the next time you are driving down Merle Hay Road in Des Moines.

Here are the rest of the Loess Road Trip auxiliary photos: 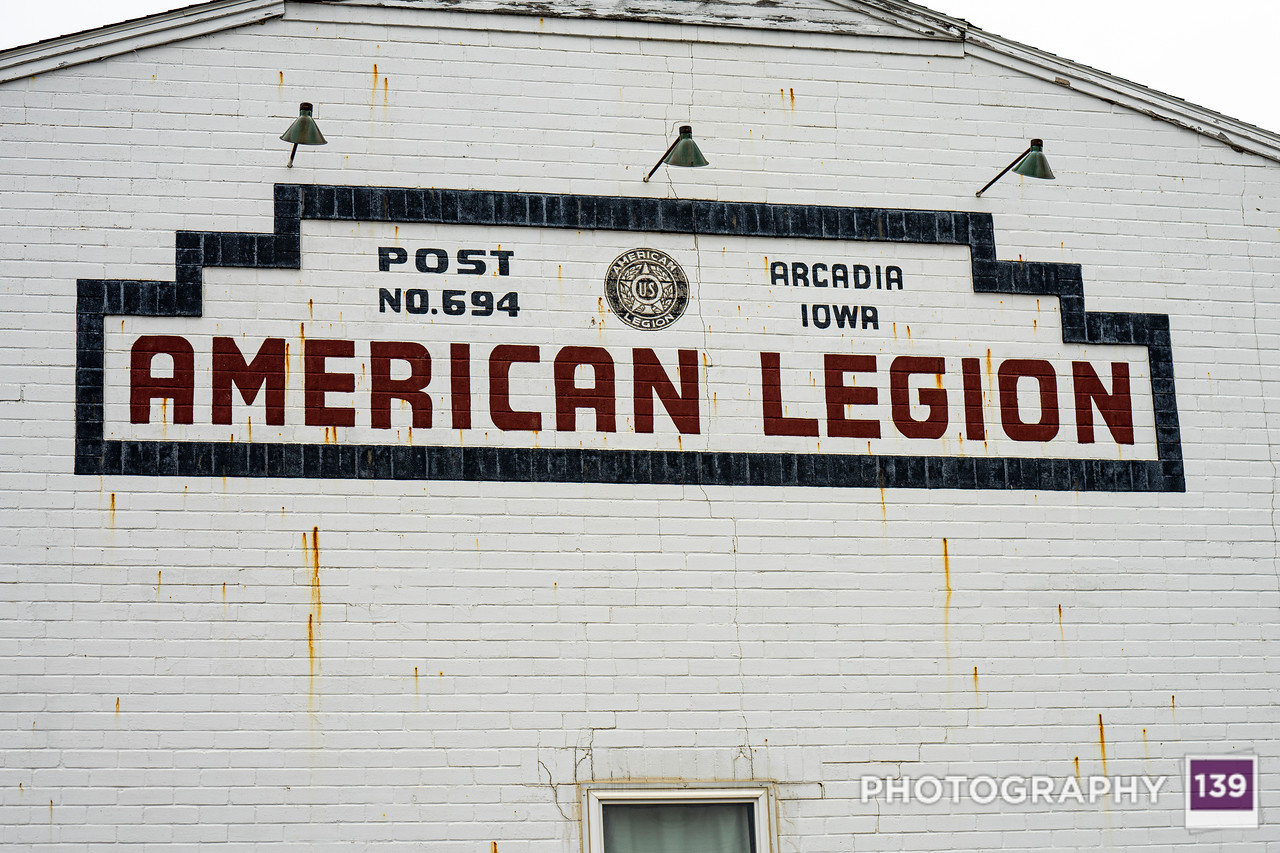 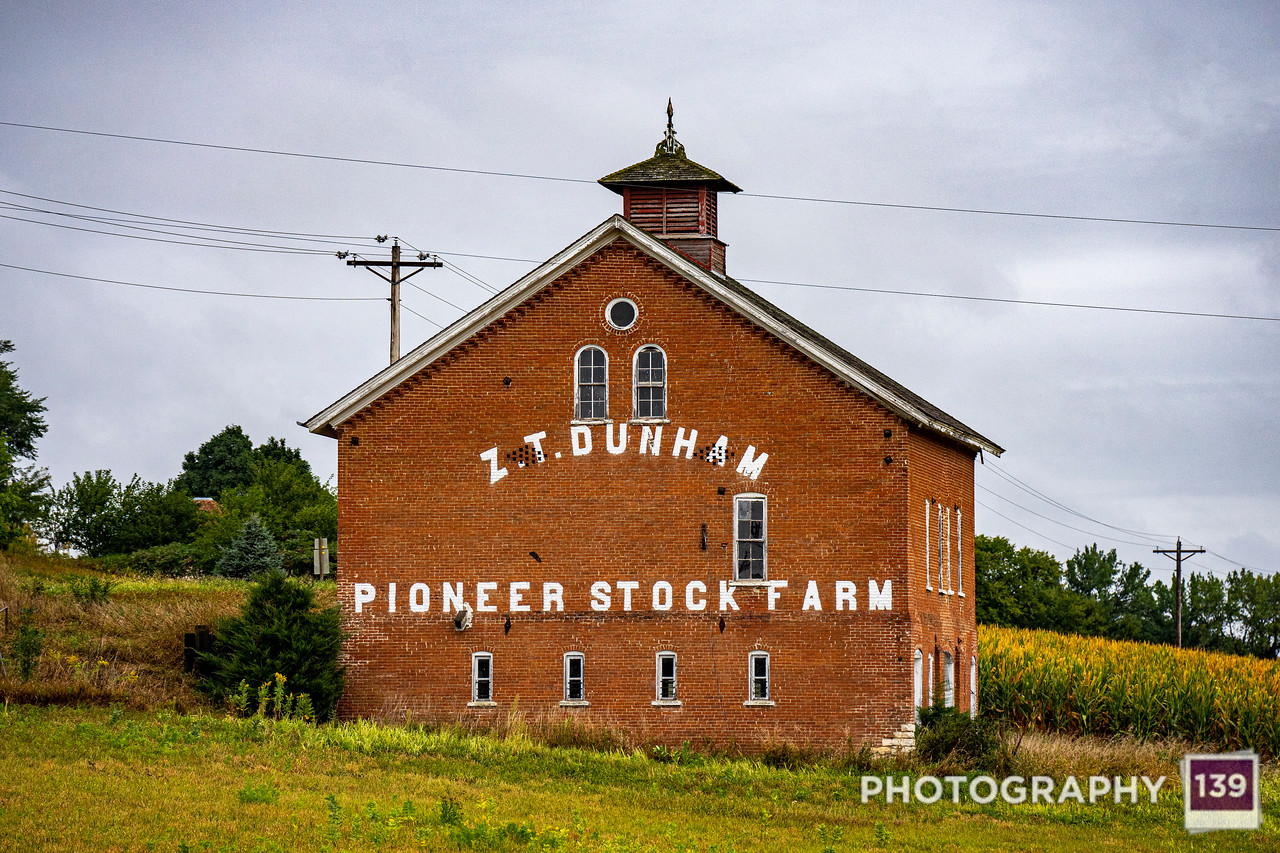 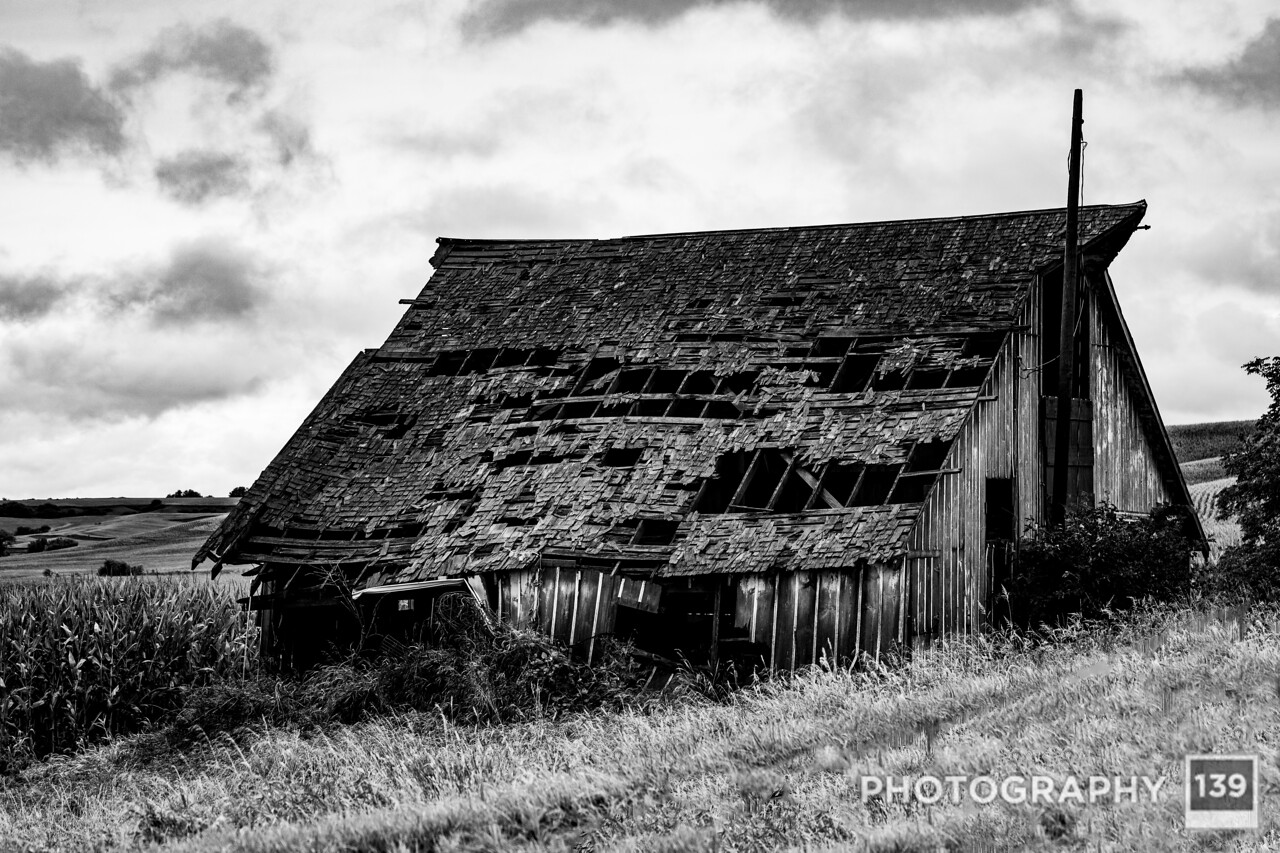 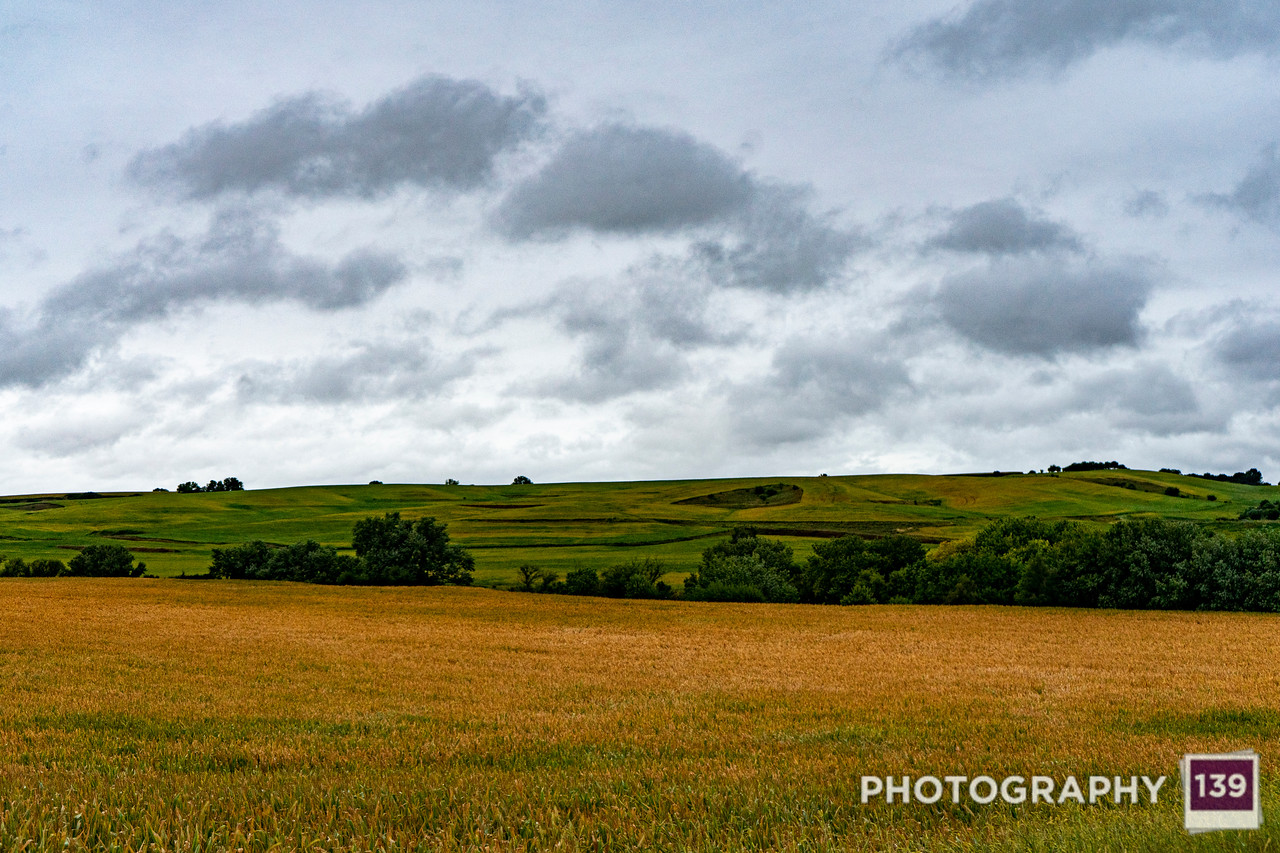 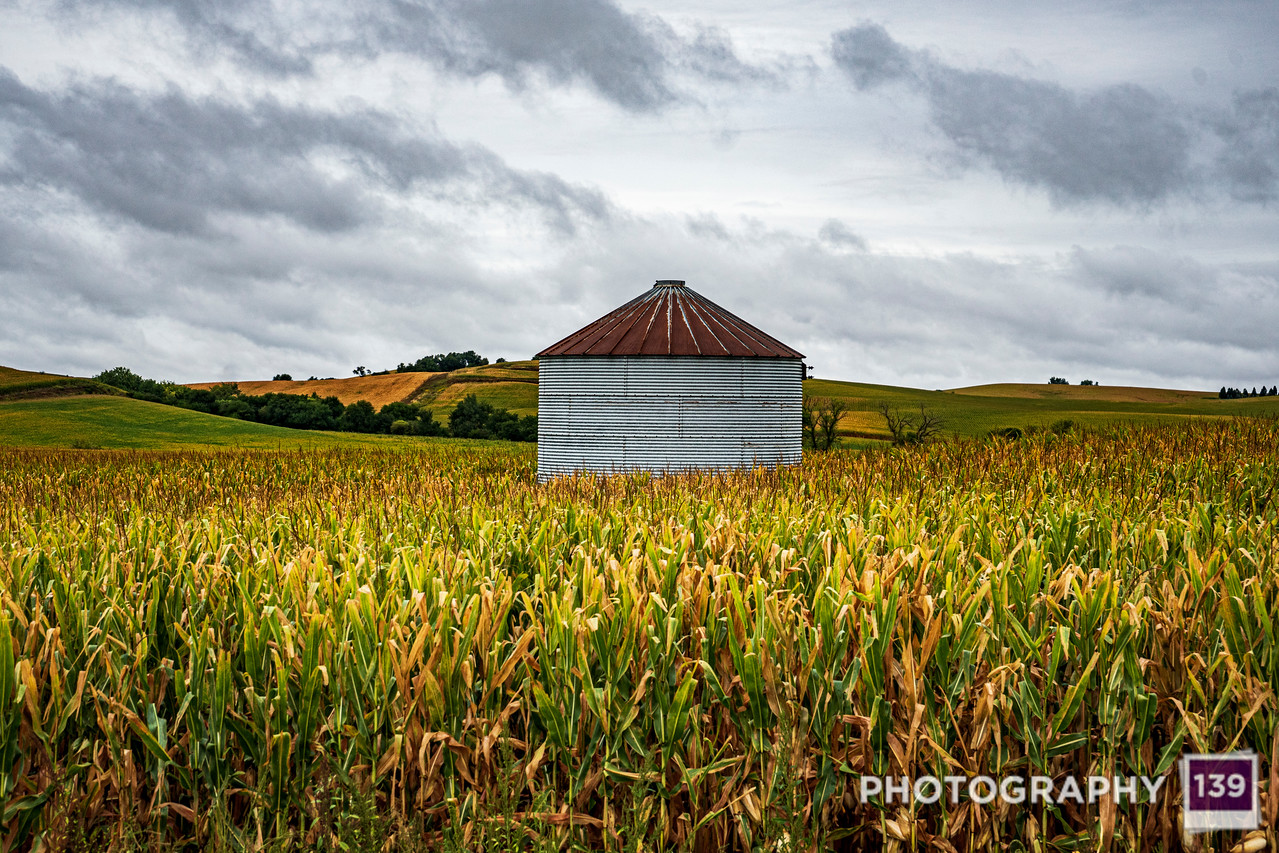 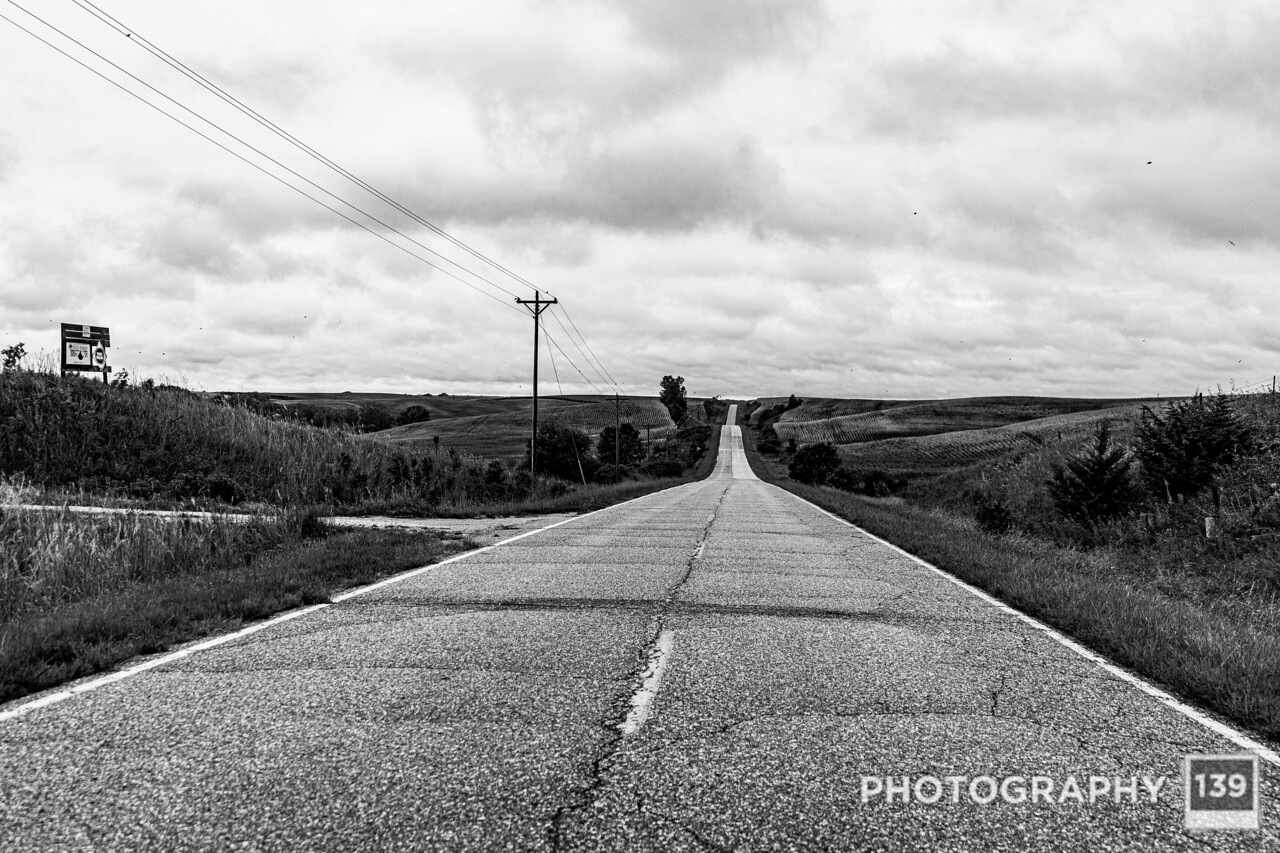 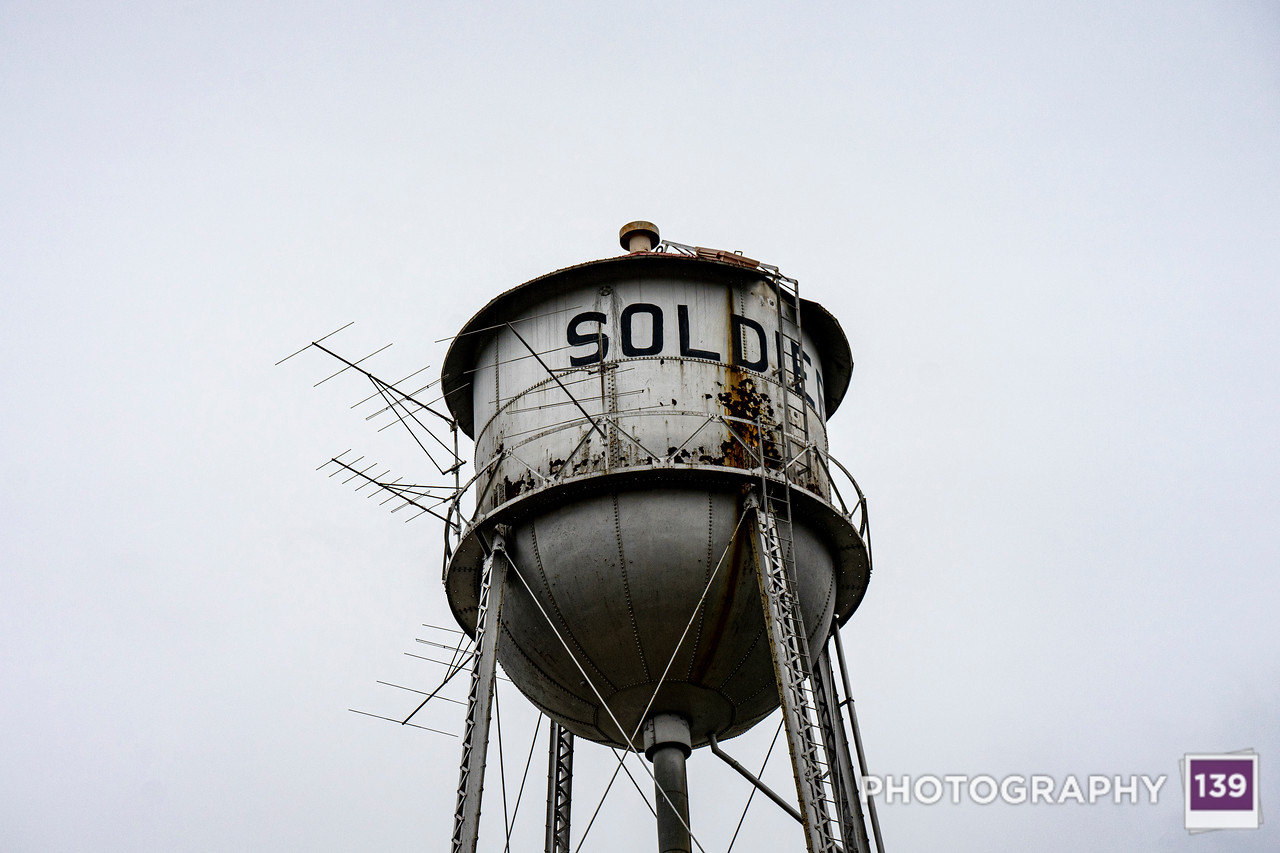 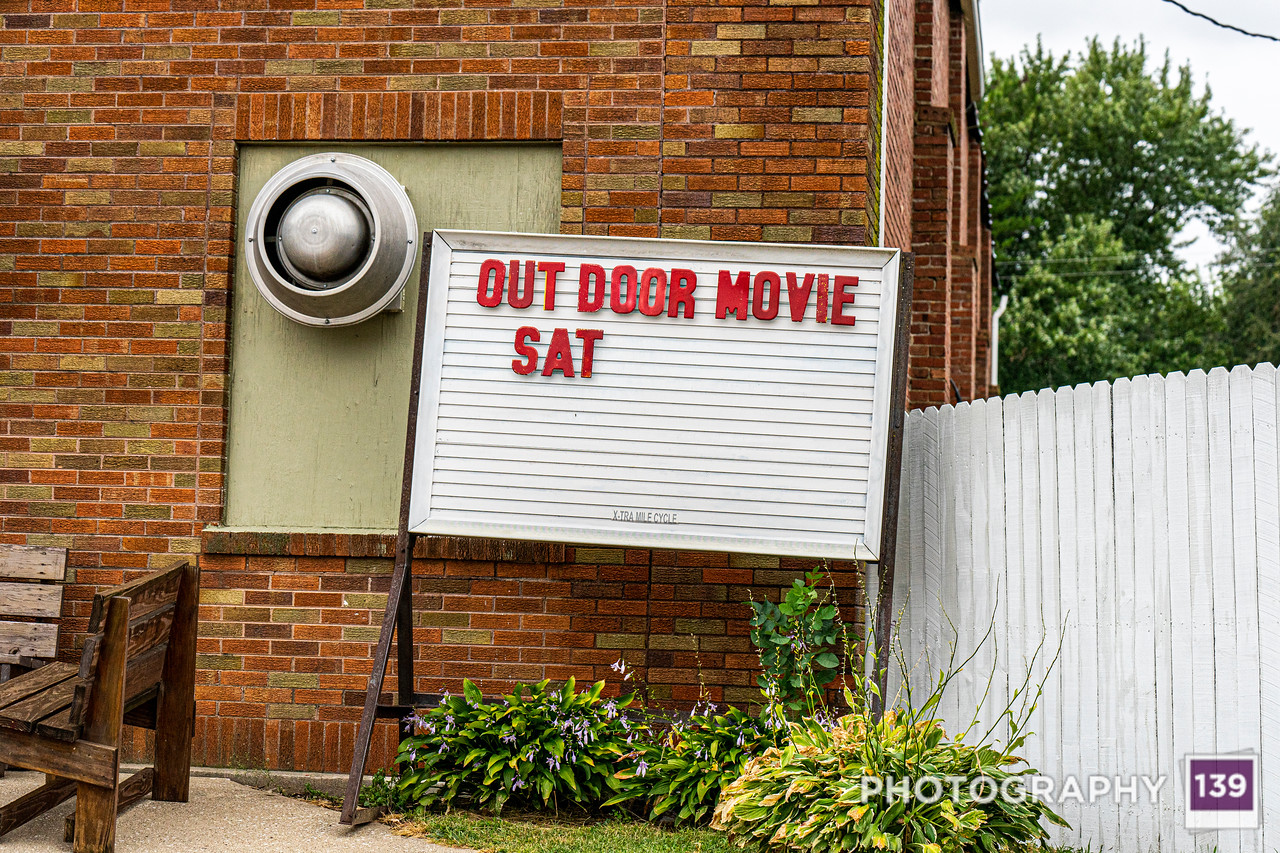 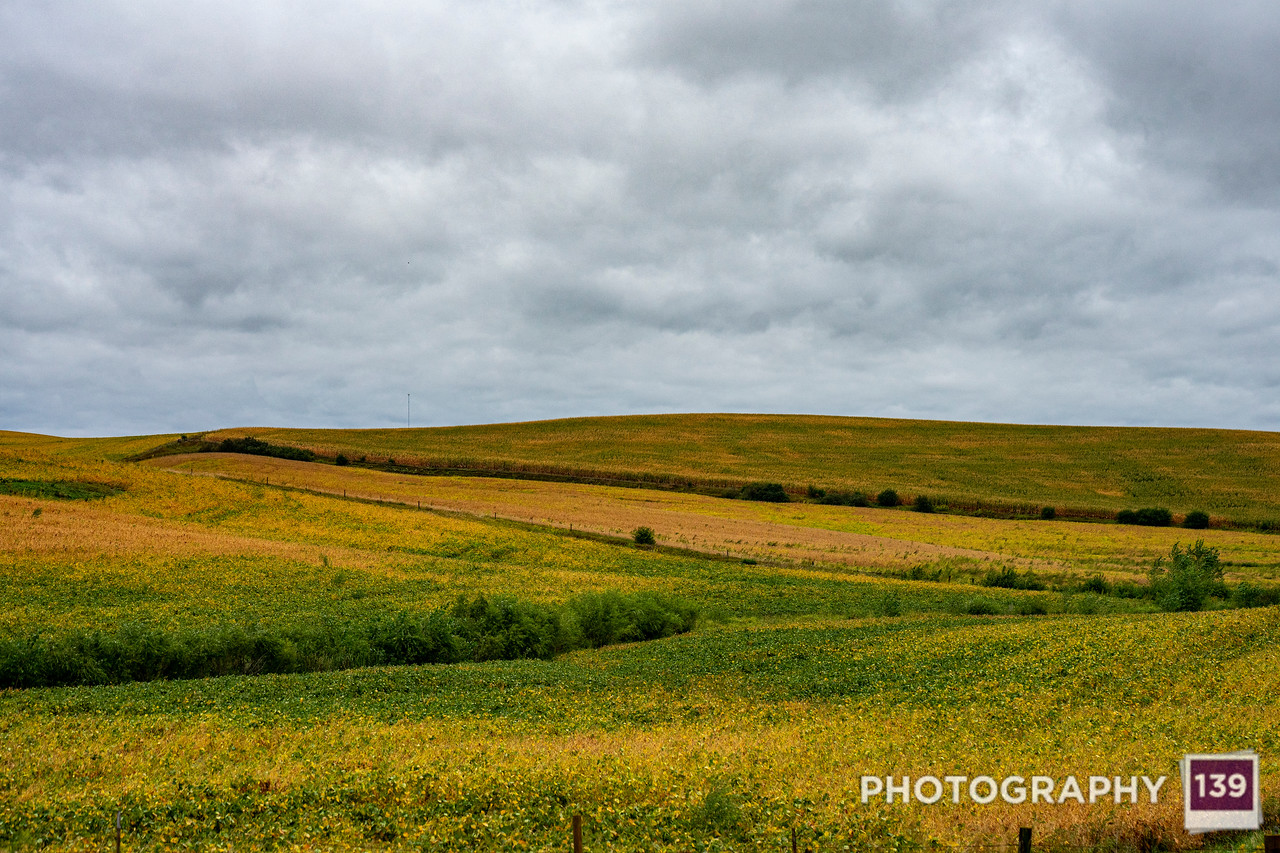 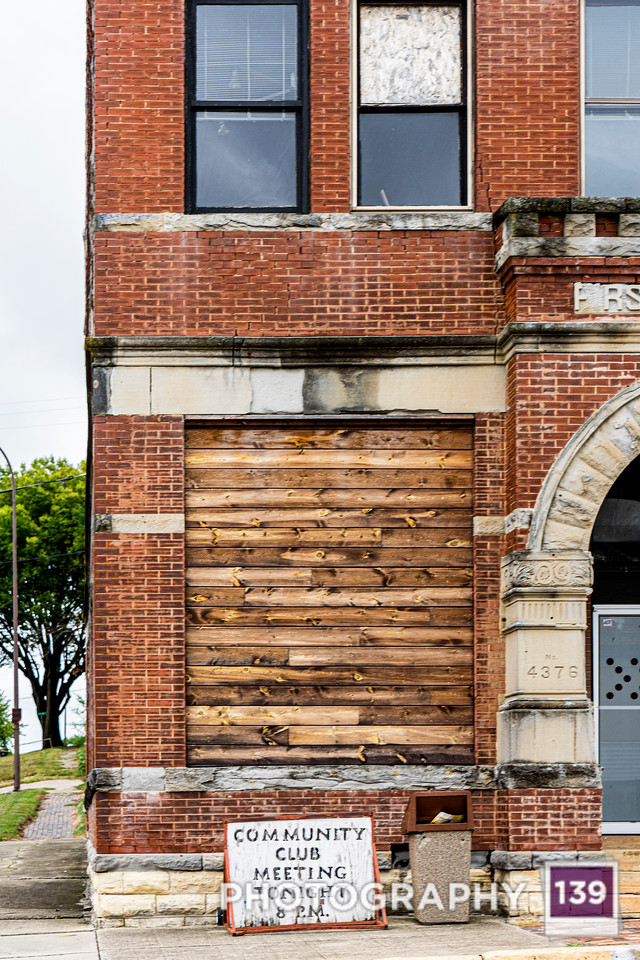 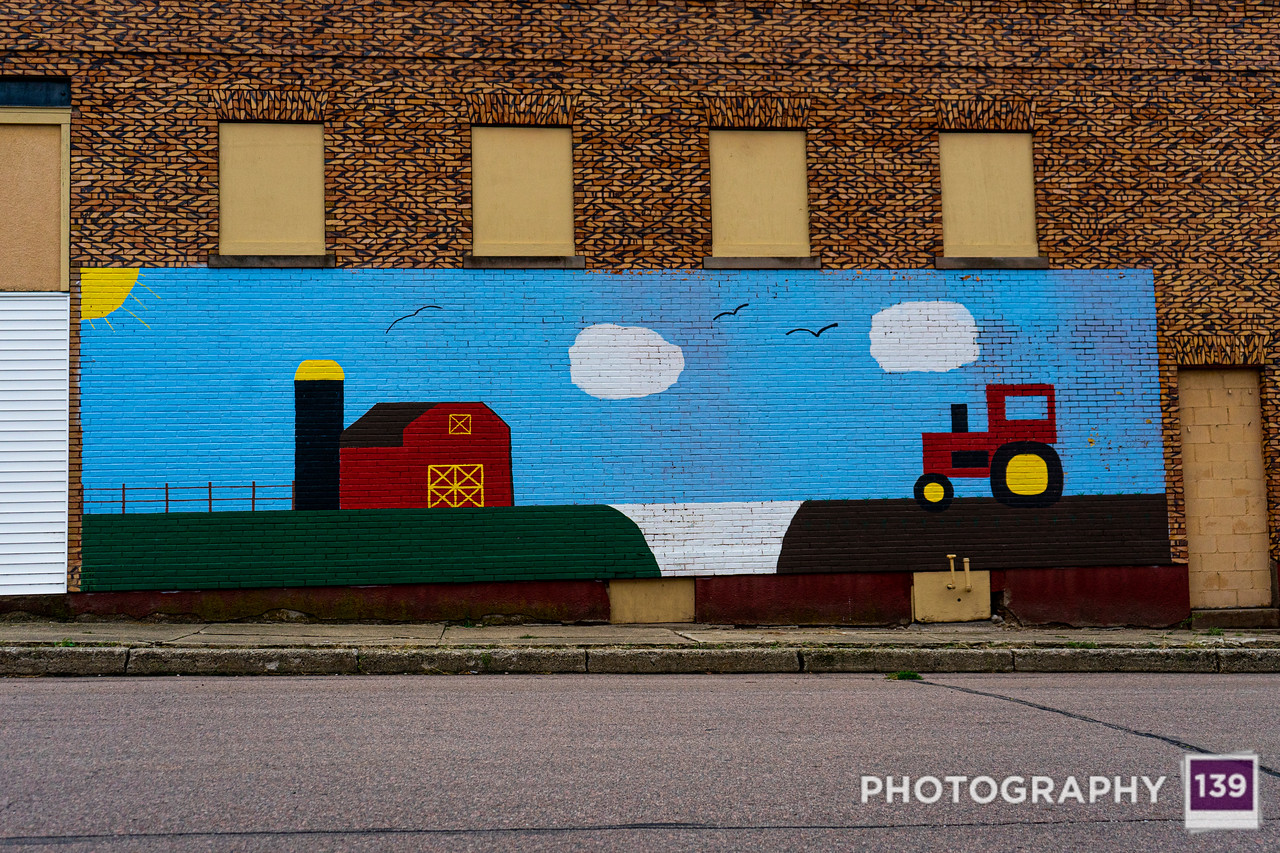 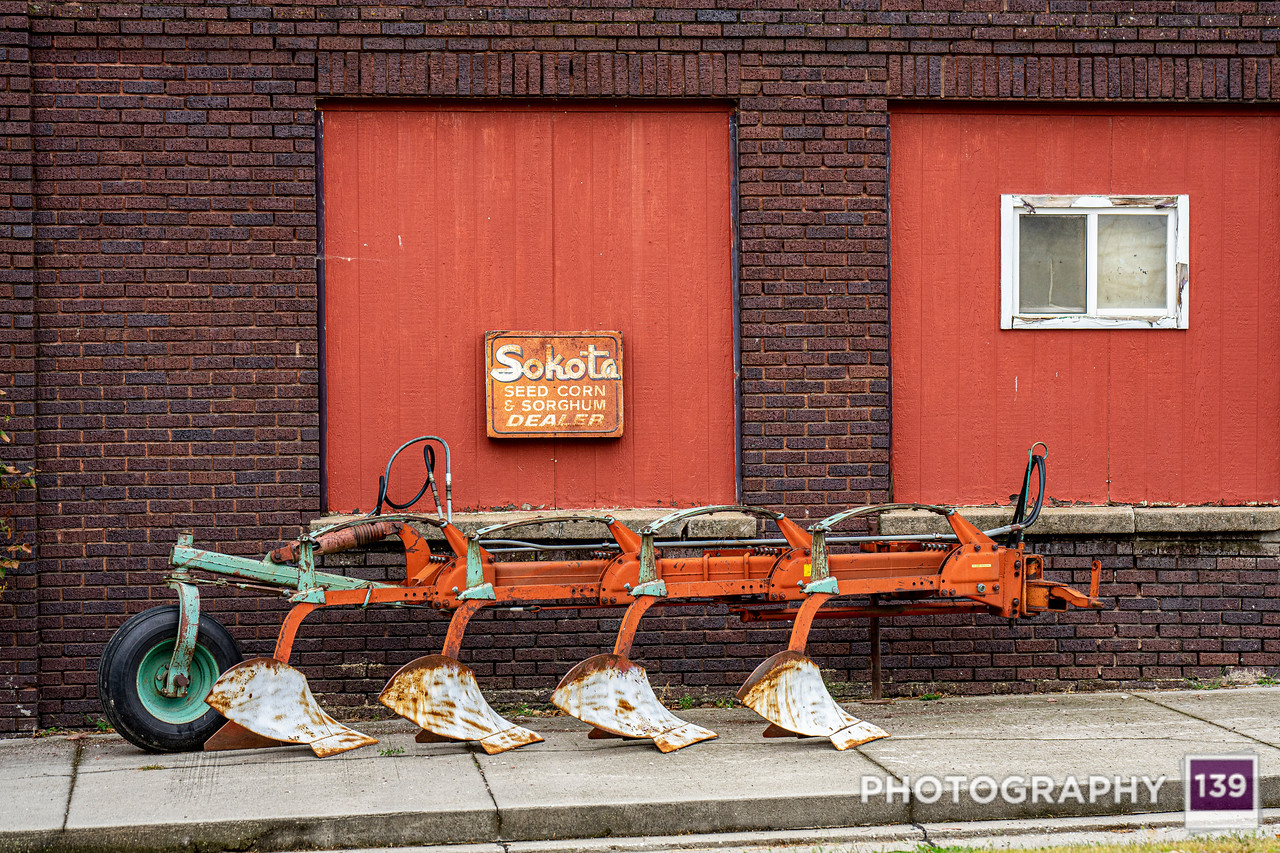 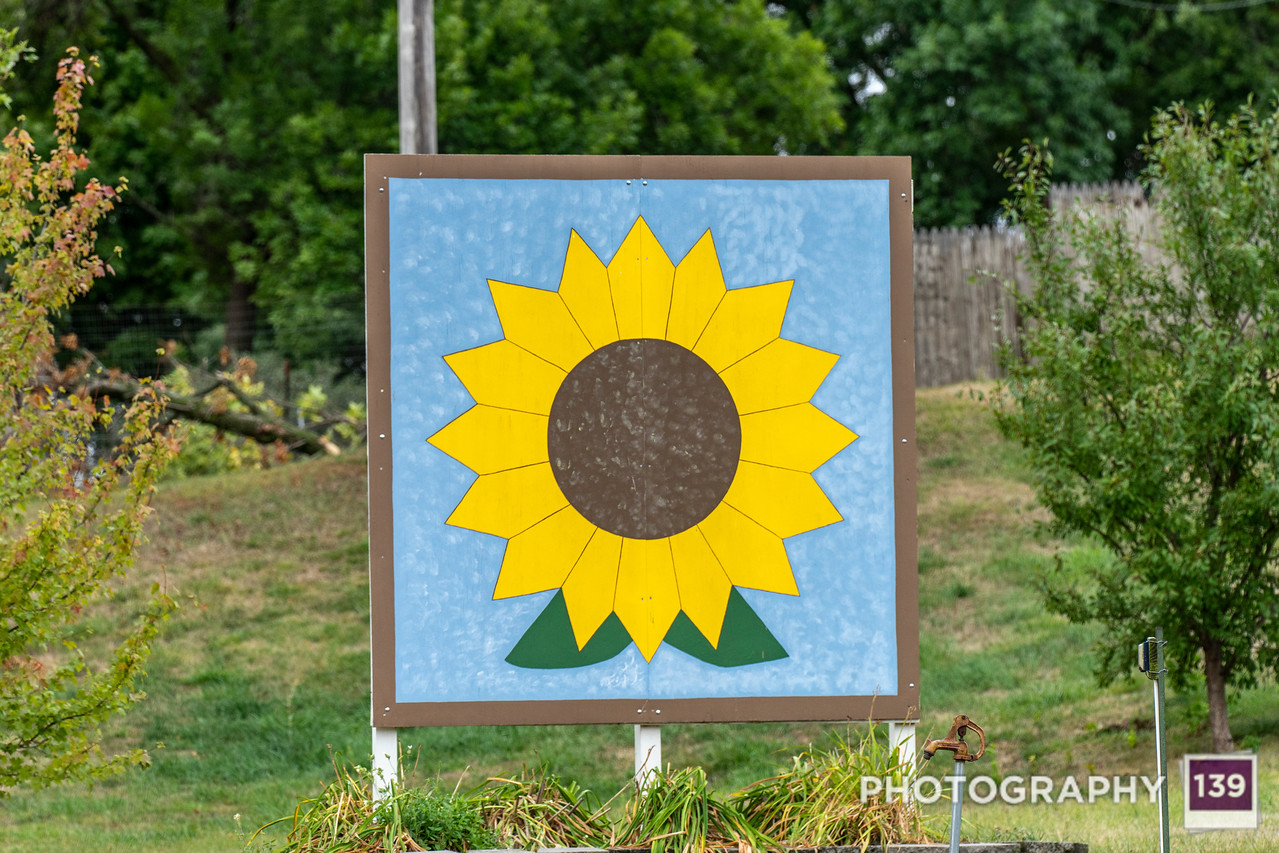 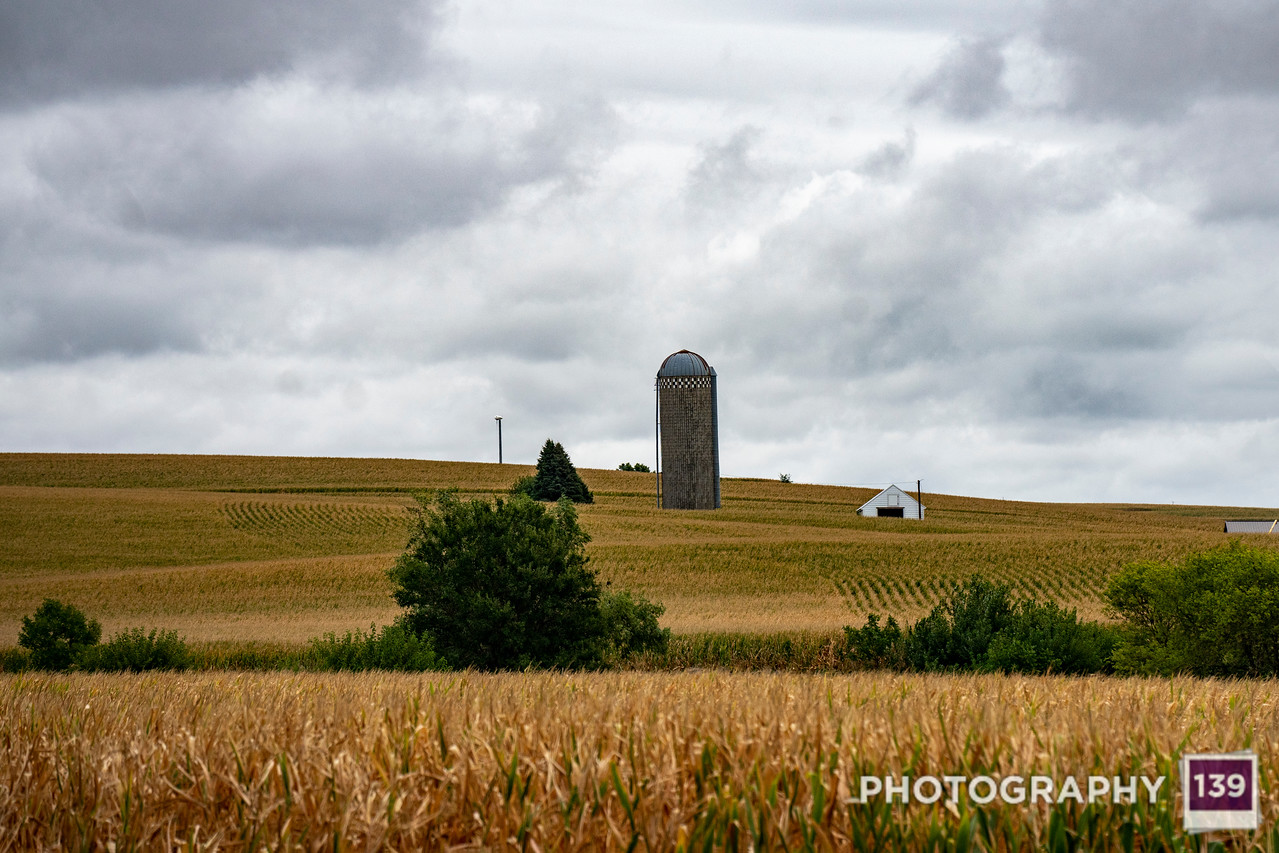 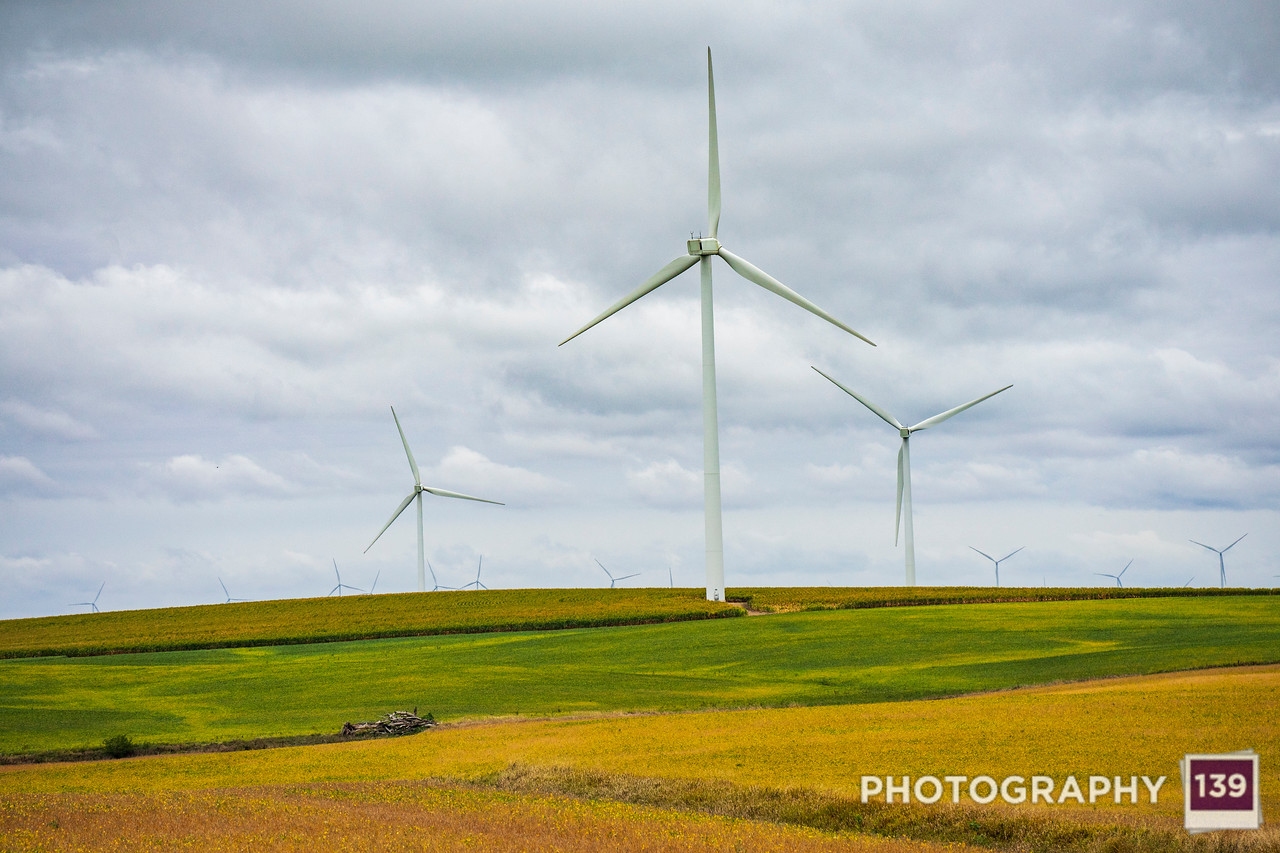 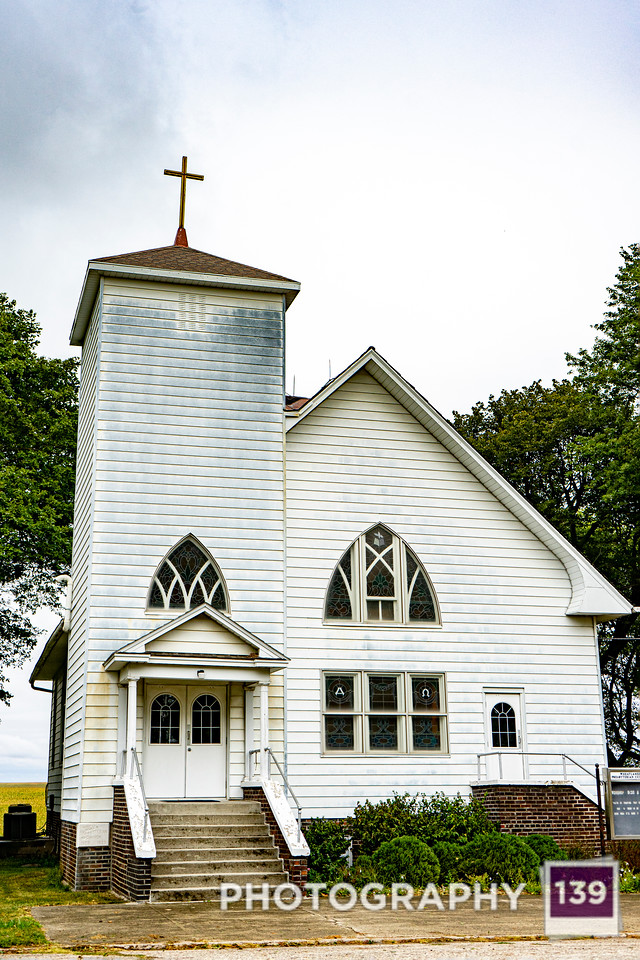 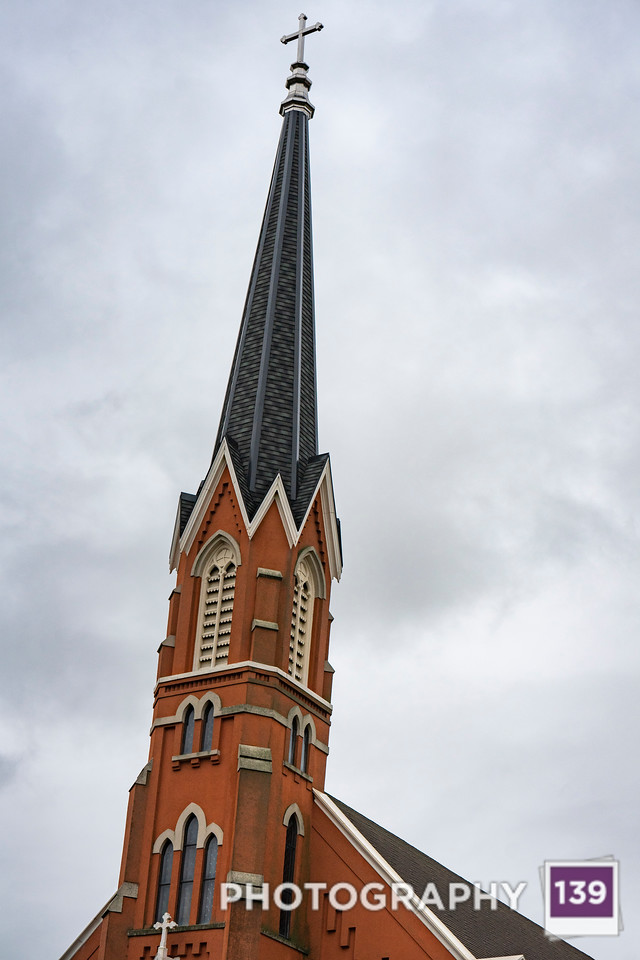 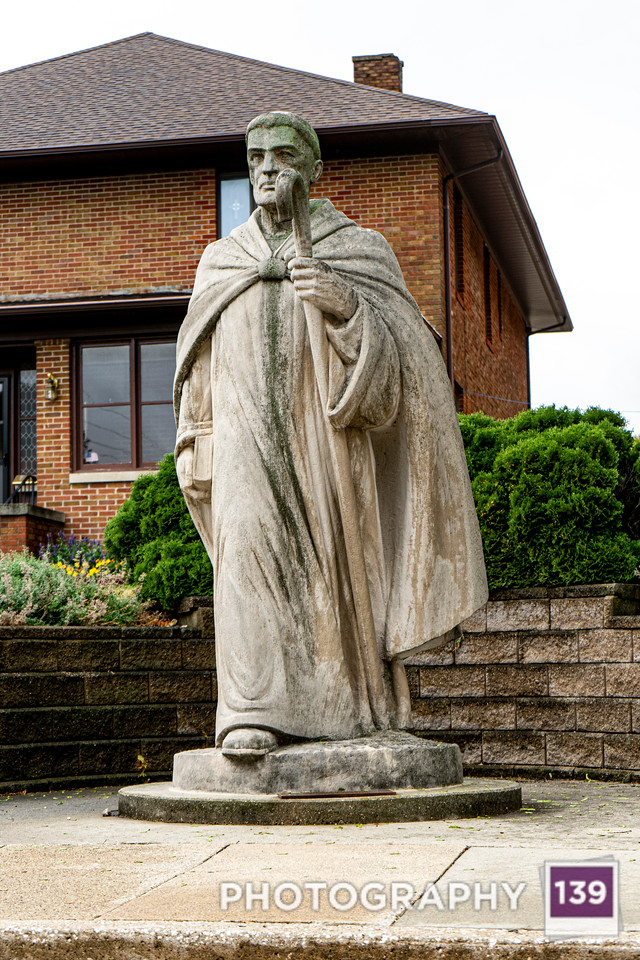 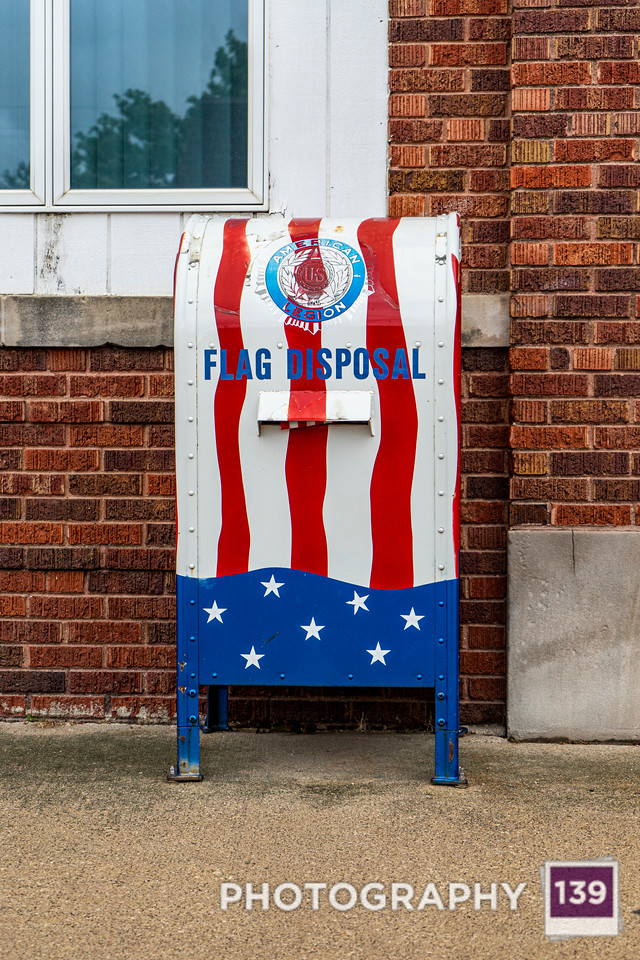 This sign confuses me so much. So very much. 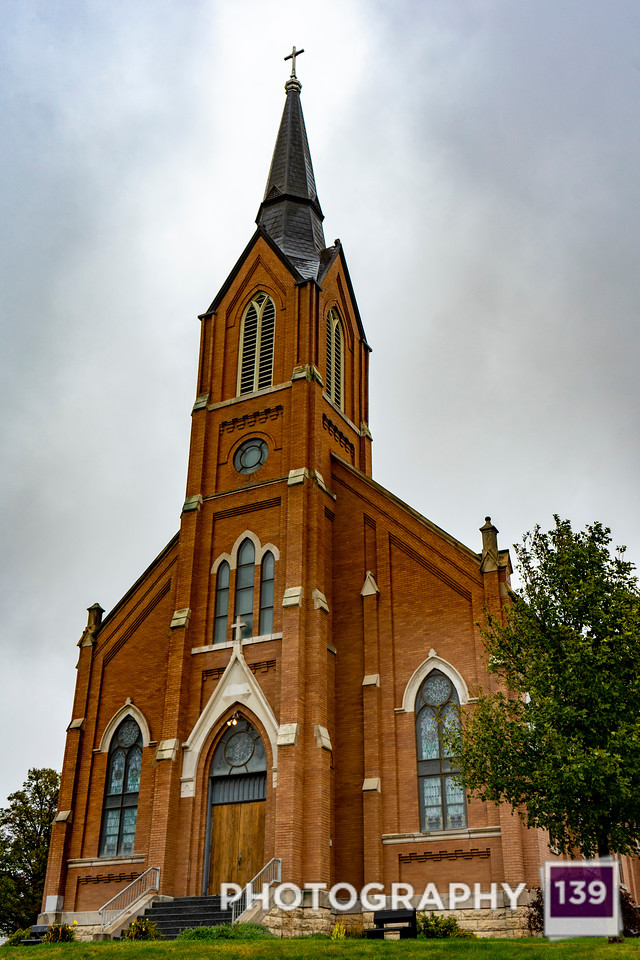 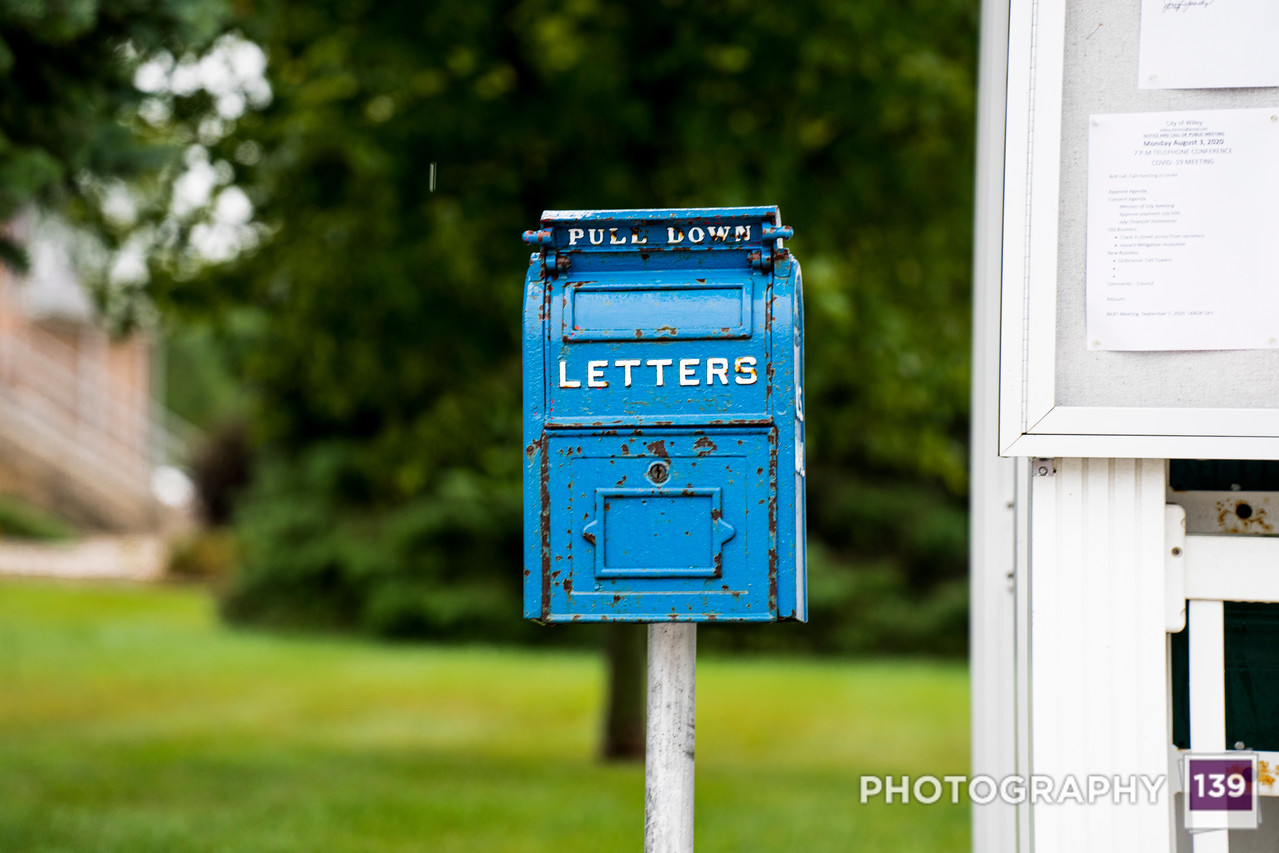 I love this tiny mailbox so much. I want to bundle it up and take it home with me, but of course that is a federal crime. 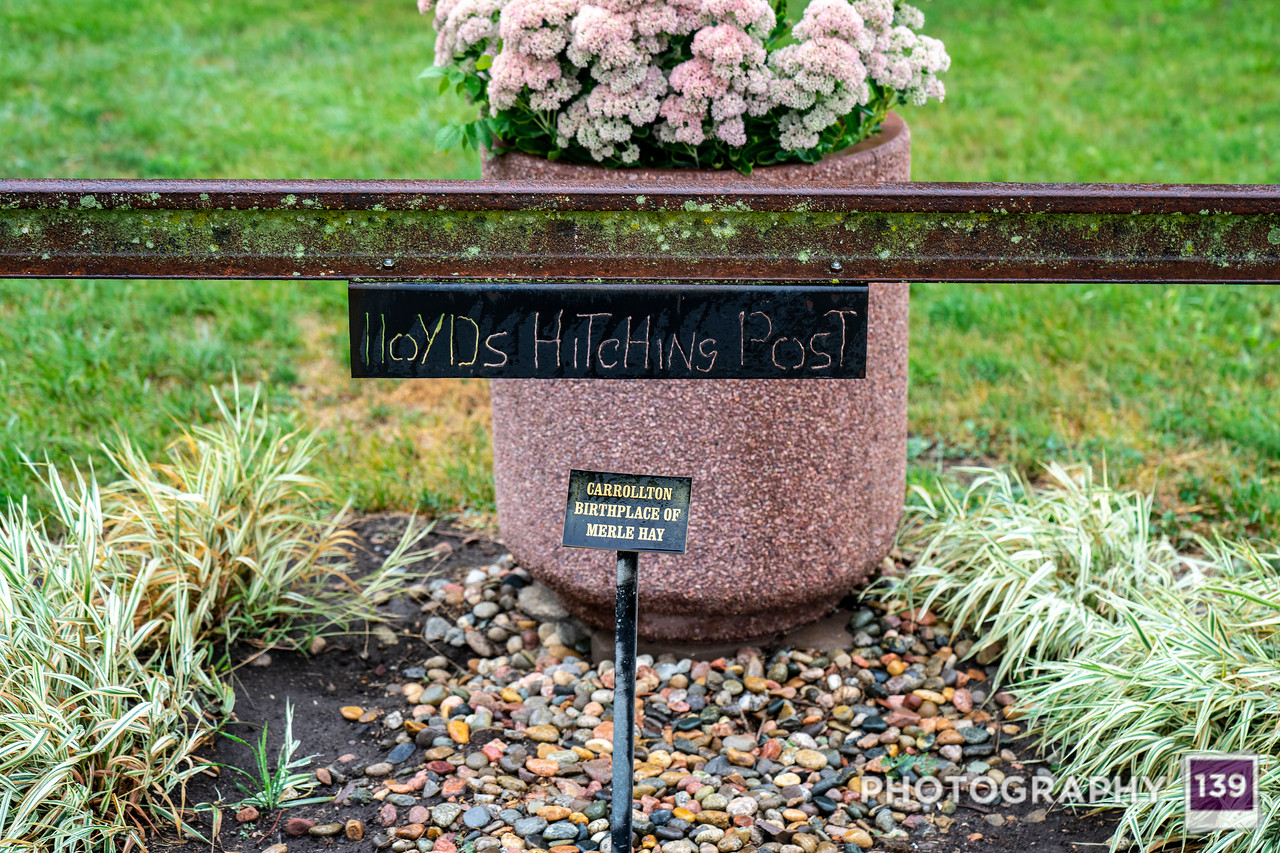 Birthplace of Merle Hay – Now you know where he started and where he ended. 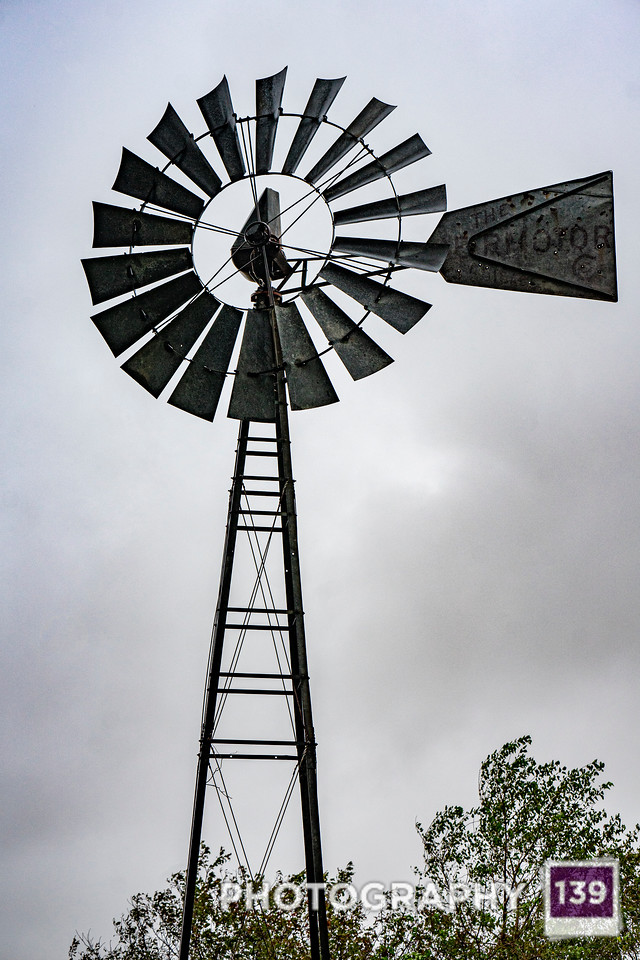 I wish I would have gotten better pictures of the ghost town that is Carrollton, but it was just pouring down rain when I rolled through there. But I’m sure I’ll get there again some day.

Here is another history fact for you:

The first American military casualty in WWII was also from Iowa. Robert M. Losey was born in Andrew, Iowa. He was killed in a German bombardment of Norway on April 21, 1940. If you are doing the math, that is well before the United States entered the war.

This is your reminder that this week’s THE WEEKLY PHOTO CHALLENGE is HOBBIES: 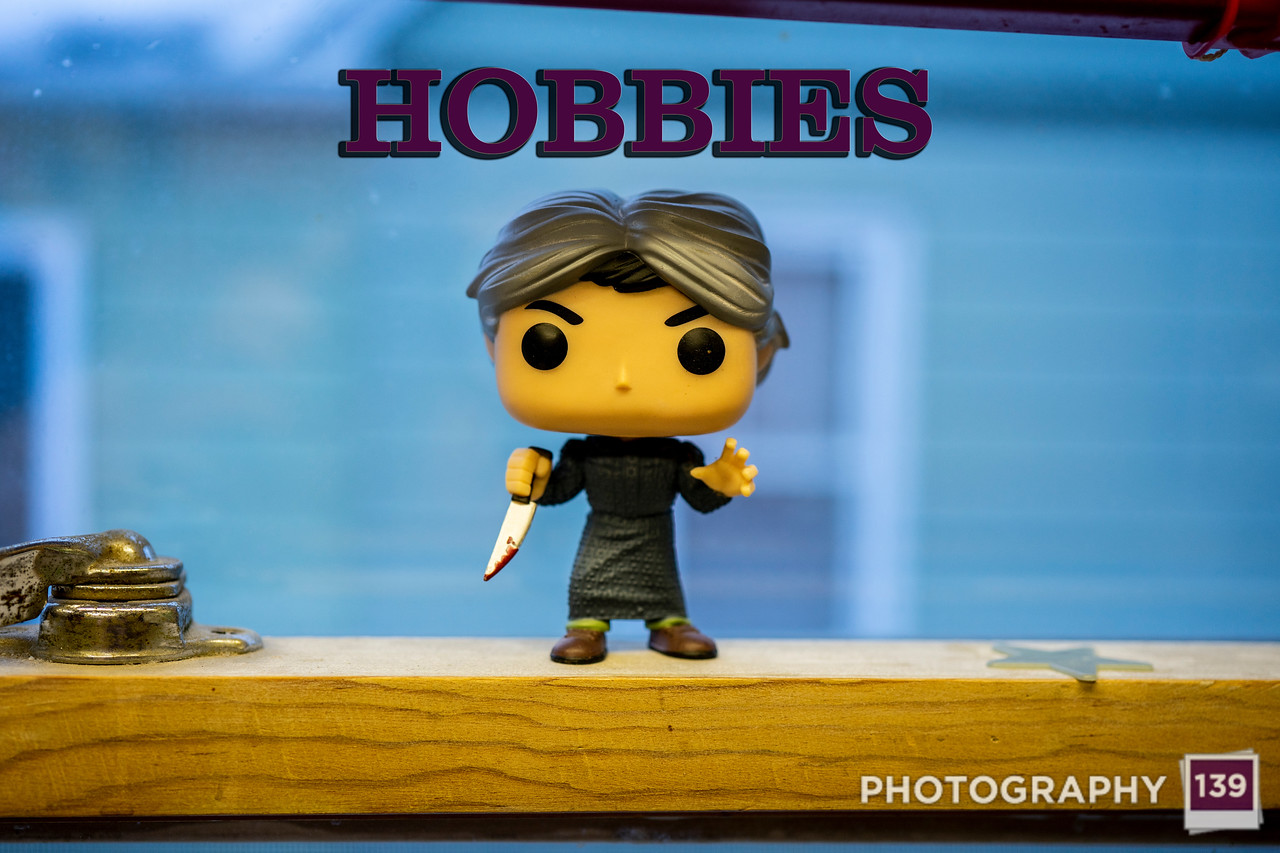 HOBBIES can be all sorts of activities. Collecting things. Making things. Building things. Destroying things. So much, much more. Just remember the words of Norman Bates…

As you should know, the 1960 Alfred Hitchcock classic PSYCHO is tied for being my favorite movie of all-time. Think about the scene is PSYCHO where Marion Crane and Norman Bates are eating supper together in the backroom of the Bates Motel office, with all of the birds that Norman has stuffed.

In the darkened room, lit only by the light from the office spilling in, we see Norman placing the tray on a table. Mary comes to the doorway, pauses. Norman straightens up, goes to lamp, turns on the light.

Mary is startled by the room. Even in the dimness of one lamp, the strange, extraordinary nature of the room rushes
up at one. It is a room of birds. Stuffed birds, all over the room, on every available surface, one even clinging to
the old fashioned fringed shade of the lamp. The birds are of many varieties, beautiful, grand, horrible, preying. Mary
stares in awe and a certain fascinated horror.

CLOSE UP – THE VARIOUS BIRDS TWO SHOT – MARY AND NORMAN

NORMAN
Please sit down. On the sofa.

As Norman goes about spreading out the bread and ham and pouring the milk, we follow Mary across the room. She studies
the birds as she walks, briefly examines a bookcase stacked with books on the subject of “Taxidermy.”

CLOSE UP – THE BOOKS ON TAXIDERMY MED. CLOSE SHOT – MARY

She notices, too, the paintings on the wall; nudes, primarily, and many with a vaguely religious overtone.

Finally Mary reaches the sofa, sits down, looks at the spread.

NORMAN
It’s all for you. I’m not hungry. Please go ahead.

Mary begins to eat, her attitude a bit tense. She takes up a small slice of ham, bites off a tiny bite, nibbles at it in the manner of one disturbed and preoccupied.

Norman gazes at her, at the tiny bite she has taken, smiles and then laughs.

NORMAN
Not really. I hear that expression, that one eats “like a bird,” is really
a falsie, I mean a falsity, because birds eat a tremendous lot.
(A pause, then explaining)
Oh, I don’t know anything about birds. My hobby is stuffing things…
taxidermy. And I guess I’d just rather stuff birds because… well, I hate
the look of beasts when they’re stuffed, foxes and chimps and all…
some people even stuff dogs and cats… but I can’t… I think only
birds look well stuffed because they’re rather… passive, to begin
with… most of them…

He trails off, his exuberance failing in the rushing return of his natural hesitancy and discomfort. Mary looks at him,
with some compression, smiles.

MARY
I imagine so.

NORMAN
It’s not as expensive as you’d think. Cheap, really. Needles, thread,
sawdust .. the chemicals are all that cost anything.
(He goes quiet, looks disturbed)

MARY
A man should have a hobby.

NORMAN
It’s more than a hobby… sometimes…
a hobby is supposed to pass the time, not fill it.