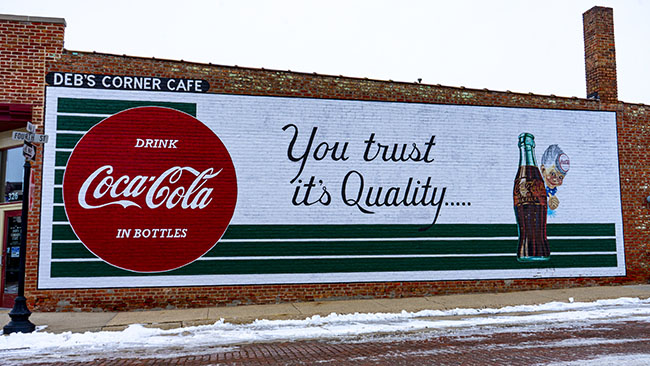 When I went out to harvest the town signs of Carroll County and Crawford County, I did both counties in one swoop. I didn’t actually need many signs from either county, so I was about to pick up most of them going south through both counties along 141 and then get the last couple missing towns coming north back home.

Here are some of the non town-sign pictures I took on this road trip:

The person that lives here has to be fascinating.

I miss the days this didn’t apply to the Men’s Basketball Team.

If you can’t read the plaque in the background this is in memory of an Army Veteran that was killed in Afghanistan.

If you’re sculpture garden doesn’t include a dinosaur made out of old farm elements, this guy is out! I don’t wanna brag, but I’m pretty sure I could break out of here. Because St. Patrick’s is on the National Registry of Historic Places, so is this outhouse.

I can’t wait until this weather is better and I can hit the open road again. It looks like this weekend is a real possibility. As I type this, the current temperature -21 degrees. The wind chill is -38. There are rolling blackouts all across the country because southern power grids aren’t designed to handle running this many furnaces at once. But it might get into the +30s this weekend. You know it has been cold when you have to differentiate temperatures with a + sign.