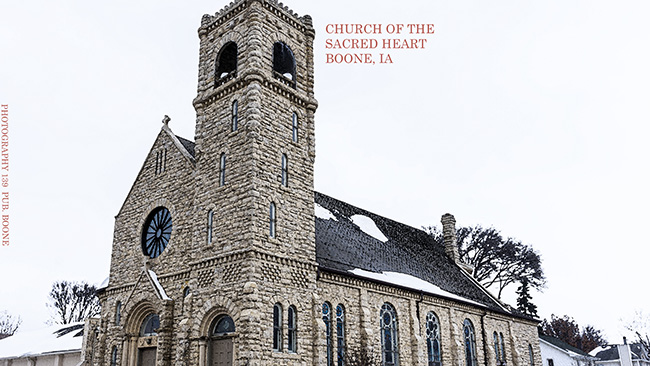 Below is a Lenten Devotion from Bishop Laurie Haller.

“Be careful that you don’t practice your religion in front of people to draw their attention. If you do, you will have no reward from your Father who is in heaven. 2 Whenever you give to the poor, don’t blow your trumpet as the hypocrites do in the synagogues and in the streets so that they may get praise from people. I assure you, that’s the only reward they’ll get. 3 But when you give to the poor, don’t let your left hand know what your right hand is doing 4 so that you may give to the poor in secret. Your Father who sees what you do in secret will reward you.”

16 “And when you fast, don’t put on a sad face like the hypocrites. They distort their faces so people will know they are fasting. I assure you that they have their reward. 17 When you fast, brush your hair and wash your face. 18 Then you won’t look like you are fasting to people, but only to your Father who is present in that secret place. Your Father who sees in secret will reward you. 19 Stop collecting treasures for your own benefit on earth, where moth and rust eat them and where thieves break in and steal them. 20 Instead, collect treasures for yourselves in heaven, where moth and rust don’t eat them and where thieves don’t break in and steal them. 21 Where your treasure is, there your heart will be also.”

I’ll never forget that morning. In 1993, my husband Gary and I were appointed to be co-pastors of First United Methodist Church in Grand Rapids, Michigan. After twelve years of pastoring separately in different churches, Gary and I were going to be serving together. I have to admit I was a little apprehensive about being in a big steeple city church after serving much smaller churches.

On our first Sunday in July, our three children, who were going to enter sixth, fourth, and first grade, sat alone in the front pew of this large Gothic style sanctuary. After all, we didn’t know anyone yet, and that way we could keep an eye out on the kids. That was our first mistake. When the time came for the children to be introduced, they marched up the stairs to the chancel area, whereupon our middle child, Garth, started waving his hands to the congregation just like a politician. I could feel my face turning red with embarrassment. But that was nothing compared to Garth making a paper airplane from the church bulletin and flying it from the front pew during the sermon.

And what about Lent? The six weeks preceding Easter are often seen as a time of not only giving up something for Lent, but more often adding something. Some people give up candy for Lent, or chocolate, or coffee, or desserts. Others fast on a certain day during Lent. The idea is that when we give up something that meaningful to us, we learn about spiritual disciplines.

On the other hand, some people add things to their lives during Lent. Perhaps it’s joining a short-term study group, reading through the gospels, visiting someone in a nursing home once a week, or giving extra money to a mission cause.

In Jesus’ day there were three great works of the religious life: almsgiving (or giving to the poor), prayer, and fasting. To the Jews, almsgiving was the most sacred of all religious duties. Jesus certainly does not dispute here that giving to the poor is important. What troubled Jesus was the motive of many of the Jews, who made a big show of giving their money in the synagogues so that others could see how much God had blessed them.

In the same way, it was tempting for the Jews to flaunt their prayer life, which was the second work of the religious life. Some liked to parade their righteousness publicly by praying on the street corners. This is how it was known that they were carrying out exactly what God wanted them to do.

And then there was fasting. The Jews fasted as a sign of mourning; in order to atone for sin; as an outward expression of an inward sorrow; and as a symbol of national penitence. Or they would fast in preparation for a revelation from God.

Could it be that Jesus wants us to learn from this scripture that we shouldn’t practice our religion in front of others in order to be recognized? What do you do in secret? Are you doing anything in secret? Are you pleasing God at all?

Henri Nouwen, who was one of the most perceptive spiritual writers of his time and was one of my professors at Yale Divinity School, wrote a book entitled Letters to Marc about Jesus. It was addressed to his 19-year-old nephew in Holland.

Listen to what Nouwen wrote to Marc, “I don’t think you’ll ever be able to penetrate the mystery of God’s revelation in Jesus until it strikes you that the major part of Jesus’ life was hidden and that even the public years remained invisible as far as most people were concerned. Whereas the way of the world is to insist on publicity, celebrity, popularity, and getting maximum exposure, God prefers to work in secret. In God’s sight, the things that really matter seldom take place in public.”

As we enter the holy season of Lent on Ash Wednesday, how is God calling you to practice your faith? What spiritual disciplines might you embrace to help others claim the good news of Jesus Christ and seek treasures in heaven?

Let us pray. God, grant that we would discover the secret of living in your presence. Grant us wisdom and courage to yield to your intentions and purpose for our lives. Grant us insight to discern what is pleasing to you and give us strength to do it. Help us not to live glib and superficial lives but cleanse us by our confessions and make us worthy disciples, through our Lord Jesus Christ. Amen.

I will share another devotion from Reverend Melissa Drake on Sunday.

This week’s POSTCARD RECREATION PROJECT subject is the Sacred Heart Catholic Church. I actually couldn’t find much on the history of the church. There isn’t a “history” section on their website. However, I did find some information on the church on the website of the artist that decorated the church in 1937, John Mallin. Unfortunately, all his decorations have since been covered up, removed, or destroyed.

The first Catholic mass was said in Boone, Iowa in 1860 for two Catholic families. A frame church in West Boone was dedicated in 1865 to St. Joseph, and later changed to St. Patrick after the acquisition of a parish cemetery to St. Patrick. A new frame church was built in the lartger community of Boone on the corner of 12th and Marshall Streets in 1880, and the church was renamed Church of the Sacred Heart. The parsonage burned in 1891, and was replaced with a brick structure that same year. In 1894, a cornerstone was laid for the current Sacred Heart church, which is a large Romanesque stone structure. It was dedicated in December of 1894. 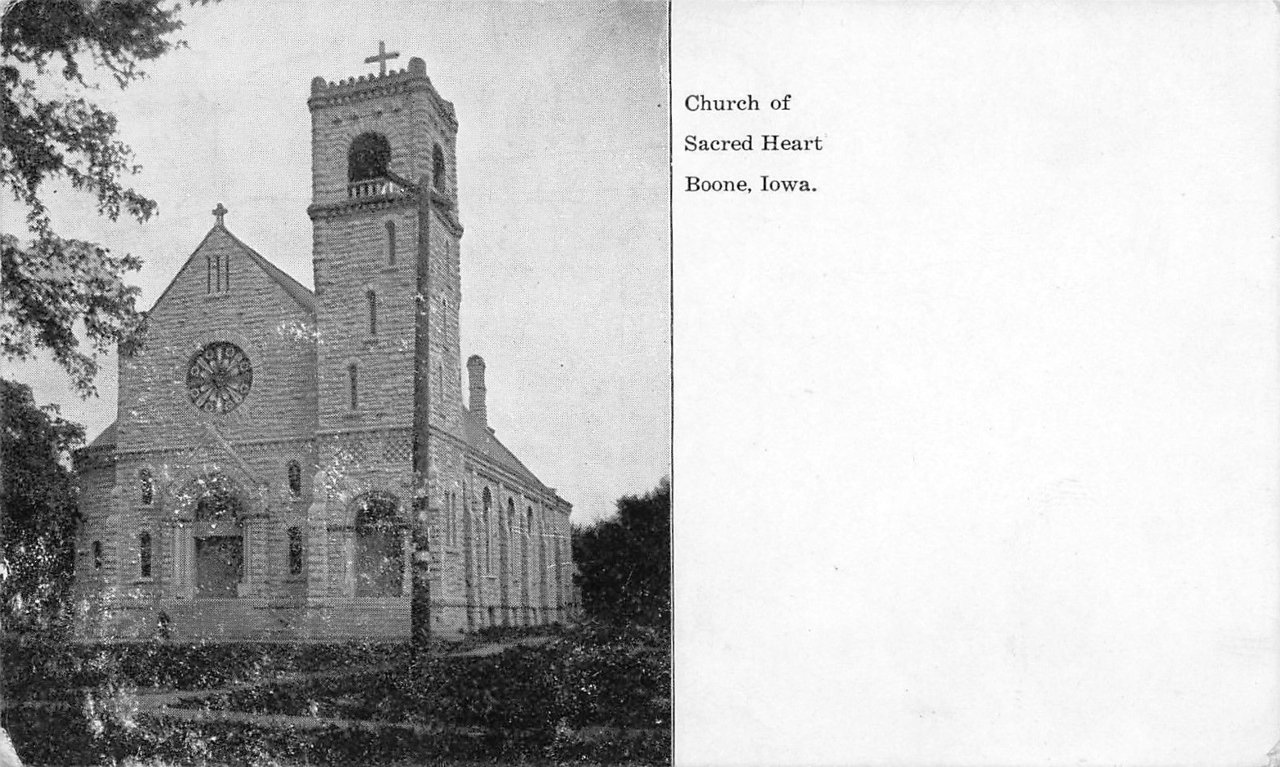 The next time we check-in on this project, it will involve more downtown intersections.