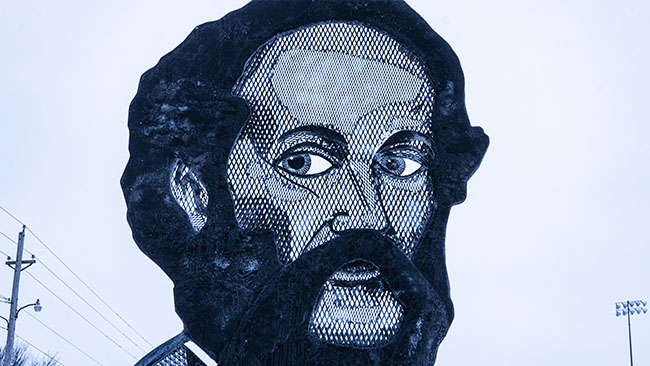 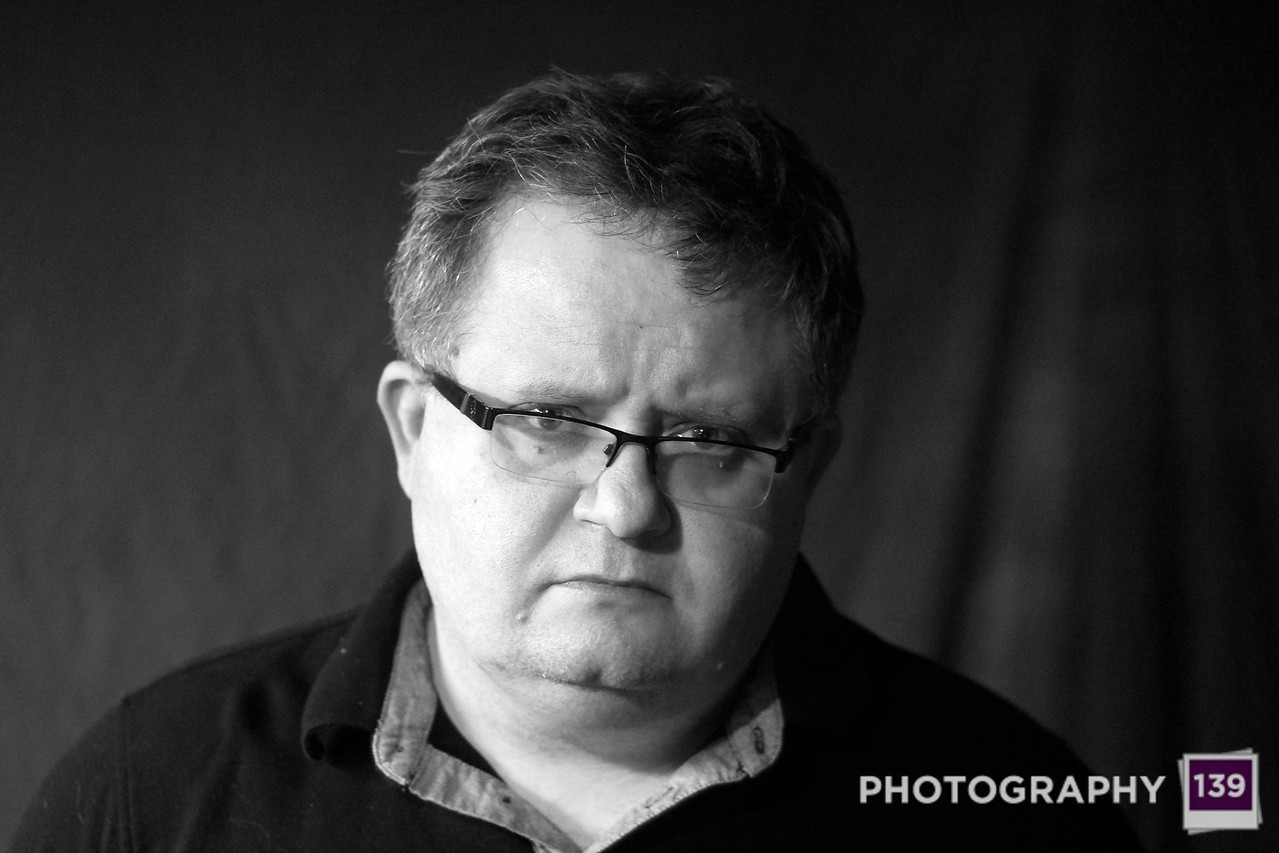 I’m combining the auxiliary images from the town sign harvesting trips I made to Dallas County and Polk County to harvest their town signs for THE TOWN SIGN PROJECT because there really weren’t that many for either town. I don’t know I went to any place in either county that I hadn’t been before, besides maybe Runnells. Some of these pictures are actually taken in Guthrie County and one is taken in Madison County.

Here is the collection:

Who controls the British crown? Who keeps the metric system down? We do, we do!

Who keeps Atlantis off the maps? Who keeps the Martians under wraps? We do, we do!

Does this mural imply an integrated marriage in Iowa in 1856? I hope Iowa was that progressive in 1856… but I have my doubts.

It is amazing with all the terrible things I say about Masons (particularly in the “Comments” section of these posts) that they haven’t come after me yet. When, I know that one of the people that posts comments sometimes is a Mason. Perhaps I’m under the cloak of his protection. Do I owe my continuing existence to Joe Duff? Have I said too much?

One thing I haven’t said too much about is Dexter, Iowa and its page in the history books on American Criminal Justice.

It is really hard to read, but it is a historical mark set near the place where Bonnie and Clyde had a shootout with local law enforcement. While Bonnie and Clyde both escaped, they did manage to capture Clyde’s brother Buck and his wife. Buck ultimately died from injuries he sustained in the shootout.

Here is the story from the Dallas County website:

Bonnie Parker, Clyde Barrow, and the Barrow Gang arrived in Dallas County in July of 1933. They had established quite a reputation throughout the Midwest as thieves and murderers, and had killed several police officers. These fugitives from the law were always on the move, trying to keep one step ahead of the “laws,” as they called them. This was not their first trip to Iowa; several past bank robberies had been attributed to them. On this occasion, their travels took them to a rural area north of Dexter in Dallas County. They chose the remote location of old Dexfield Amusement Park and set up their camp on a wooded hilltop overlooking the park site.

They were on the run from a big shoot-out with police in Platte City, Missouri, a small town north of Kansas City. Gang members arriving in Dexter were Buck Barrow, Buck’s wife Blanche, and a teenager named W.D. Jones. Buck was the older brother of Clyde, and had been severely wounded in Platte City. They spent 4 to 5 days in the Dexfield park area, intending to hide out, rest and recuperate.

The Barrow Gang arrived in Dexter with one car. Due to Buck’s condition they decided they would need a second one and decided to go car “shopping” in Perry. They selected (stole) a 1932 Model “A” Ford belonging to Ed Stoner. Clyde was a great fan of Fords; in fact, he wrote a letter to Henry Ford telling him how much he liked his cars. The funny thing is, Ford used Clyde’s letter to sell more cars.

Clyde, according to several eyewitness accounts, made several trips into Dexter to buy food and medical supplies. The townspeople, not knowing who Clyde Barrow was, sold them the things they needed. During the Depression if someone came in with cash money to spend a merchant was going to do business with that person and not ask many questions. The local police officer, John Love, who worked in a clothing store, sold him shoes, shirts and socks.

A man named Henry Nye, out hunting wild blackberries on his property, came across the camp. He found a bloody map, a shirt with blood stains and used bandages. It seems that Mr. Nye was not the first to discover the camp of the Barrow gang. A troop of fourteen Girl Scouts led by Della Gowdey, camping at the old pavilion of the park, took an early morning hike and walked right into the Barrow Gang campsite. Maxine Schell “Hadley,” a member of this troop, said the campers acted quite surprised. She had no idea who they were. Della and the other girls said good morning; Maxine remembered the campers smiled and returned the welcome. Maxine said she thought nothing about it until the next day when she saw two people in Dexter whom she had seen at the campground. The man was eating an ice cream cone and the lady had none. She thought it was very discourteous of the man not to offer the lady some ice cream as well. These two people were probably Bonnie and Clyde.

Henry Nye contacted John Love and the two men returned to the park together. With binoculars, John could see two cars parked in the campground. He decided to contact Dallas County Sheriff Clint Knee and find out if any outlaws had been reported in the area. The Sheriff informed him of reports about the Barrow Gang being around. Not knowing if this was the Barrow Gang or not John Love told him to bring his “heavy artillery” and come to Dexter.

Sheriff Clint Knee quickly organized a posse that included Des Moines police officers and detectives; a Des Moines dentist, Dr. Hershel Keller, who brought his own submachine gun, and many locals, in total about 50 people. The posse converged on the campsite at 5:00 a.m. on July 24, 1933 in what quickly became the biggest shootout in Dallas County history.

The Barrow Gang was up and eating breakfast when they noticed movement in the brush around their camp. The posse opened fire. The gang returned fire with Browning Automatic Rifles: military guns that had been stolen from National Guard armories. The posse retreated under heavy fire, giving the gang time to attempt an escape.

They all piled into one car; Clyde was hit in the shoulder and ran the car over a tree stump. Unable to free the car, they fled to their other car. It had been shot up by the posse and would not run, so Bonnie, Clyde, and W.D. Jones took off, leaving Blanche and Buck. Everyone in the gang had been wounded except Blanche. Bonnie, Clyde, and W.D went east and then north towards the South Raccoon River. Clyde tried to go back to the road through the old amusement park. He was met by two members of the posse: Deputy Evan Burger and the editor of the Dexter Sentinel, Everett Place. He exchanged gunfire with them and went back to Bonnie and W.D. Together they crossed the river and worked their way behind Spillers Cemetery. They were all wounded and losing blood.

Leaving Bonnie and W.D., Clyde approached the farmstead of Vallie Feller, intending to steal a car. Mr. Marvelle Feller later recalled this encounter. Vallie, Vallie’s son lvlarvelle, and hired man Walt Spillers were on their way to milk the cows when they saw a small bloodied man walk out of the cornfield. Clyde pointed a. 45 caliber revolver at them. As the Feller’s dog barked and bounded toward him, Clyde told them to pull off the dog or he would kill, it. He then told them he needed help. He whistled and WD came up the fence carrying Bonnie. As Marvelle and Vallie helped lift her over the fence, Vallie dropped her. Clyde was quite irritated by this and told them to hold on to her. He next told them he needed a car. The Fellers had 3 cars on the place but no money for fuel. The only car that was running was the Feller family car: a blue 1929 Plymouth. During this exchange, Marvelle’s mother and 9-year-old sister came out of the house to see if the men knew anything about all the shooting going on. She walked right into the rest of her family being held at gunpoint by Clyde, and became quite excited and very upset. Clyde told Vallie to settle her down. He said “the laws are shooting the hell out of us and all we need is the car to get out of here.” Bonnie and W.D. Jones got into the back seat of the car and Clyde got into the driver’s seat. The car started right up, but Clyde had never driven a Plymouth, and Marvelle had to show him how to shift the gears. Clyde thanked Marvelle for all their help and said he would pay them back someday. For a long time afterwards, the authorities censored the Feller mail but nothing ever arrived. It is interesting to note that after W.D. Jones was captured and confessed, he said Clyde was out of ammunition when he confronted the Feller family that day. Marvelle said he thought he could have taken them on but did not want to risk Clyde testing his .45 caliber revolver on him.

With the Feller car, Clyde drove to Polk City, about 38 miles northeast of Dexter. Here they wrecked the car, so they held up a gas station and stole another car. They doubled back 40 miles to Guthrie Center. There they were spotted and surrounded by 200 men in a posse. Incredibly, they managed to escape again, mostly through the driving skills of Clyde, and were last seen about 60 miles northeast of Sioux City. Buck and Blanche Barrow were captured by the Dexter posse. Buck had been severely wounded. He was taken to the Dexter Hospital where he was treated by Doctors Chapler and Osborn. He was eventually sent to King’s Daughter Hospital in Perry, where he died five days later. Blanche was eventually taken back to Missouri and tried for her part in the Platte City shoot out. She was convicted and sentenced to ten years in prison and served six years of that sentence before being released on good behavior. She led a crime free life after that. W.D. Jones eventually left the gang and went back to Texas. A co-worker there turned him in to the police, and he served time in prison for his role with the Barrow Gang. Bonnie and Clyde had escaped this time, but the shoot-out in Iowa was the beginning of the end for them. In less than a year, on May 23, 1934, they were ambushed and killed in Gibsland, Louisiana. Bonnie and Clyde may have died that day, but the “Legend of Bonnie and Clyde” continues to this day.

I hope it warms up soon and the backroads in Iowa get cleared up, so I can check out more of these historical Iowa treasures.