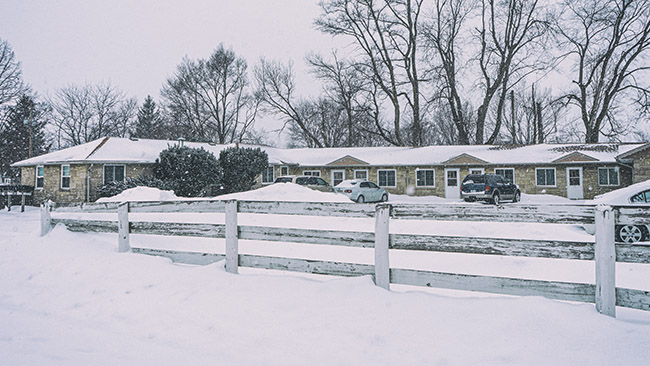 The subject this week’s THE POSTCARD RECREATION PROJECT are a couple of former Boone Motels. The Shangri-La Motel and the Topper Motel. There is another defunct motel in Boone that is behind the Barkley House on Mamie Eisenhower between Boone and Story Streets. I don’t know the name of that old motel and I couldn’t find a postcard of it. It is now apartments. The Topper Motel is now an apartment as well. The Shangri-La buildings didn’t stand the test of time. It was torn down and replaced by a Subway.

That is about all the knowledge I have on either motel. Their histories don’t seem to be documented. At least not in an easy online place that I could find about on the Googles. I did find a little bit of info on the Shangri-La on Mo Kelley’s blog, KELLEY’S KORNER:

From the Texas Hill Country, Chuck Brainard, BHS-50, wrote, “the Shangri-La motel was on the east side of Story Street between Fourth and Sixth Streets. It was a small, white double row of rooms, built, owned and operated by Glenn and Polly Brooks in the beginning. Glenn was a railroad passenger conductor and they were friends of my family. People said that Glenn bore a strong resemblance to the late actor, Franchot Tone.”

Loren Frazier, BHS-58, wrote, “you were correct on the location of the Shangri-La, north of the telephone company building on the east side of Story Street. The current occupant of that area is the Subway store.” Loren even sent a photo of the Shangri-La.

John McLeod, BHS-58 added, “I recall the Shangri-La’s grand opening. It was quite an event. The motel was hailed as “up-scale” and a real benefit to Boone. That Fourth and Story intersection, in those days, was the “cross-roads of the city” for years as Mamie Eisenhower then was Highway 30, the Lincoln Highway. The Shangri-La motel was in a perfect location to capture travelers. The other three corners of the intersection, as you will recall, were occupied by service stations.”

The Kornerman has just one more thought on that subject. Way back in a small corner of my 82-year old mind, I’m getting a “recall.” Didn’t the late Alex Mahood, the old drummer, and family own and operate the Shangri-La in its later years? Sandy, BHS-64, where are you? Is the Kornerman right, or dreaming………again?

With recollections, it is hard to tell how much of that information is accurate, but I will accept that it is. Especially the part about Franchot Tone. 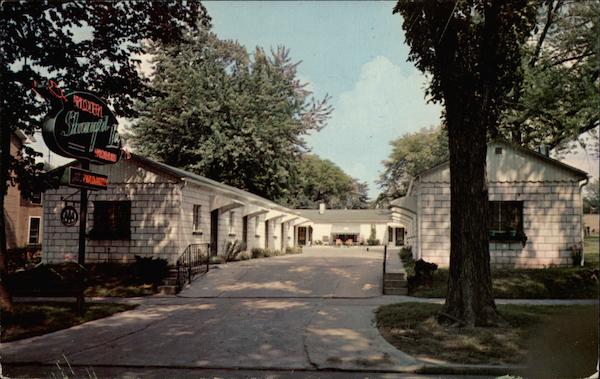 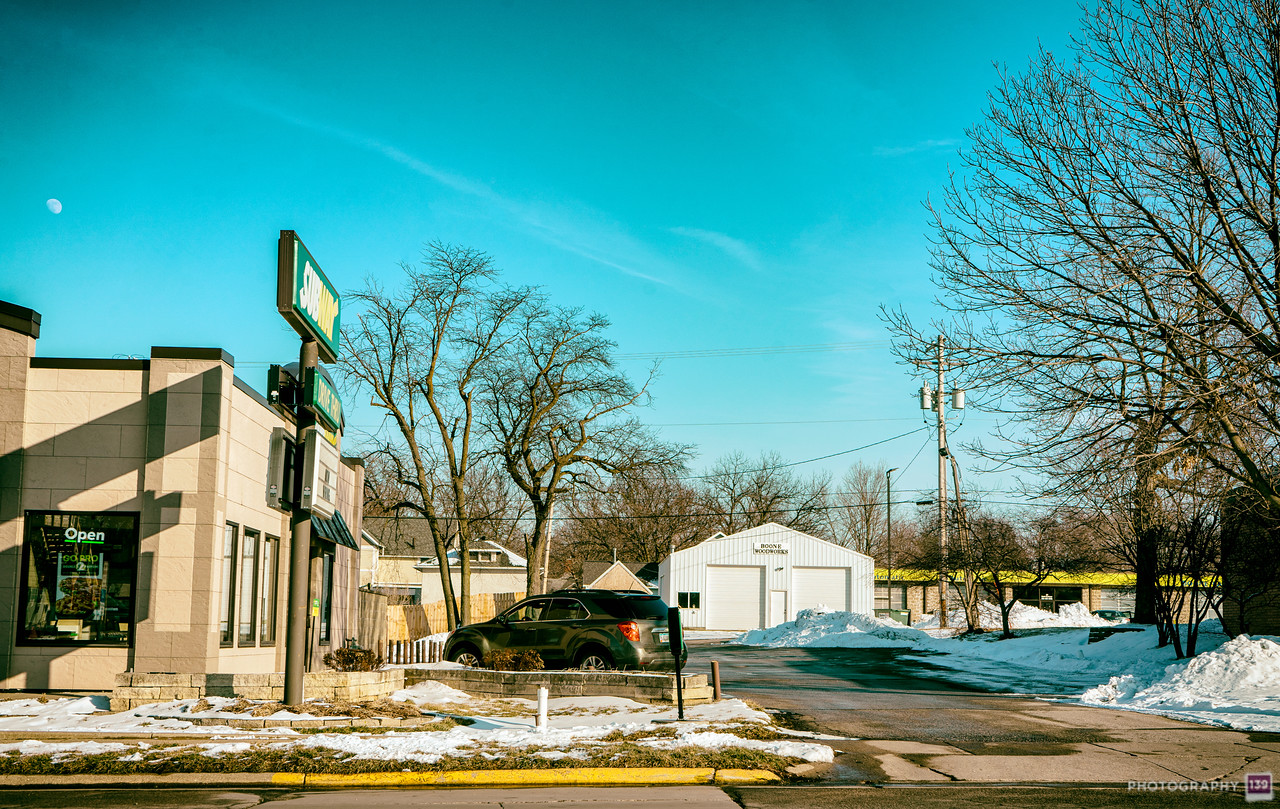 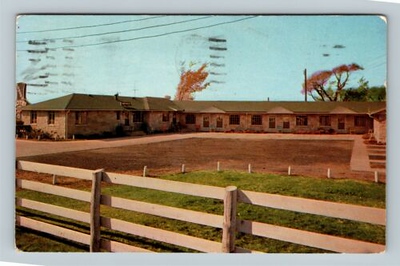 Topper Motel – Original
Back of Postcard: On Highway 30, Boone, Iowa. Phone 2681 – First stop from the East… last stop from the West. Tops in sleep… Tops in food… Tops in Service. Television in all units. 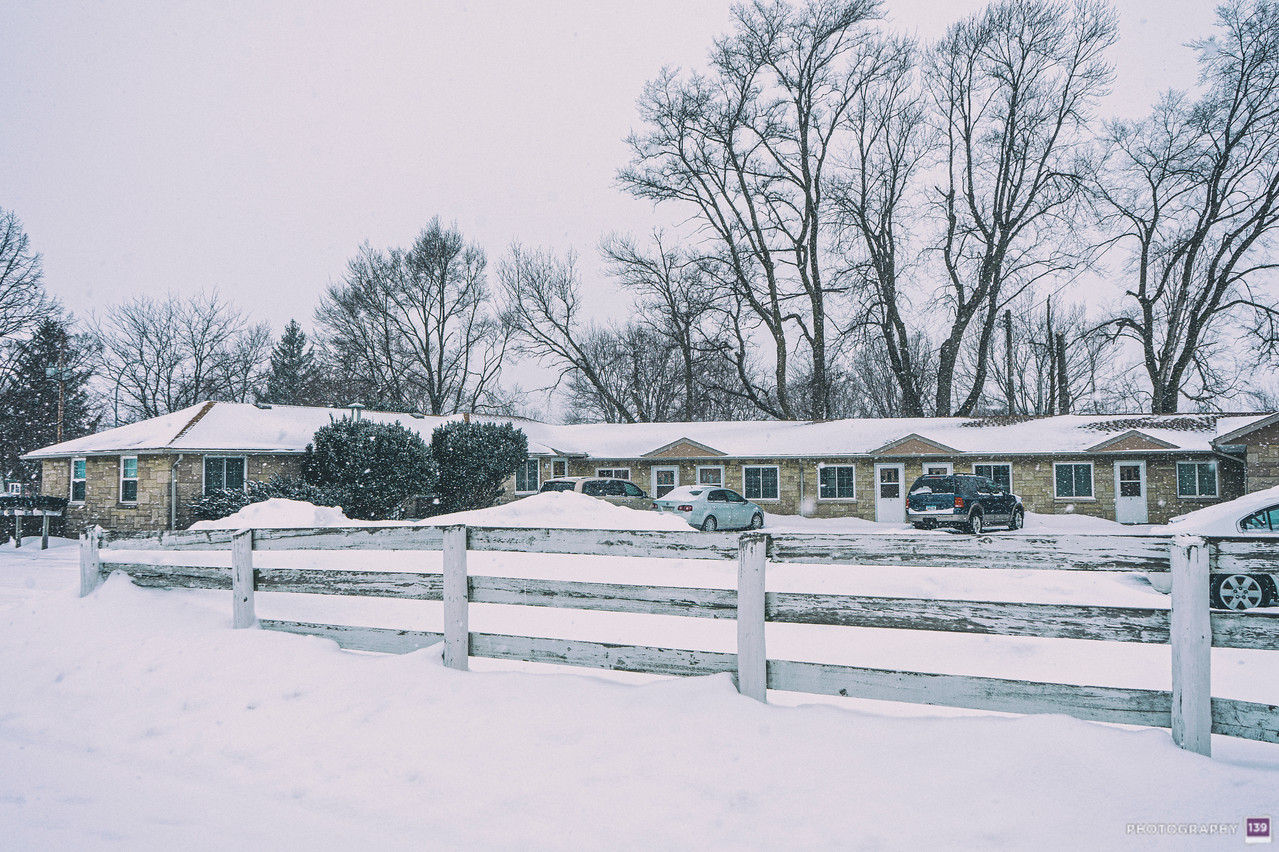 The Topper Motel was next to the old Chick-A-Dine Restaurant. That would eventually become the Black Knight. That eventually would become… well that is a story for another POSTCARD RECREATION PROJECT.

Both of these postcards were published by The Hamilton Photo Co. of Ames, Iowa.

The next time we check in with the POSTCARD RECREATION PROJECT, it will involve a church.

On an unrelated note, on my list of things to do in the post-pandemic world is to stay in a small town motel. I need to compile and publish this list so you people can help keep me accountable.

Looking forward to getting that vaccine some time in late July!

This is your reminder that this week’s THE WEEKLY PHOTO CHALLENGE theme is WIND: 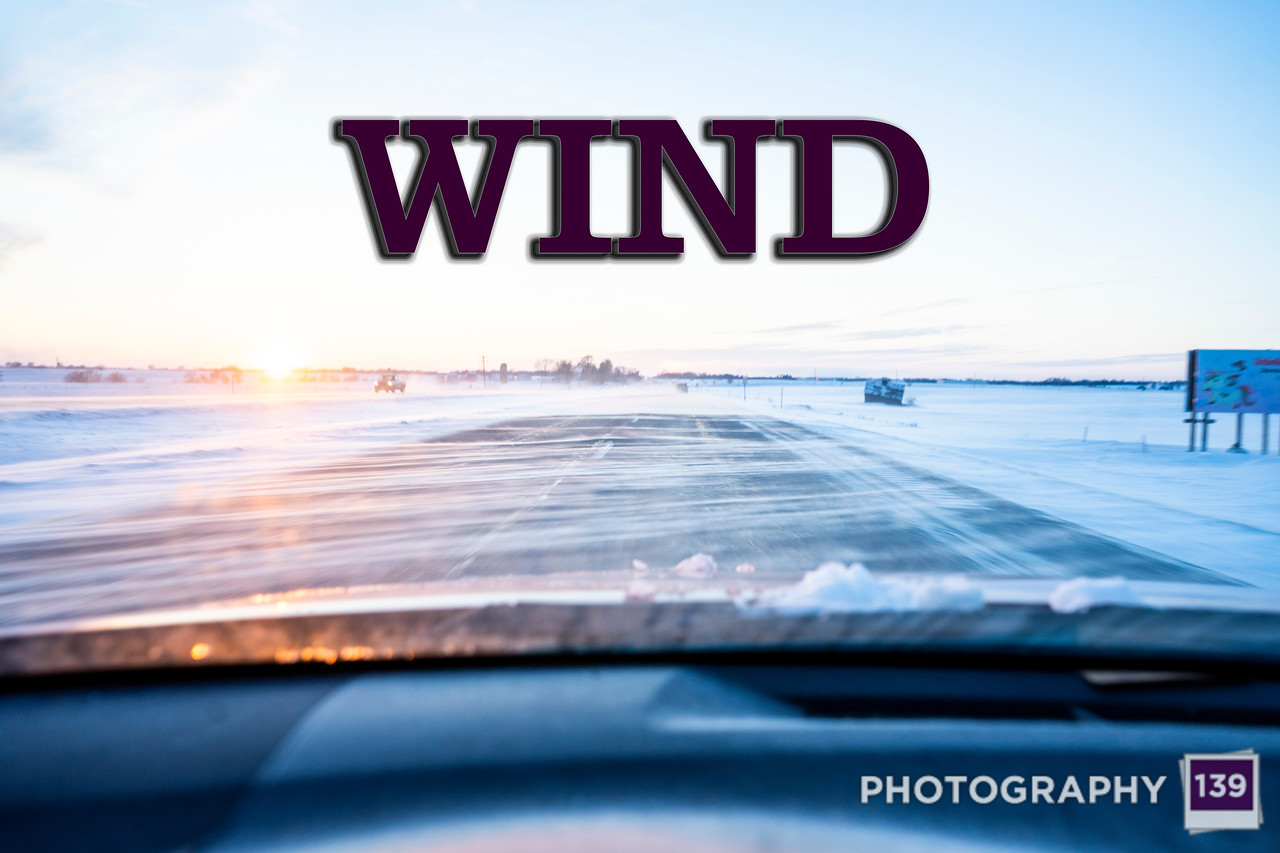 WIND was a theme that was suggested by Andy. He practically dared me to use it as a theme because he said it would break the double digit streak. Well, challenge accepted!

But what is a WIND picture? You can’t see the WIND after all. While WIND might be invisible, you can see the effects of WIND on many, many things. In the photo reveal/example image, it is WIND that is blowing snow across the road. Tamara’s submission for USE OF SPACE could just as easily be a WIND submission. At least here in central Iowa, WIND will be a major factor in our lives this week. WIND chill temperatures could get lower than -30. Andy says we can’t do double digit submissions for WIND. I say that it is almost too easy!

But while thinking of how you are going to compose your wind image, think on the (one of my favorite songs of all-time) lyrics to the song THE WIND by Yusuf Islam:

Meditate on those words while you make your WIND interpretation.