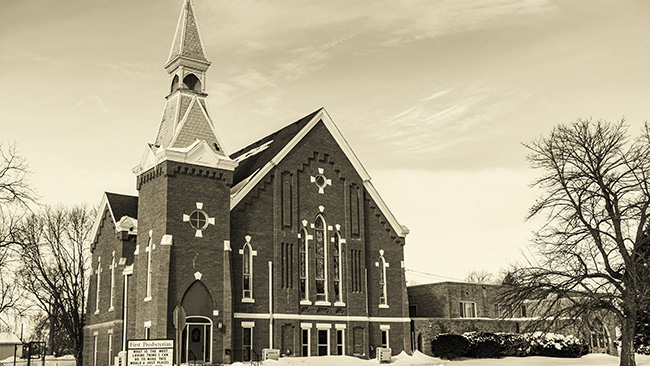 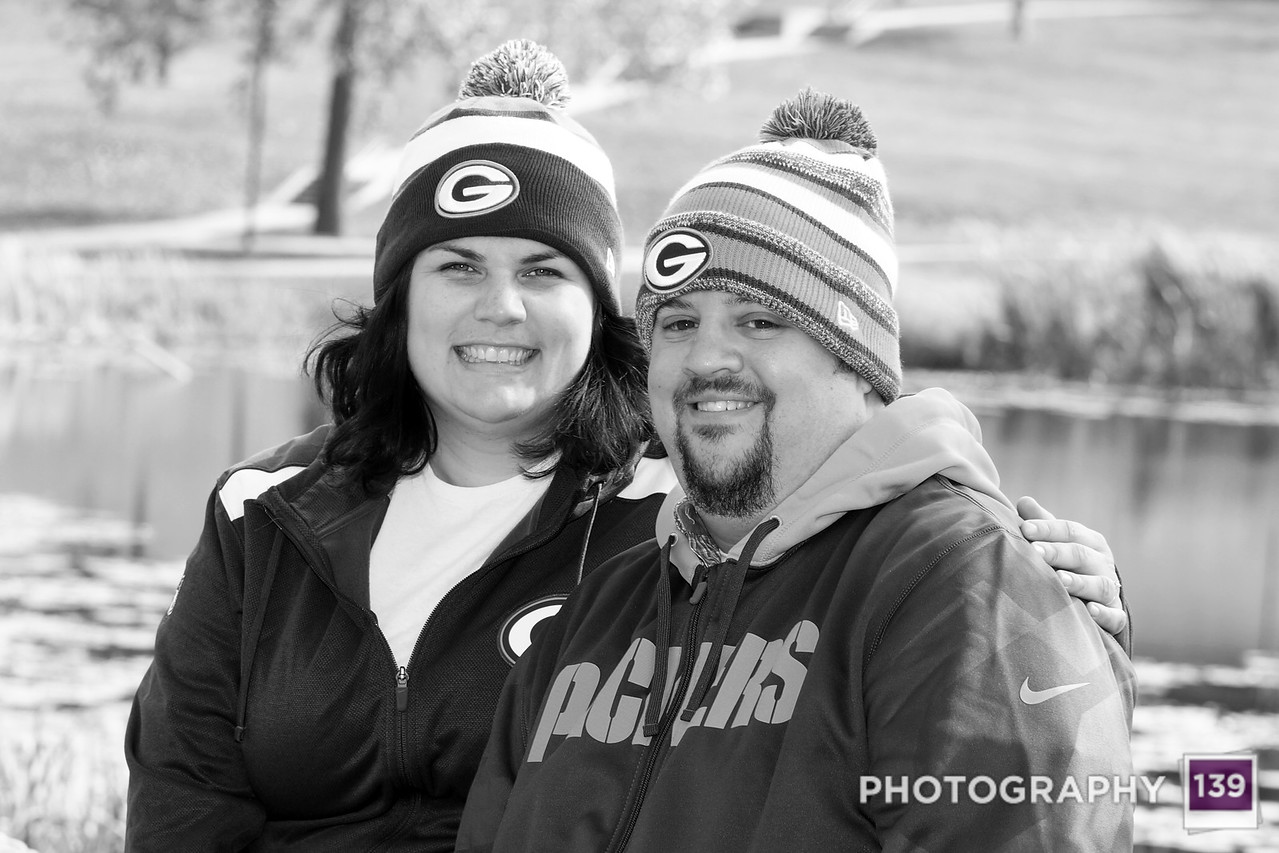 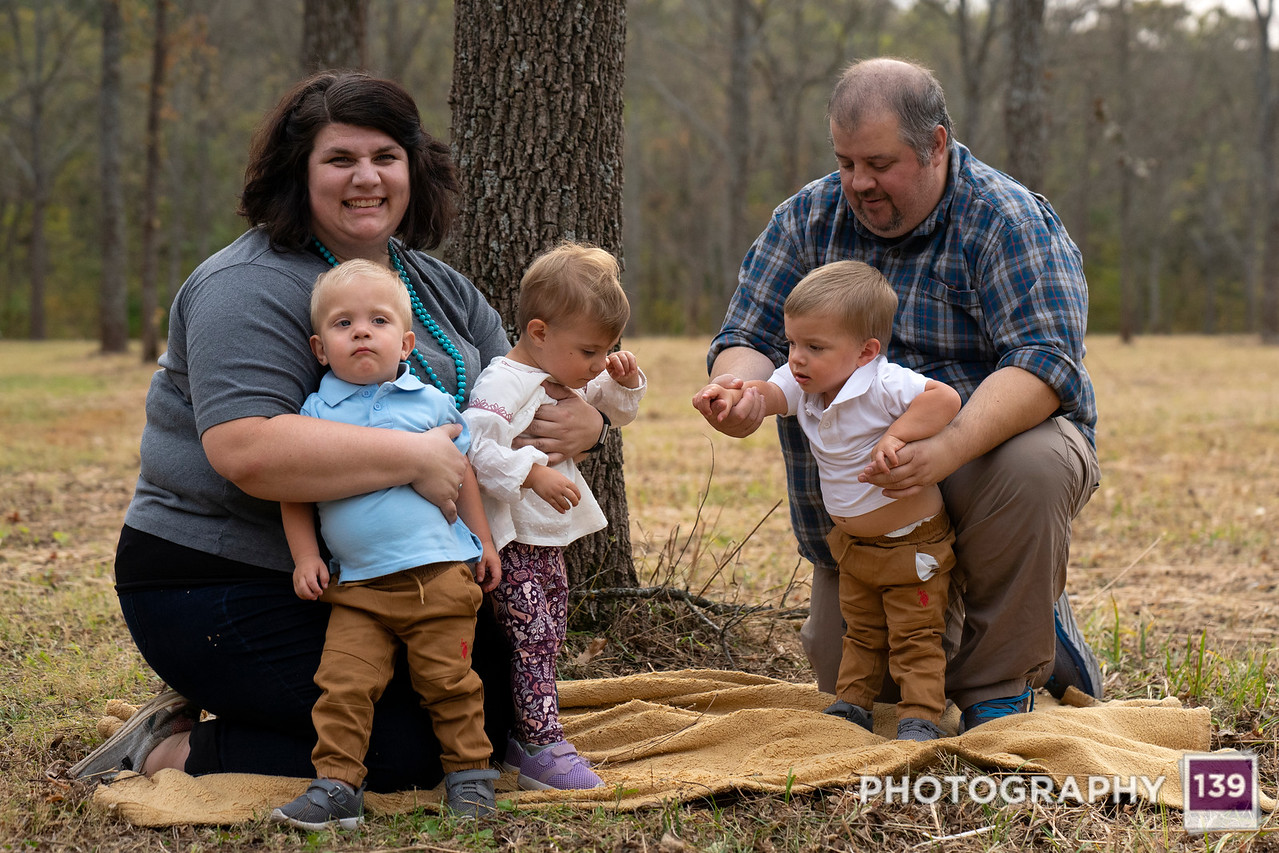 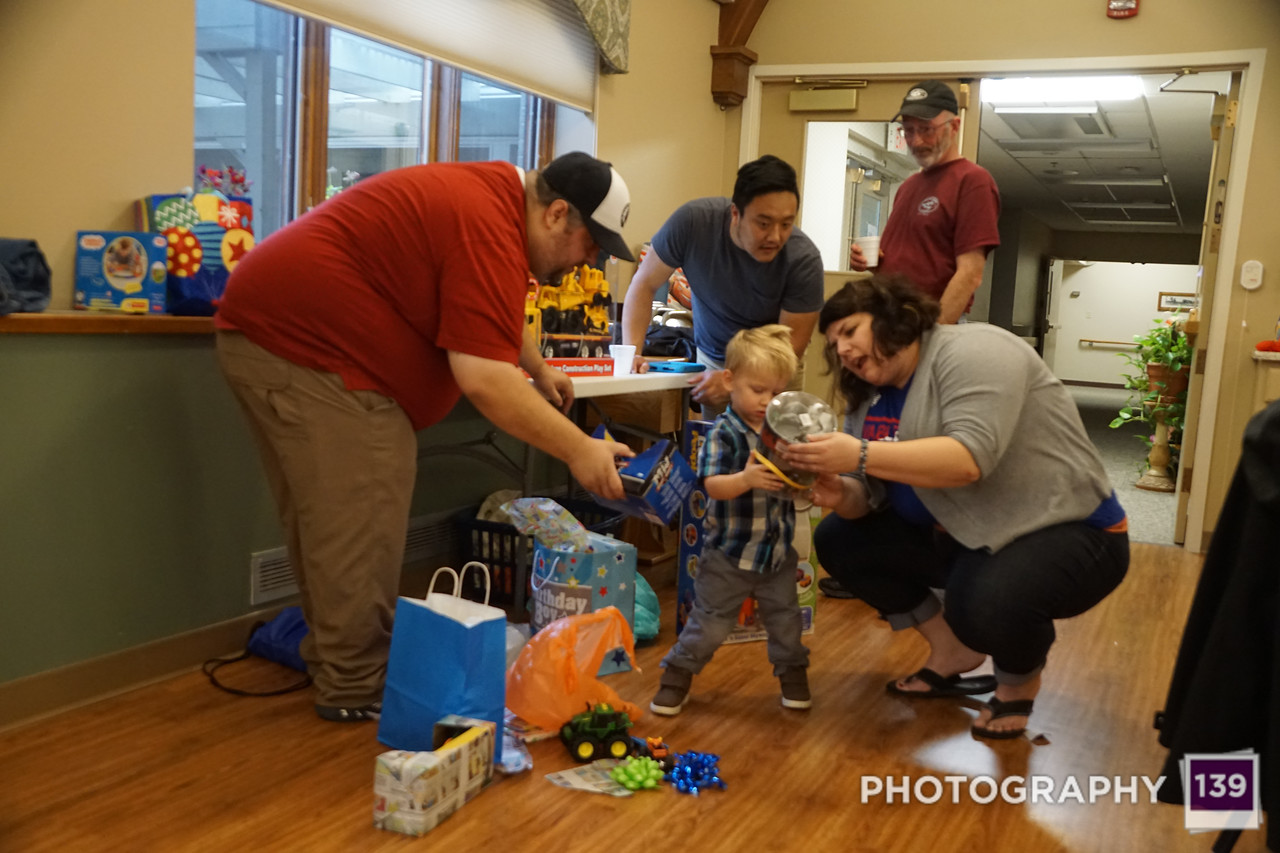 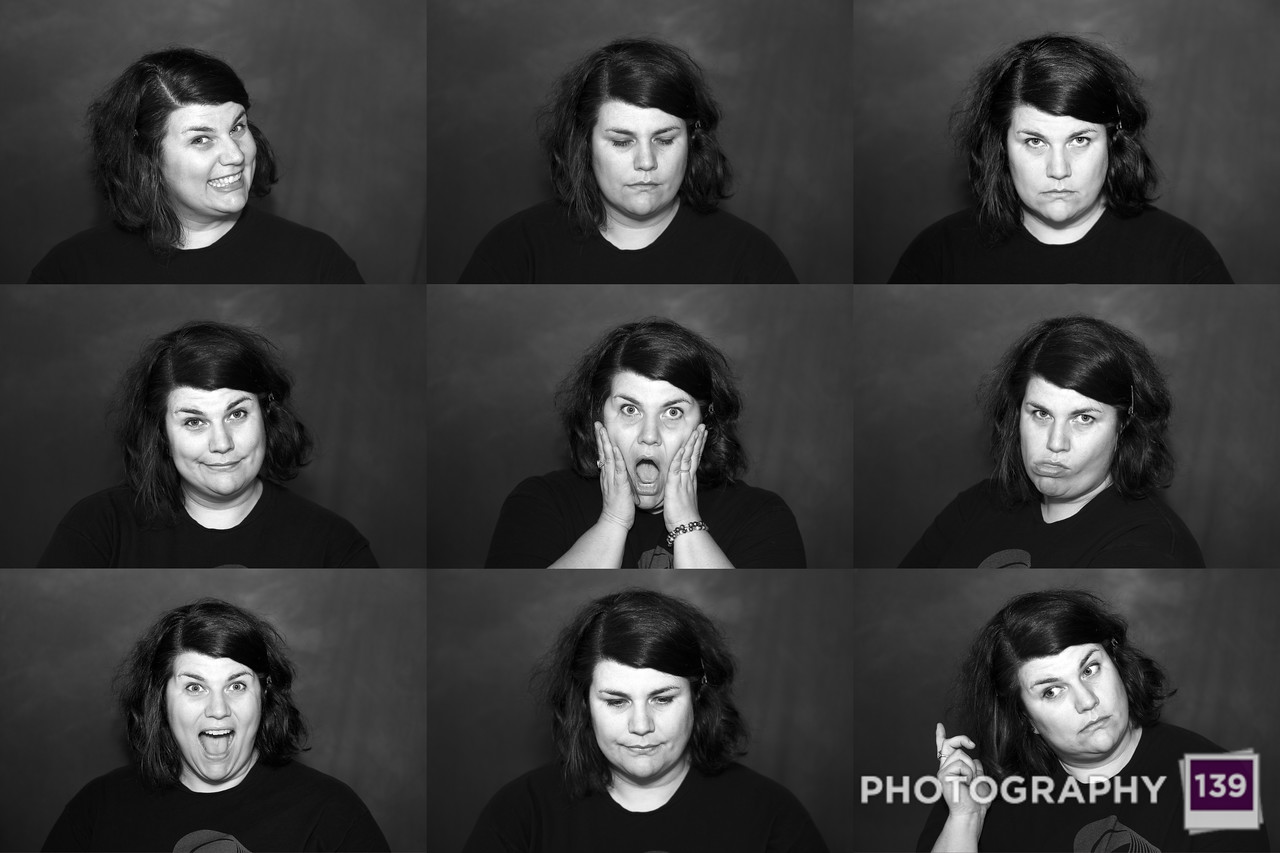 This set of old-timey postcards I recreated for THE POSTCARD RECREATION PROJECT, are of the First Presbyterian Church. Their website has a pretty good “History” section. Here is some of its content:

·The First Presbyterian Church of Montana, Boone County, Iowa was organized with nine members on March 12, 1866

·A church building was erected on the spot where the current Educational Building now stands on March 1, 1868. The cost of the structure was $1,500.

·1878 was the year of the organization of the Presbyterian Women’s Missionary Society.

·A congregational meeting was held to consider the erection of a new church building on February 24, 1879.1879 also marked the beginning of a Christian Education Program.

·Hope Chapel was erected at the corner of Sixteenth and Tama Streets in March 1895.The building and lot were sold in 1949.

·In 1906 this congregation was the largest in the Fort Dodge Presbytery with a communicant membership of 321.

·In 1916 the congregation numbered 519, the Sunday School enrollment was 615 and the annual budget was $5,302.The organizations included the Young People’s Society, the Men’s Brotherhood, and 3 women’s societies.

·In 1939, the first Vacation Bible School was conducted for children.

·In 1947, the Women’s Groups voted to reorganize and become an all-inclusive group to be known as the Presbyterian Women’s Organization.

·The Jordan Presbyterian Church merged and was welcomed to the Boone church by action of the Presbytery on September 22, 1964.

I think the Presbyterian Church is the second oldest standing church building in Boone. I think the Marion Methodist Church is older, but I’ll have to get back to you on that. 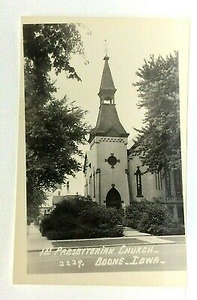 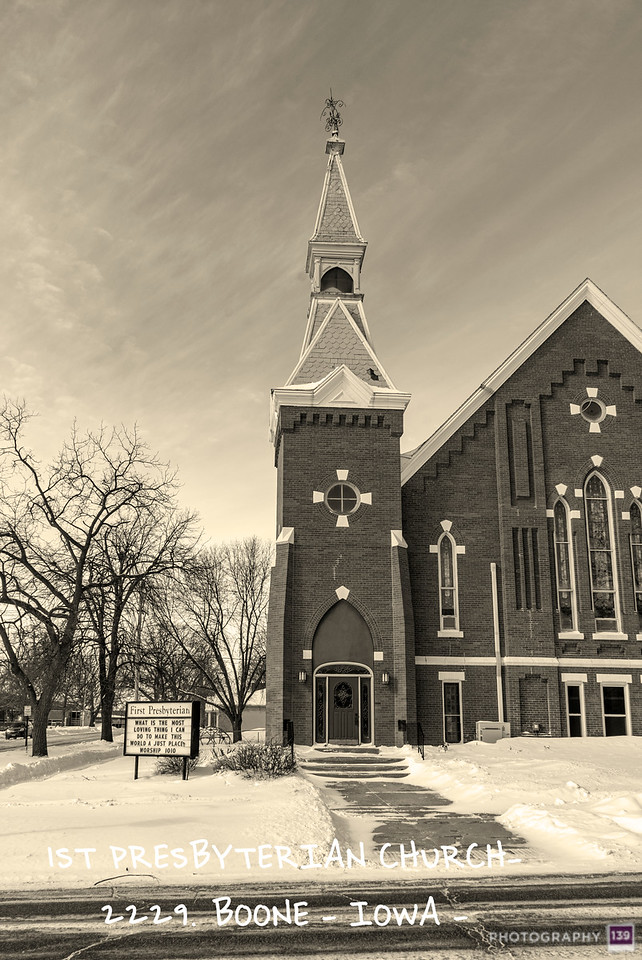 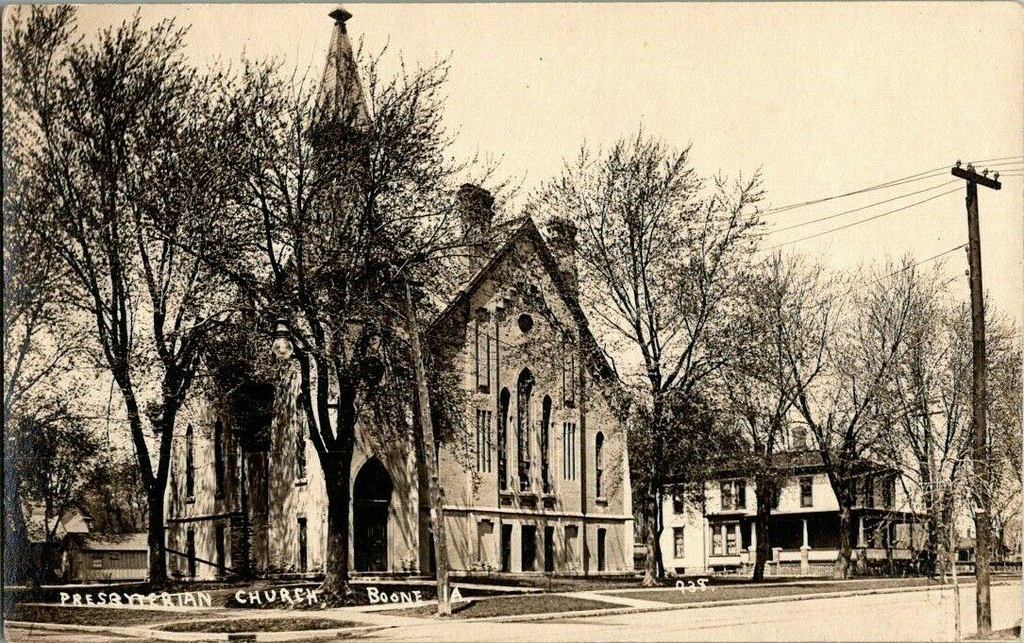 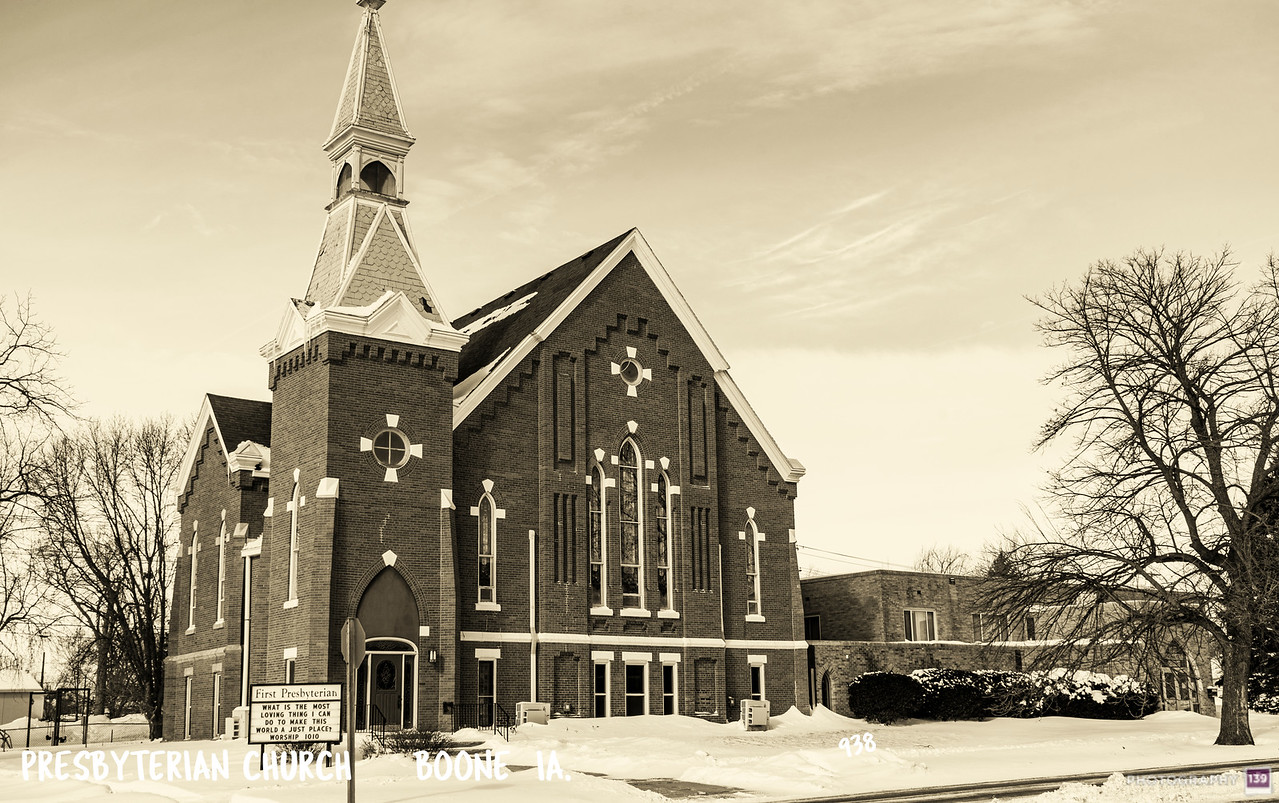 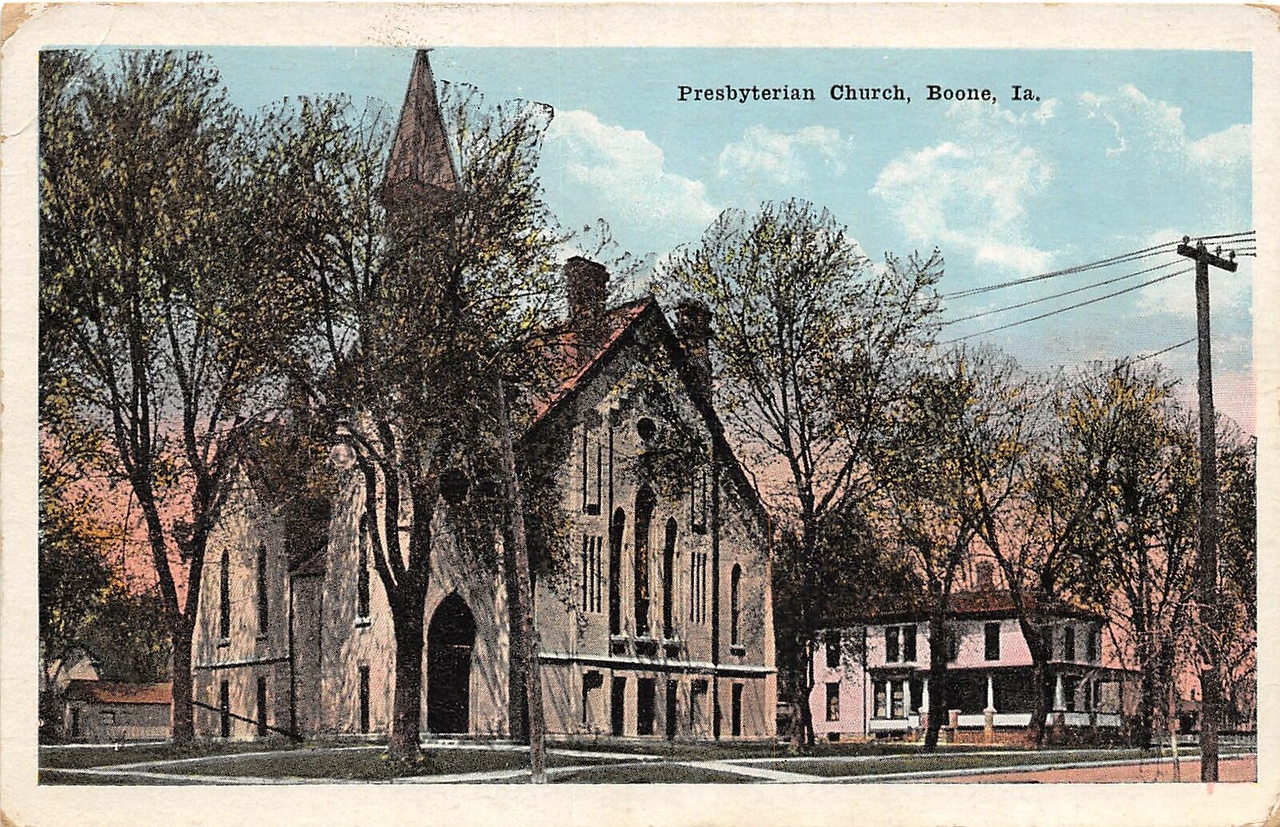 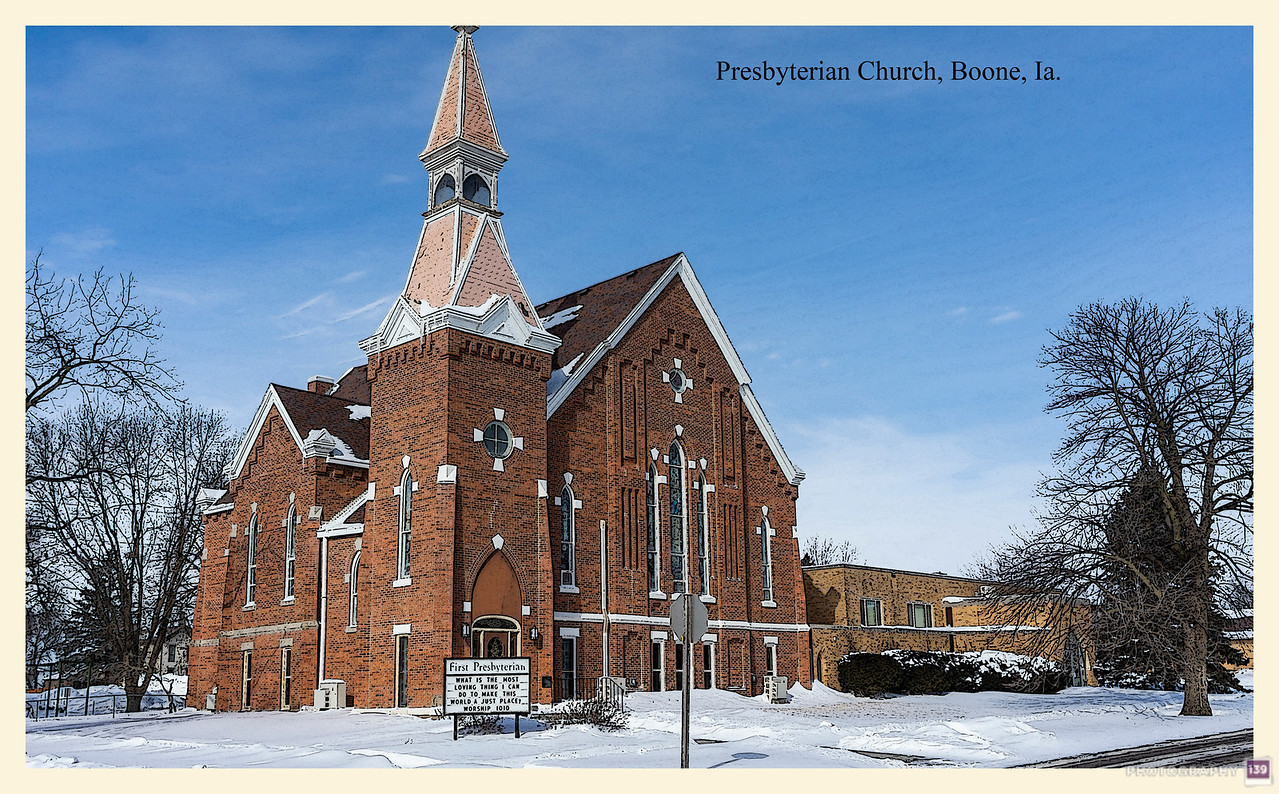 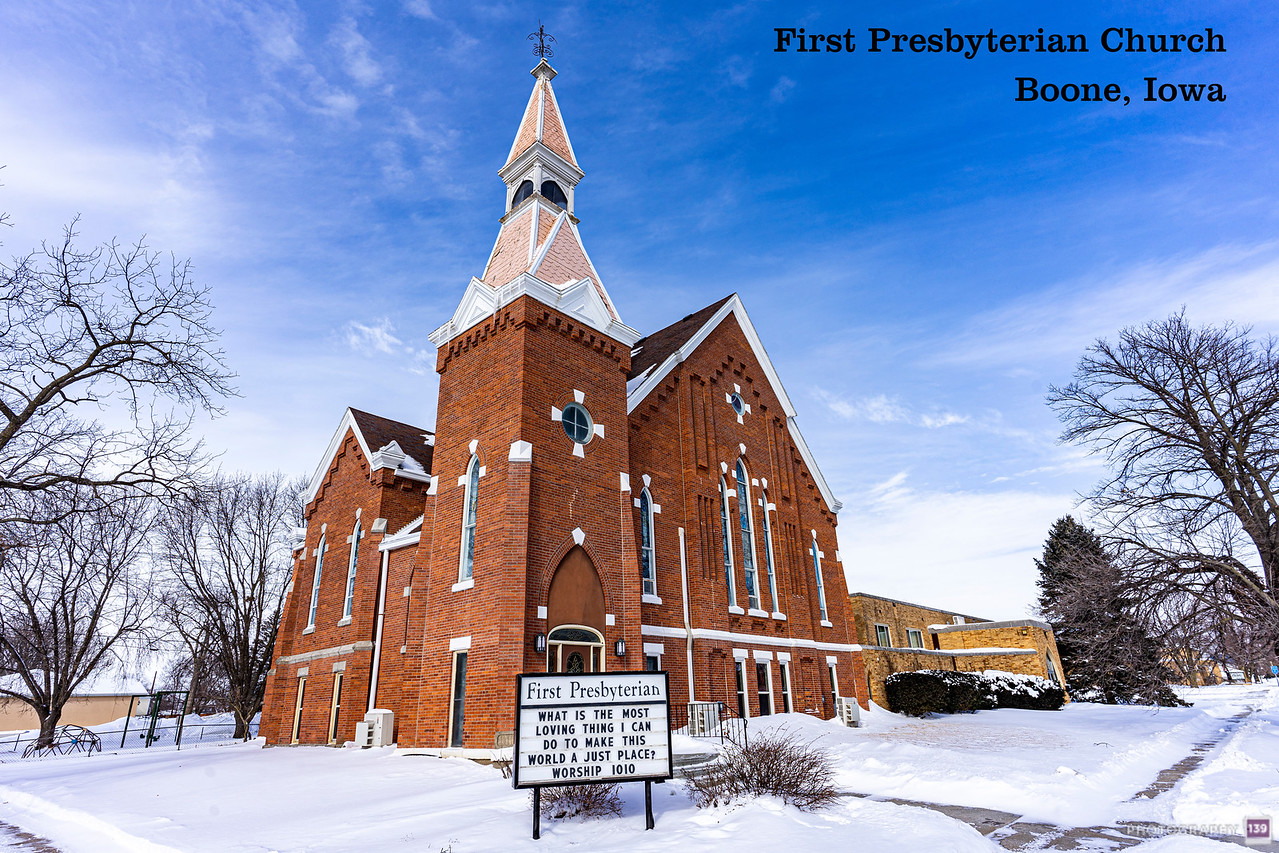 The next time we check in with THE POSTCARD RECREATION PROJECT it will involve a train depot.

This is your reminder that this week’s THE WEEKLY PHOTO CHALLENGE theme is PLAY: 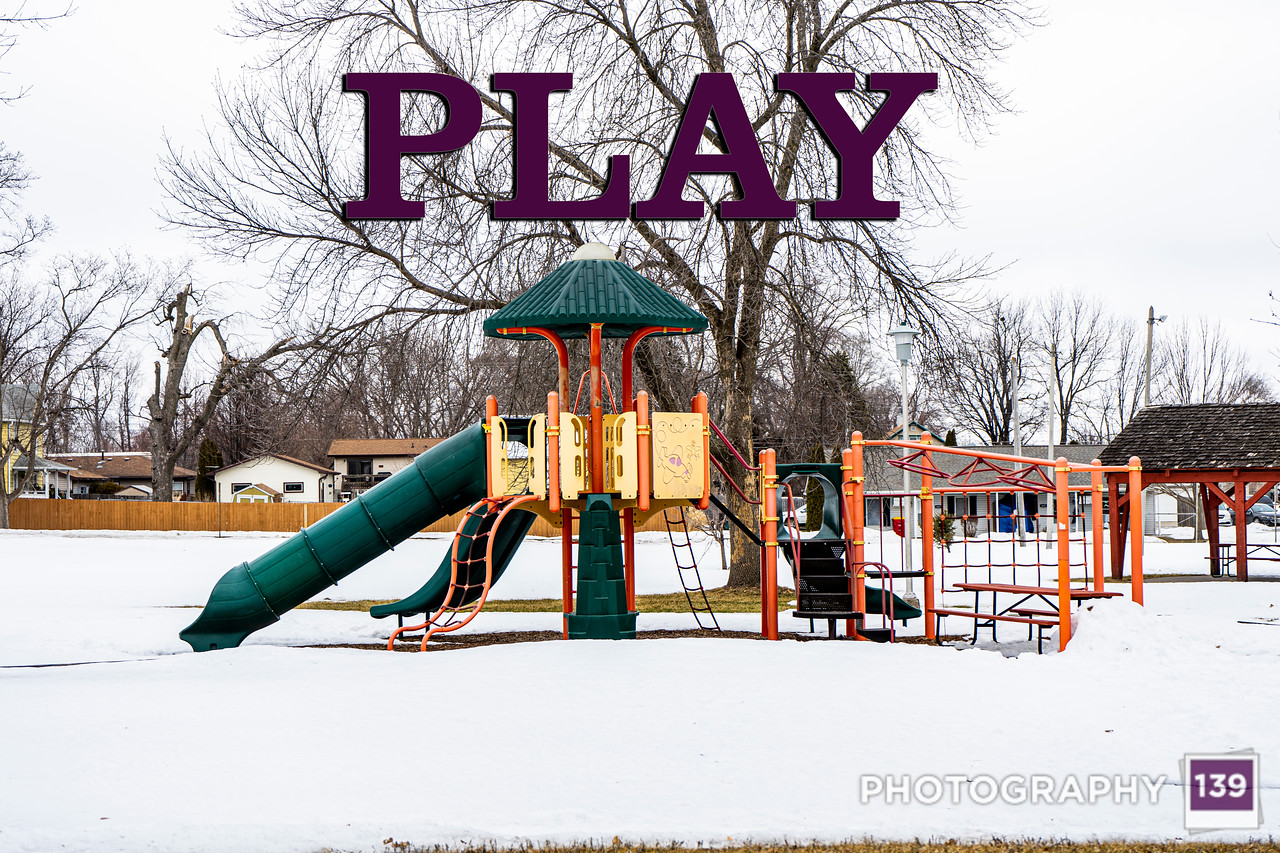 A PLAY image is simply an image where the composition includes either something that is PLAYed or somebody PLAYing. There are all types of things that can be PLAYed. Games to musical instruments to sports to people.

Of course, PLAY has multiple meanings. A PLAY can be words on a piece of paper that tell a story or a PLAY can be acting out those words on a stage. It is more than just humans that PLAY. Animals also PLAY.

Think about the following old proverb when you are considering your PLAY interpretation:

Meditation on these words will no doubt lead to a fascinating PLAY image.