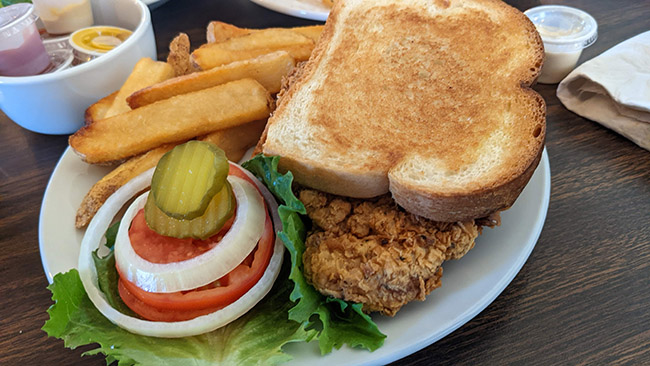 Today is Good Friday. I thought I would share an image I took on a recent road trip that represents Good Friday before getting to a Good Friday devotional. 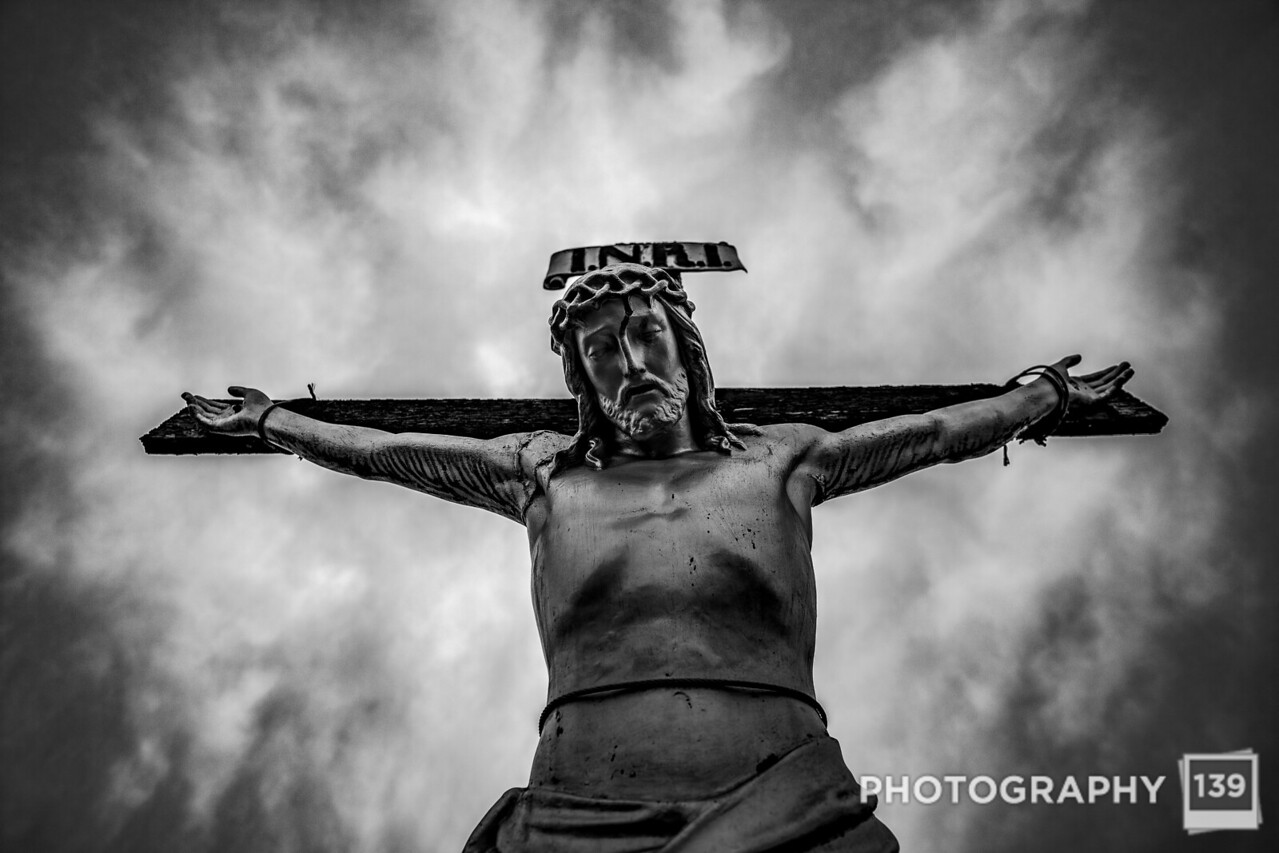 This devotional I took from the UMC website and was written by Rev. Dr. Hannah Ka:

From noon until three in the afternoon the whole earth was dark. At three, Jesus cried out with a loud shout, “Eloi, eloi, lama sabachthani,” which means, “My God, my God, why have you left me?”

After hearing him, some standing there said, “Look! He’s calling Elijah!” Someone ran, filled a sponge with sour wine, and put it on a pole. He offered it to Jesus to drink, saying, “Let’s see if Elijah will come to take him down.” But Jesus let out a loud cry and died.

The curtain of the sanctuary was torn in two from top to bottom. When the centurion, who stood facing Jesus, saw how he died, he said, “This man was certainly God’s Son.”

Some women were watching from a distance, including Mary Magdalene and Mary the mother of James (the younger one) and Joseph, and Salome. When Jesus was in Galilee, these women had followed and supported him, along with many other women who had come to Jerusalem with him.

A dimmed light in theater cues the ending of a scene. The darkness signals the curtain to close. A part of the story has ended. If the protagonist is dead at this end, then we know it is a tragedy. Jesus’ death is a disappointment for those who hoped that he would rise as a new political leader to overthrow the oppressive colonial power of Rome and rebuild the nation that would protect them. For those who executed his death sentence, it is a clear victory against a rebel. This seemingly failed attempt closes the curtain on the story, at least for many human eyes.

From the wider viewpoint of faith, however, it is not. It signals something totally otherwise. At the moment of Jesus’ loud cry and his last breath, there the curtain in the temple is torn in two. This is the curtain that the God-fearing and Law-abiding Jewish people had put up to keep some out. It is torn “from top to bottom” (v. 38) because God breaks the division between the holy and the ordinary and erases the line between what is acceptable and unacceptable.

The death of Jesus is an opening. God opens the closed curtains that we so often put up and walks into our lives. God is not only within our reach, but also reaches out to all humanity with the redeeming grace of the cross. God treasures our ordinary life as a part of eternity. God turns the ends of human tragedy into new beginnings because God’s redemptive story always eradicates any human-made divisive binaries we put up on earth. God follows neither the Roman Empire nor the Jewish Law. God builds a new kin-dom on earth according to God’s all-embracing love. God is… and God does.

O God, help us feel your presence in our daily lives, in our pain and our despair. Open our eyes to see your new beginnings in our endings. Guide us to live as a part of your redemptive story. Amen.

Once again, you are invited to join me at “my” church. The Boone First United Methodist Church for Good Friday. At noon you can start visiting the church to tour The Stations of the Cross. The video starts every hour on the hour from noon until 7 PM. You might recognize the voice of the narrator of Station 7. At 7 PM there will be a worship service. If you want to stay home and tour the videos they will be online to watch as well. I believe on the Boone First United Methodist Church Facebook page.

A few Saturday’s ago Jesse and I road tripped to Harlan, Iowa to meet Bill at Victoria Station to do a little tenderloining. Victoria Station is the reigning Best Tenderloin in Iowa, so we had to get there and give it a go. The Pork Producers do a fair job of crowning the champion, but they do frequently anoint subpar tenderloins as the champ. So I kept my expectations in check. Especially, cause this is definitely not a standard tenderloin. It is served on Texas Toast and rather than being served with mustard and ketchup, it is eaten with a garlic aioli.

Here are some cruddy cell phone pictures from the experience: 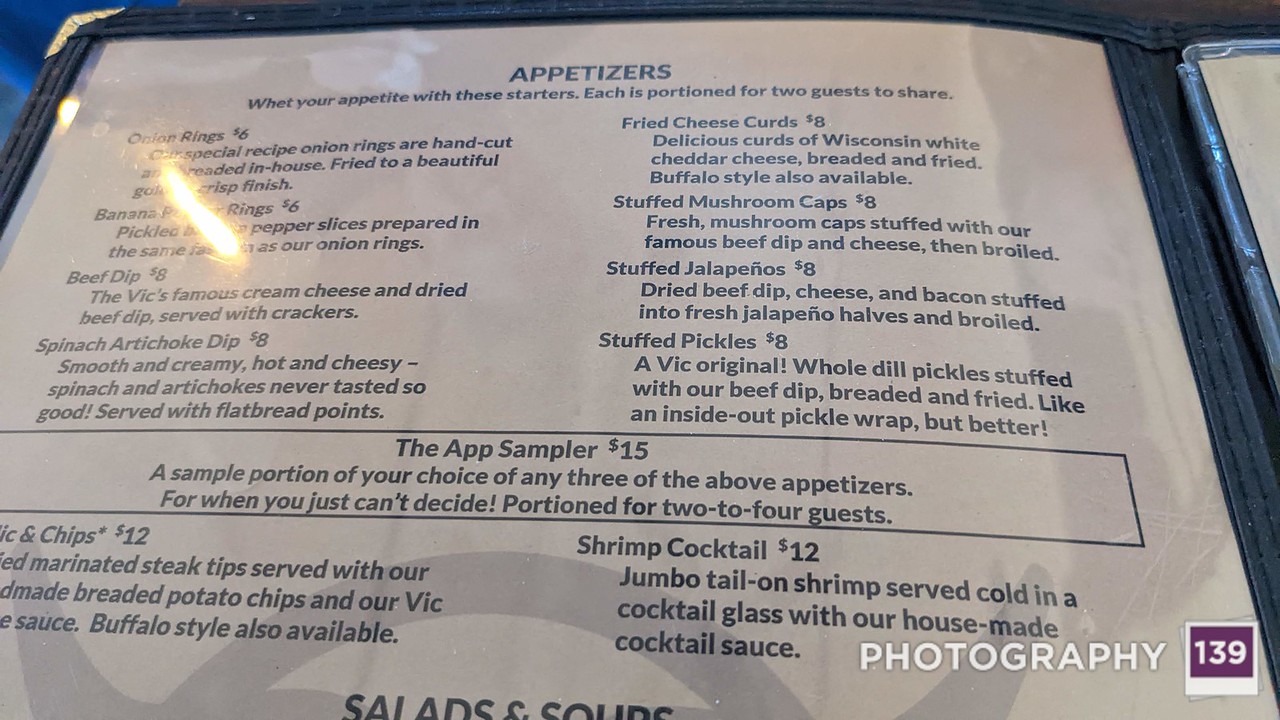 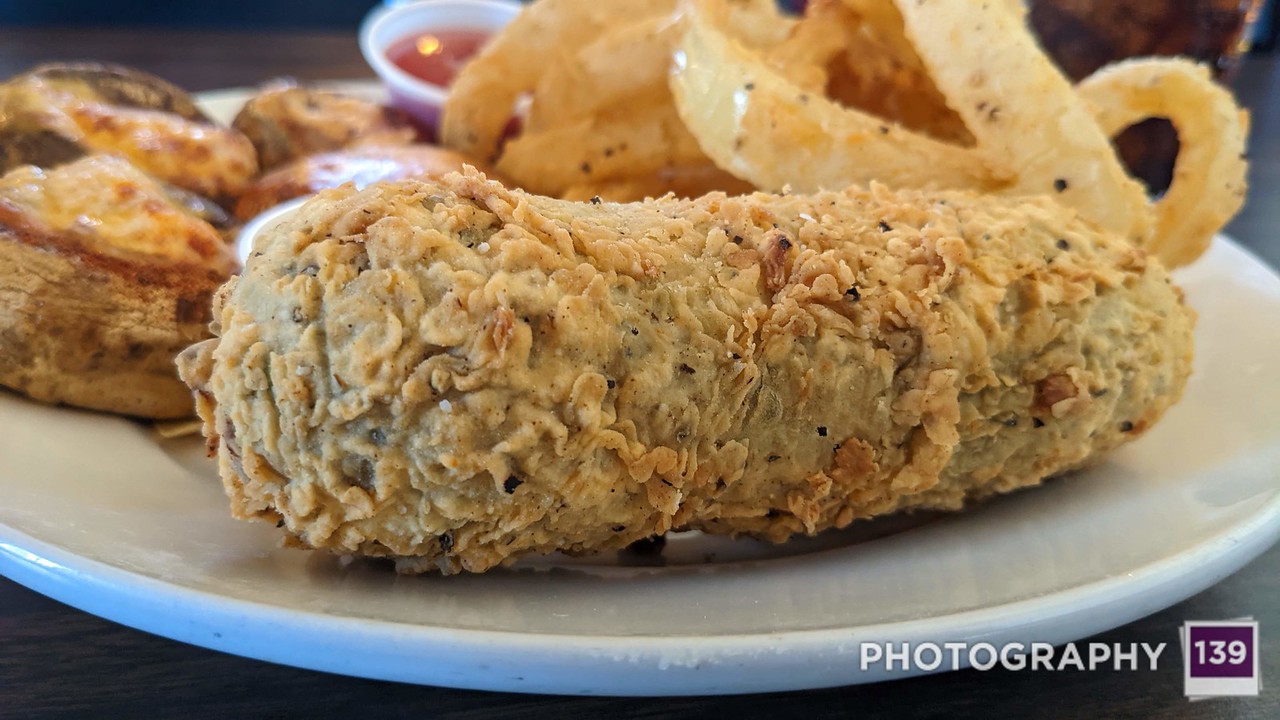 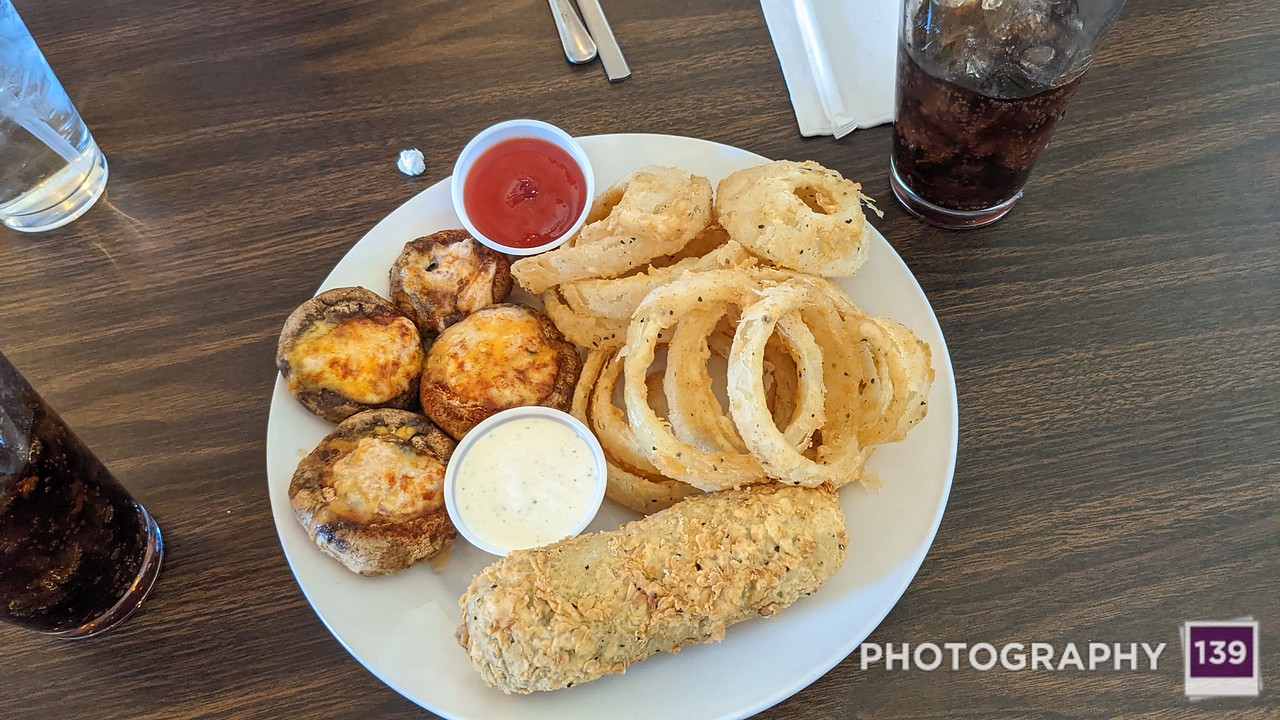 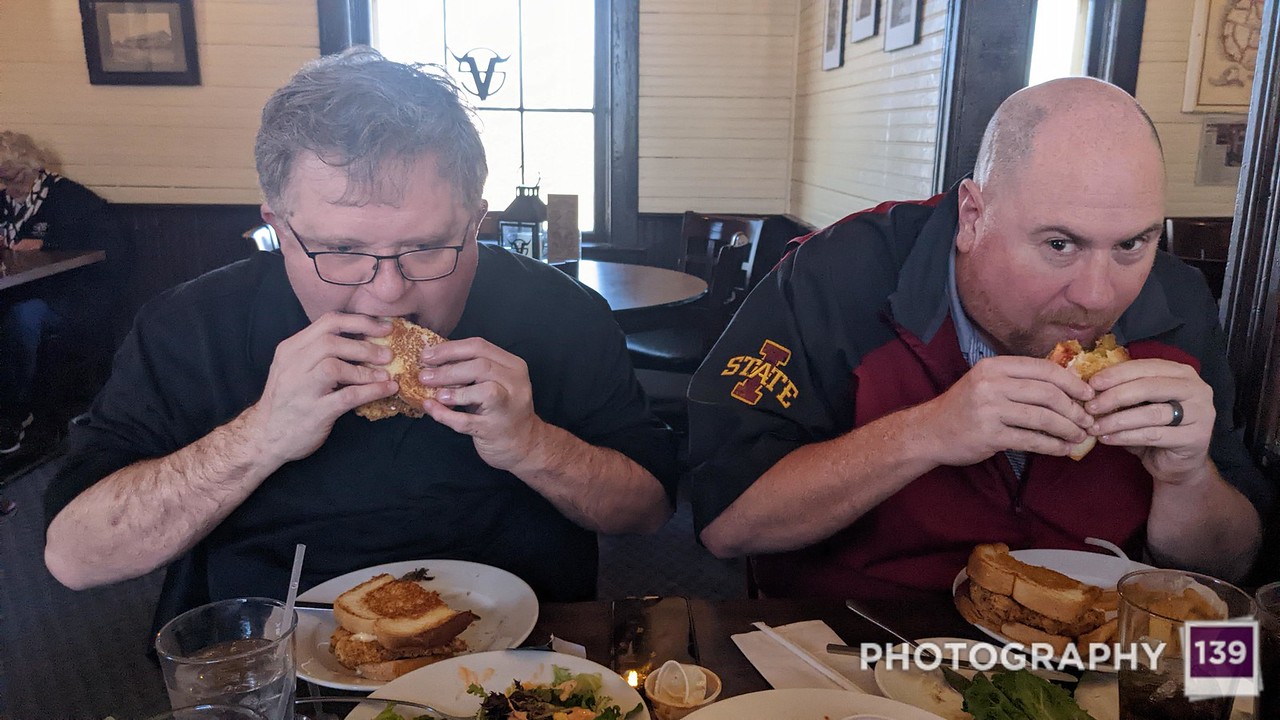 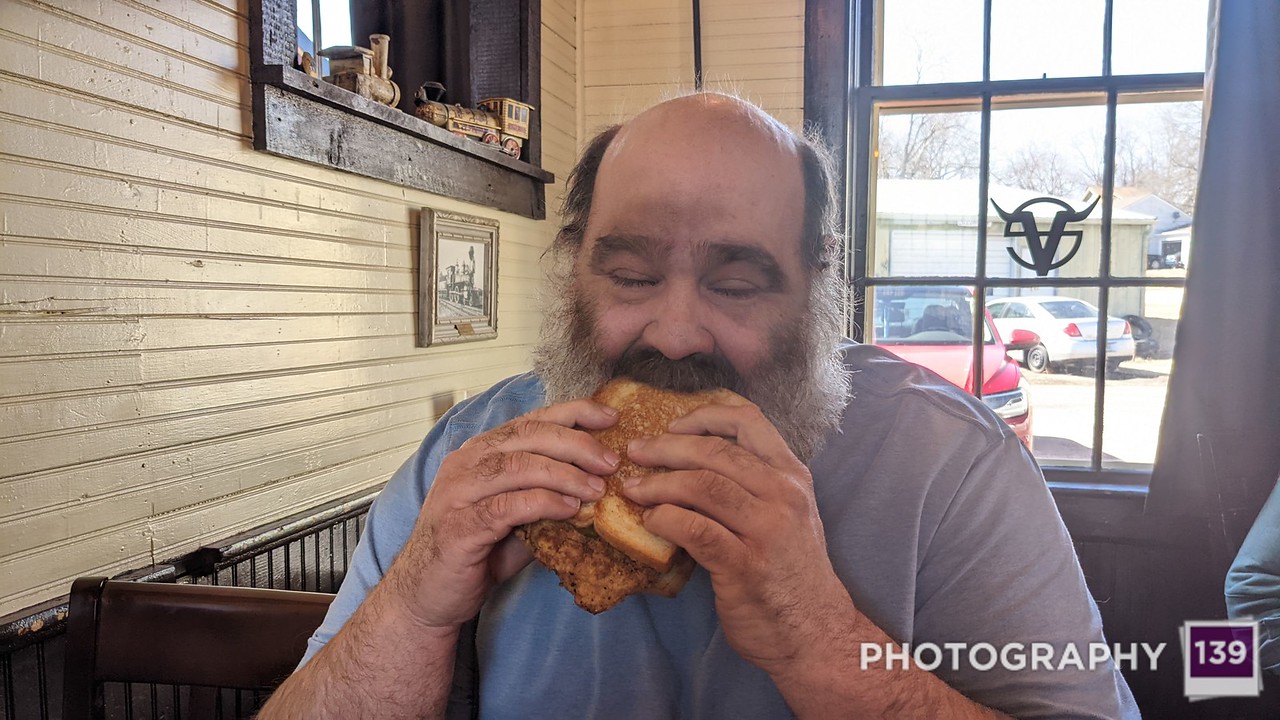 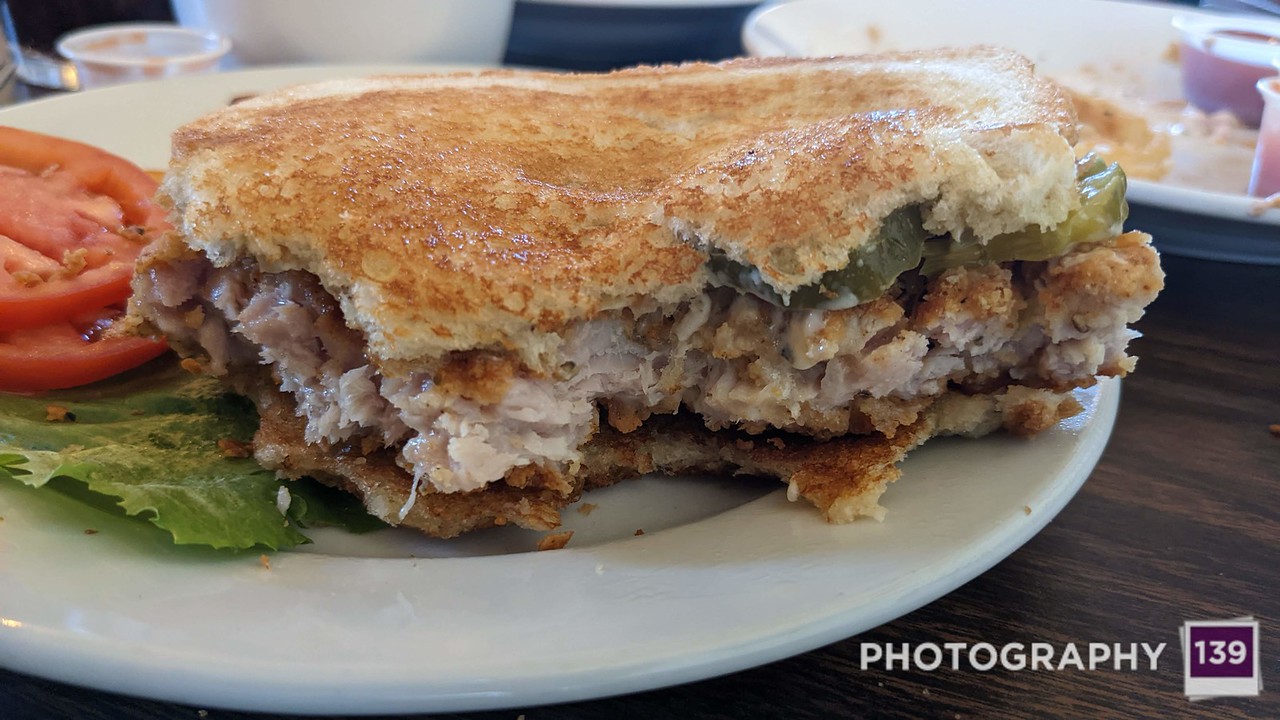 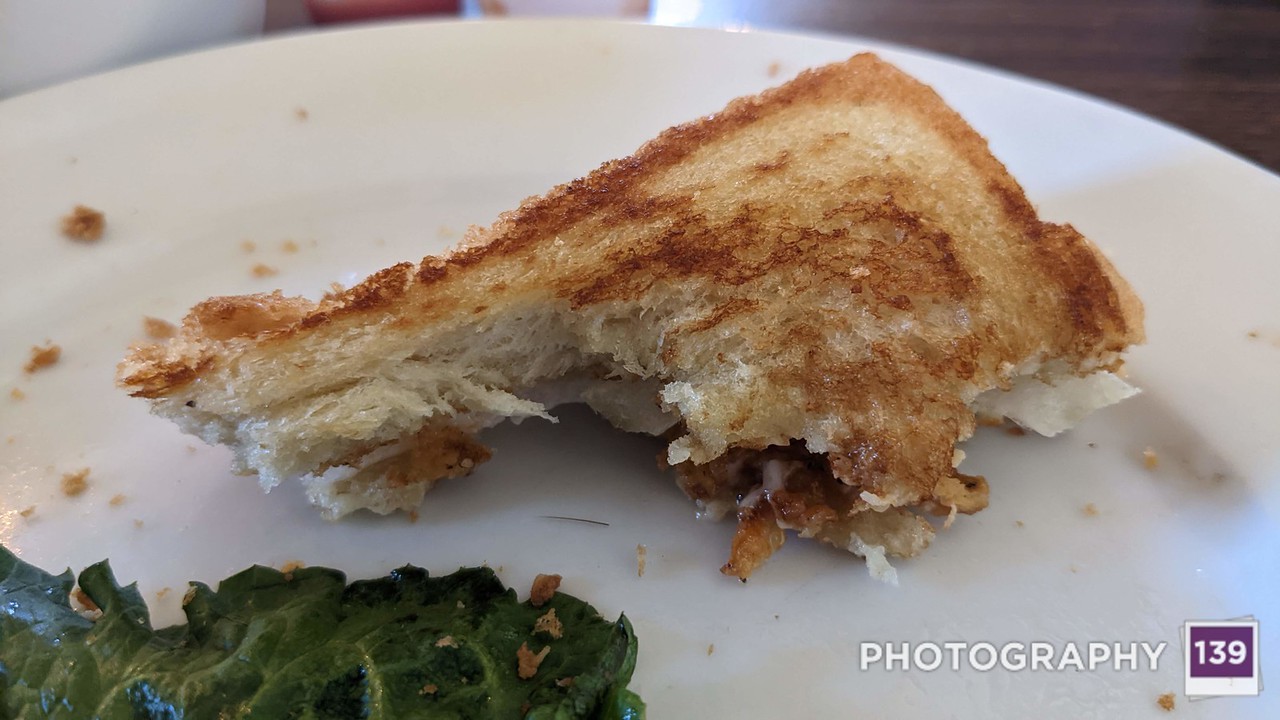 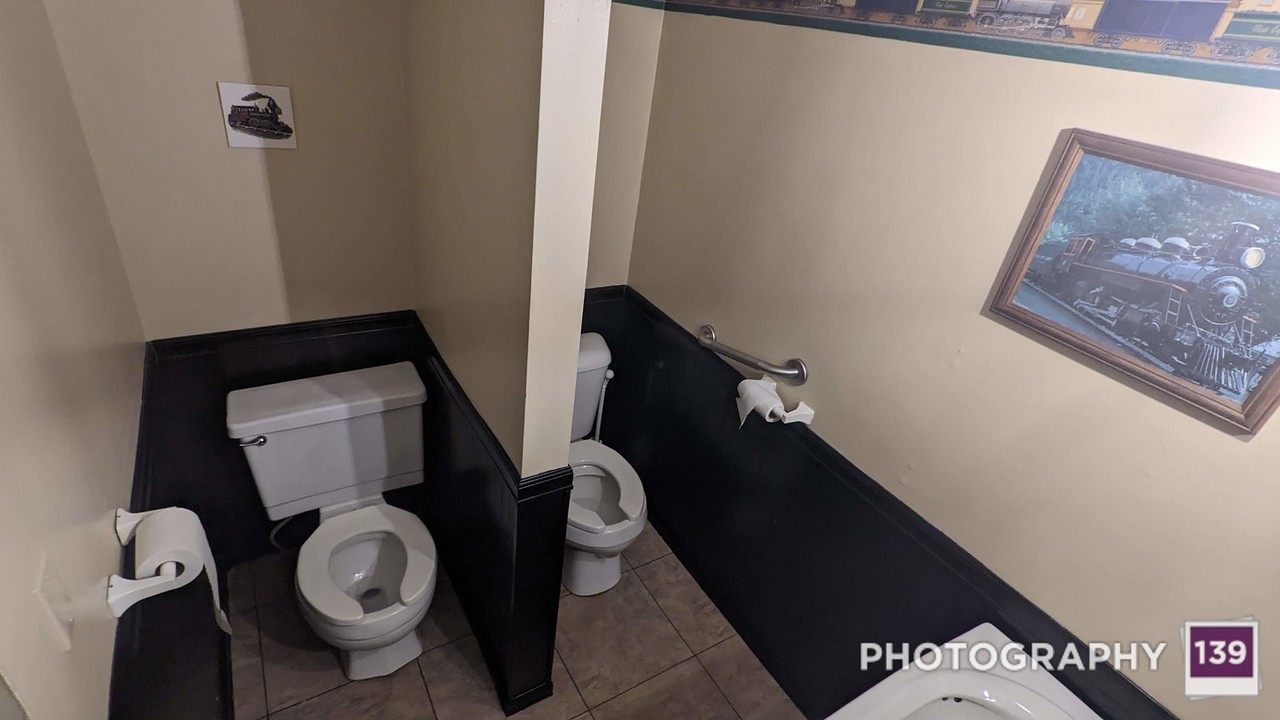 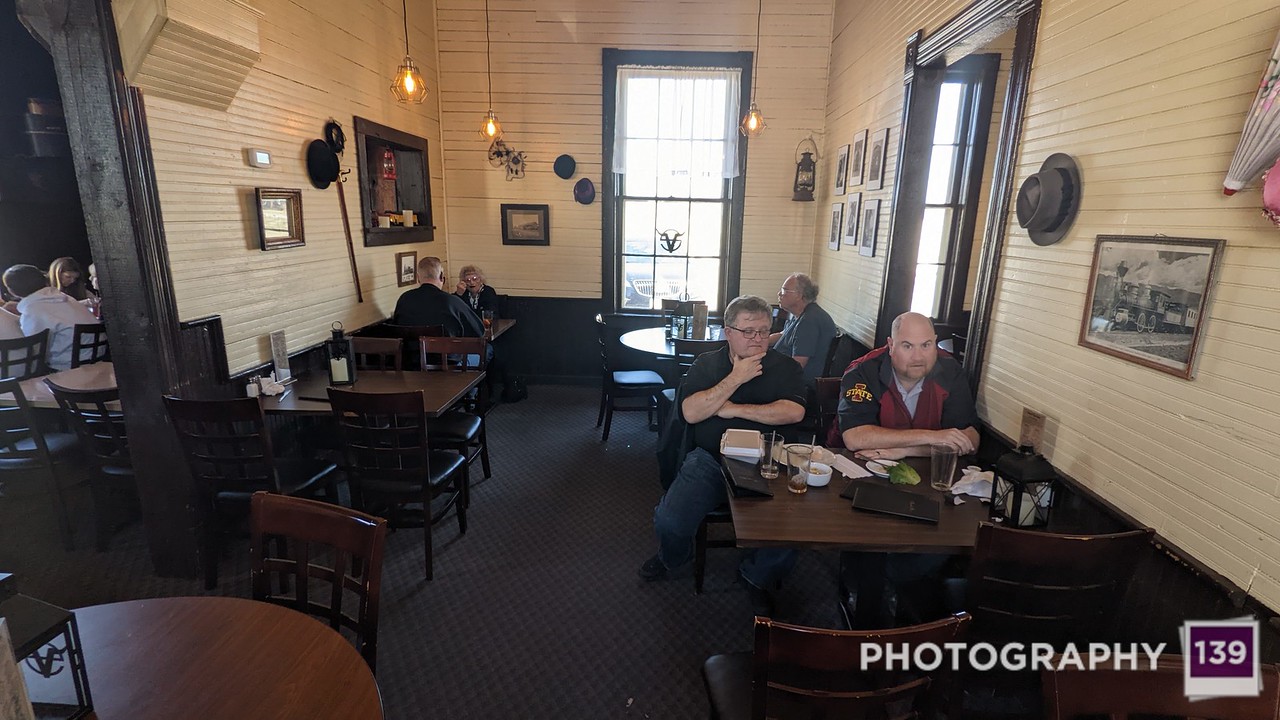 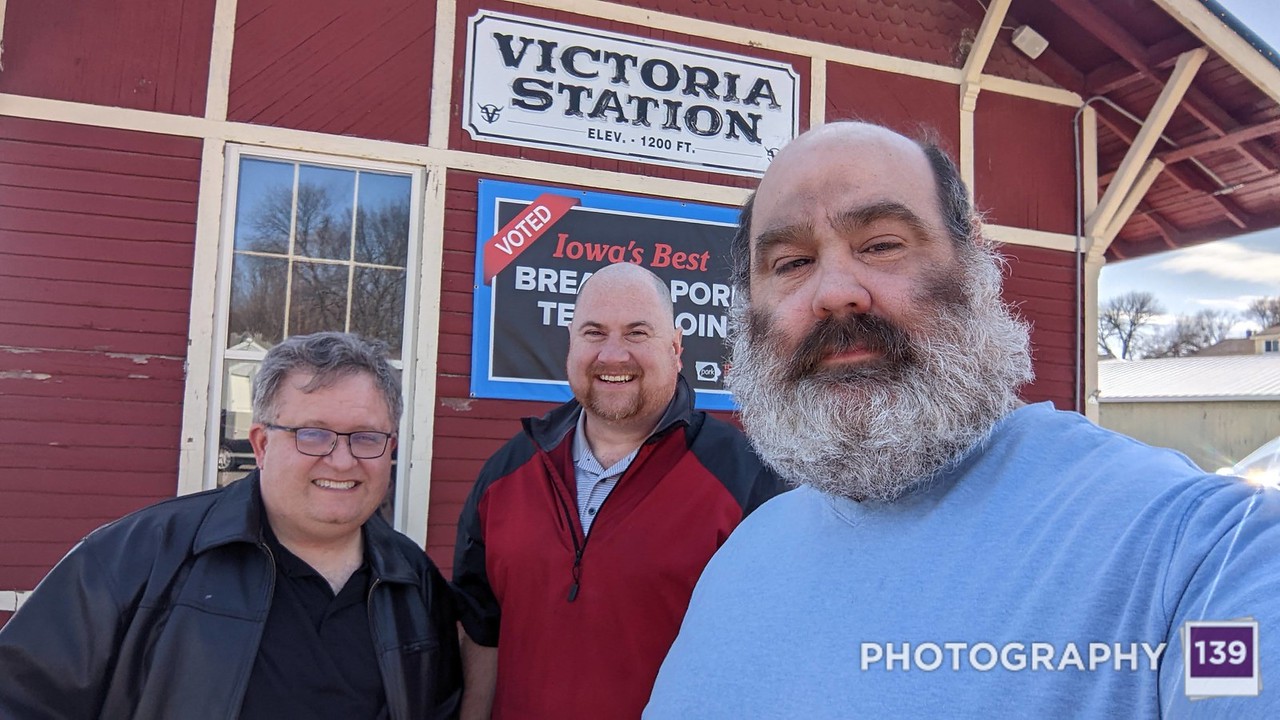 I’ll just cut to the chase. This is one of the best tenderloins I’ve ever had. The Pork Producers actually got it right! I wasn’t sure about the Texas Toast, but it works! Certainly better than some place that try brioche or ciabatta buns, which don’t work that well. The meat tastes great and the garlic aioli complements it perfectly.

I believe it belongs in the Tenderloin Pantheon.

+ Served default with lettuce and tomato, but I’m just beginning to accept this.
+ Cool setting, but not very big dining area. If you going during peak hours, I’d recommend a reservation. We were there at 2 PM on a Saturday, so there was plenty of space, but we still had a reservation.

+ No doors on the bathroom stalls in the Men’s room. The door does lock however. There are doors on the Women’s restroom stalls though. We confirmed this with our awesome waitress.

Victoria Station is also a finalist for the Best Burger in Iowa, so a return trip there might be in my future!

This is your reminder that this week’s theme for THE WEEKLY PHOTO CHALLENGE is ORANGE: 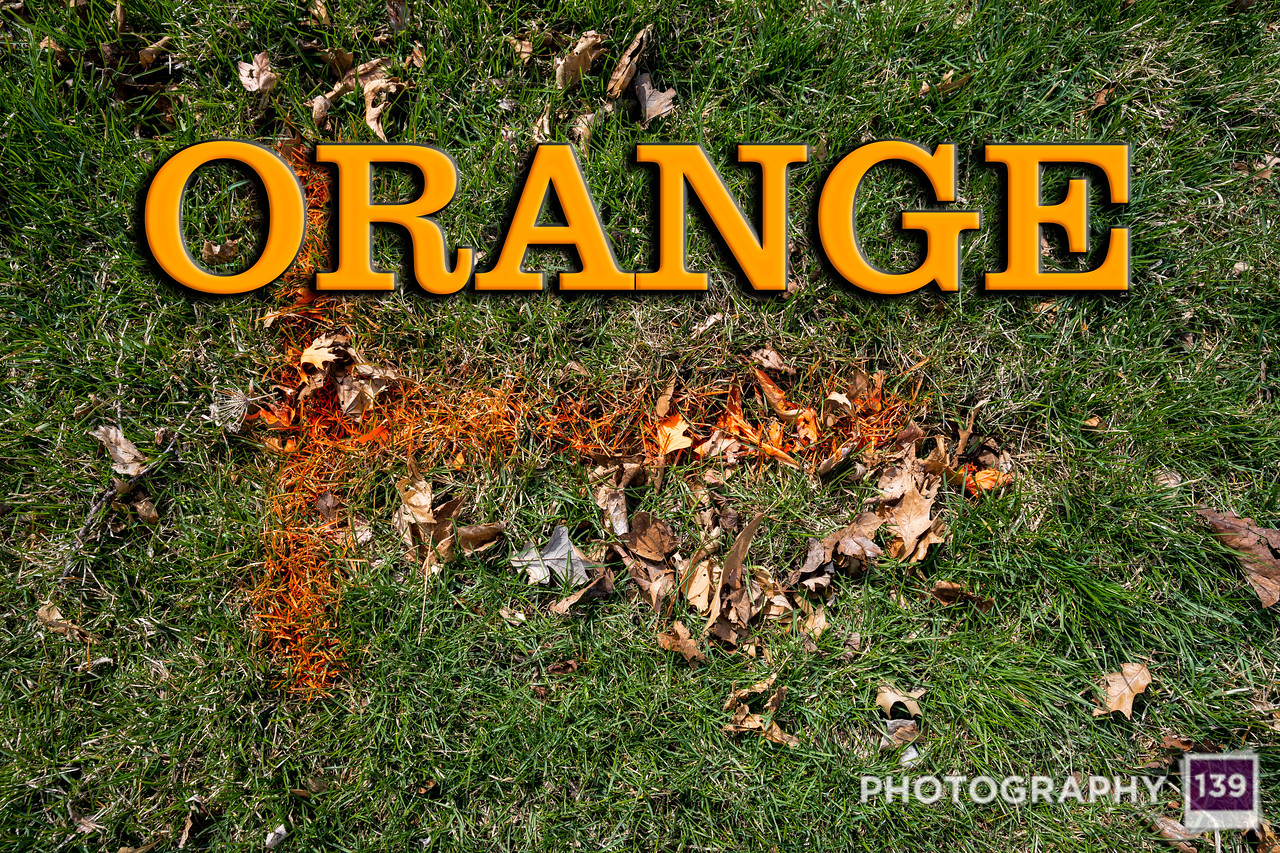 ORANGE! What a great theme for Week 9 of THE WEEKLY PHOTO CHALLENGE!

While considering possible subjects for your ORANGE submission, consider the following quote:

Whoever said ORANGE was the new pink was seriously disturbed.
-Elle Woods