I said that I would not post a full image of Jay until he returned to Friday Night Supper Club. Tonight he made his return. To celebrate I post this old timey picture of a much younger and carefree Jay. 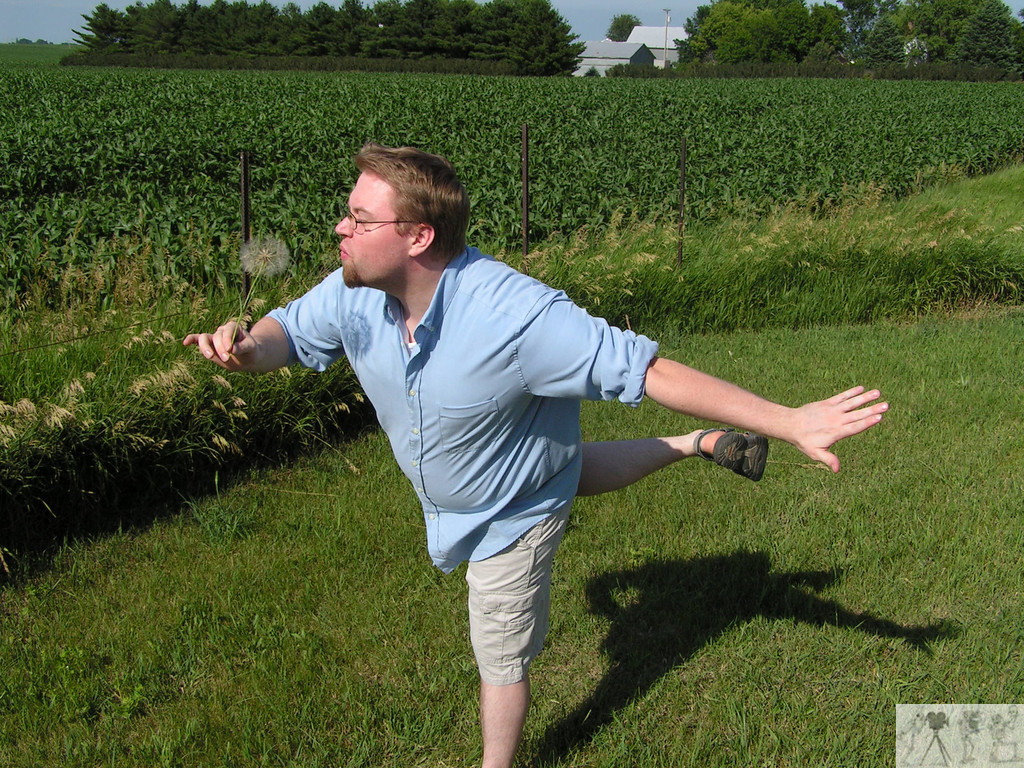 Jay, Jesse and I had made plans to attend Cat on a Hot Tin Roof at Stephens Auditorium. Jay actually shed his sellout label and told the man that he was taking a Friday night off. He joined Willy and I for FNSC at Okoboji Grill.

Jesse sent me a text message 37 minutes before the curtain rose stating that he would not be joining us. We could not get Willy to join us because he is not very secure in his sexuality. That is a shame because although I’ve been known to work miracles now and again, the window was just too small and Jesse’s ticket went unused.

I have not read the play Cat on a Hot Tin Roof. I have seen the movie starring the great Paul Newman and Elizabeth Taylor. I knew that the movie had to change the subtext of the main character’s homosexuality to his refusal to grow up. However, I felt in this production of the play the question of his homosexuality was still unresolved.

I’m now curious to know how this issue is dealt with in the play. In the movie I believe that they used the actual phrase “cat on a hot tin roof” once. In this production they used the phrase at least 4 or 5 times. It felt really awkward and  I would like to know what was in the original play.

Overall, the play was good but not great. It was the third show I’ve seen at Stephens this season. Hairspray would still be the highlight of the season for me, but I’m still going to see Chicago in the next couple of weeks.

Teresa and I are also going to some kind of party in a couple of weeks where they announce next season’s slate of shows. That is pretty sweet.