On May 10, 2008, I loaded up into the famous Rideshare Van with Baier and we headed to Fort Dodge to tour the Fort Dodge Museum and see the “Real” Cardiff Giant.

I already knew that there would be a certain amount of controversy surrounding the trip and the Cardiff Giant due to the Cardiff Giant’s phallus. However, I will delve more deeply into the realm of the Cardiff Giant and his junk later. Today I just want to cover some of the salient points of the trip. 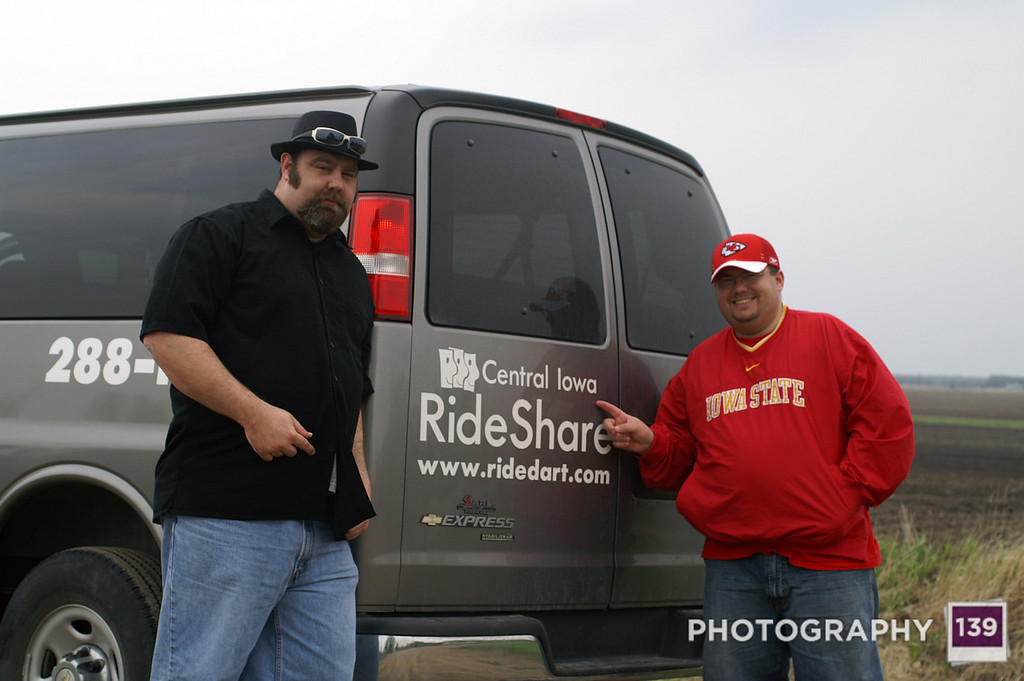 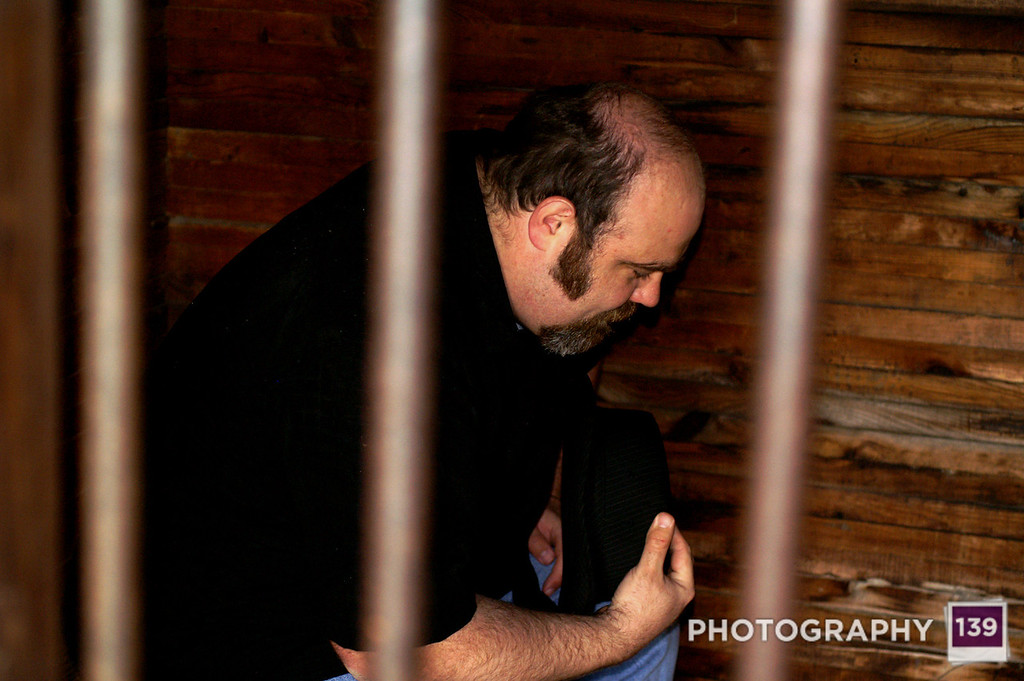 Pretend to be Repentant Prisoners

However we also learned a few things on this trip.

heck out the “Conditions for Employment for Teachers” in 19th Century Central Iowa.

Since you can’t read that, let me start out by saying I know some womenfolk that I hold in very high regard. Some of them its even for their morality. But I don’t know a single womanfolk that could hold to these standards or would even bother trying.

Another lesson learned on this trip is that the man who carved the “Real” Cardiff Giant looked eerily similar to Donald Pleasence’s Doctor Loomis character from the horror movie classic Halloween (1978).

Haddonfield isn’t all that far away. I bet Smith’s Grove isn’t that far away either. Perhaps he just swung over on his breaks.

Even though I haven’t watched a horror movie in many a year now, I still have thoughts like this running through my head (in Donald Pleasence’s voice) when I look at the Cardiff Giant:

I met him, fifteen years ago. I was told there was nothing left. No reason, no conscience, no understanding; even the most rudimentary sense of life or death, good or evil, right or wrong. I met this six-year-old child, with this blank, pale, emotionless face and, the blackest eyes… the *devil’s* eyes. I spent eight years trying to reach him, and then another seven trying to keep him locked up because I realized what was living behind that [Giant’s] eyes was purely and simply… *evil*.

– I- I watched him for fifteen years, sitting in a room, staring at a wall, not seeing the wall, looking past the wall – looking at this night, inhumanly patient, waiting for some secret, silent alarm to trigger him off. Death has come to your little town, Sheriff. Now you can either ignore it, or you can help me to stop it.

This isn’t a man.

A final non-gypsum-phallus related lesson we learned is never eat at the Fort Dodge Bonanza, no matter how nostalgic you are feeling for the old Ames Bonanza. The high point of that meal was watching an employee refill the buffet with a cigarette dangling out of his mouth.

There are many more pictures posted in the famous Photography 139 Gallery in The Cardiff Giant Road Trip Album:

BELOW IS NO LONGER ACCURATE:

There are some bonus pictures in the Friends Album that you have to be a Registered User to see. There might have been some rules violations in those pictures and I don’t feel right posting those for the whole world to see after the Museum Director asked to buy some pictures off of me.