I have not touched any of my cameras since I left the resort in Arizona. Luckily for me Carla and Alexis did a fair amount of documentary photography on the work that was done on the house.

Day 1 consisted mostly of swapping out light fixtures and starting the nightmare that was to become the kitchen project. A project that is almost done.

It sounded simple enough, but the kitchen turned out to be more work than I was expecting. I would not be exaggerating if I told you that I’m guessing that over 300 man hours have been spent on that kitchen.

It all started on Day 1 when we took the kitchen cabinet doors off and began knocking the trim pieces off of them.

Jason working on the new light for the office. This light blast out illumination at the equivalent of 200 watts of incandescent power. Only it isn’t incandescent. It is two ballasted fluorescent bulbs. It is so bright in the office you practically need shades to work in there and I dig it!

Jason and Alexis working on the master bedroom ceiling fan.

The bathroom before the upgrades.

The bathtub, before the shower.

Becky cleaning up a mess underneath the entry way register.

Carla tinkering around in the kitchen. The drawers that she is playing with were eliminated to make room for a dishwasher.

The only definition of Hell that ever made sense to me has been “separation from God”. A close second might be removing the stupid nails in these kitchen cabinet doors. Although Teresa seems to be enjoying it. 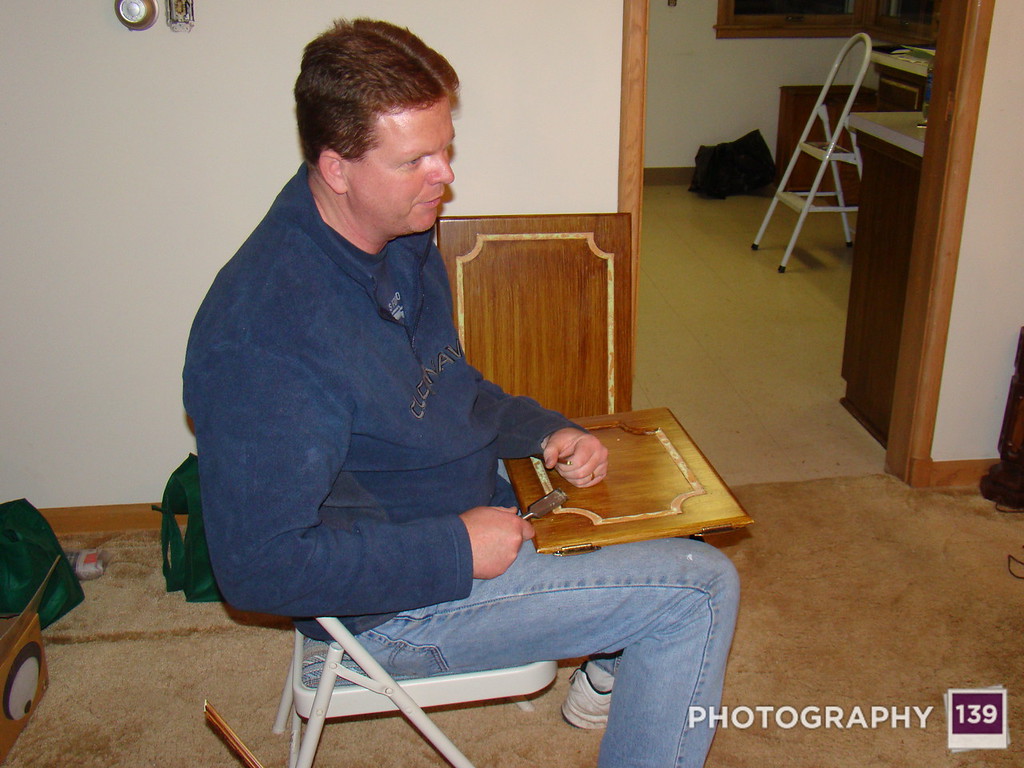 Jason knocking the trim of the cabinet doors. 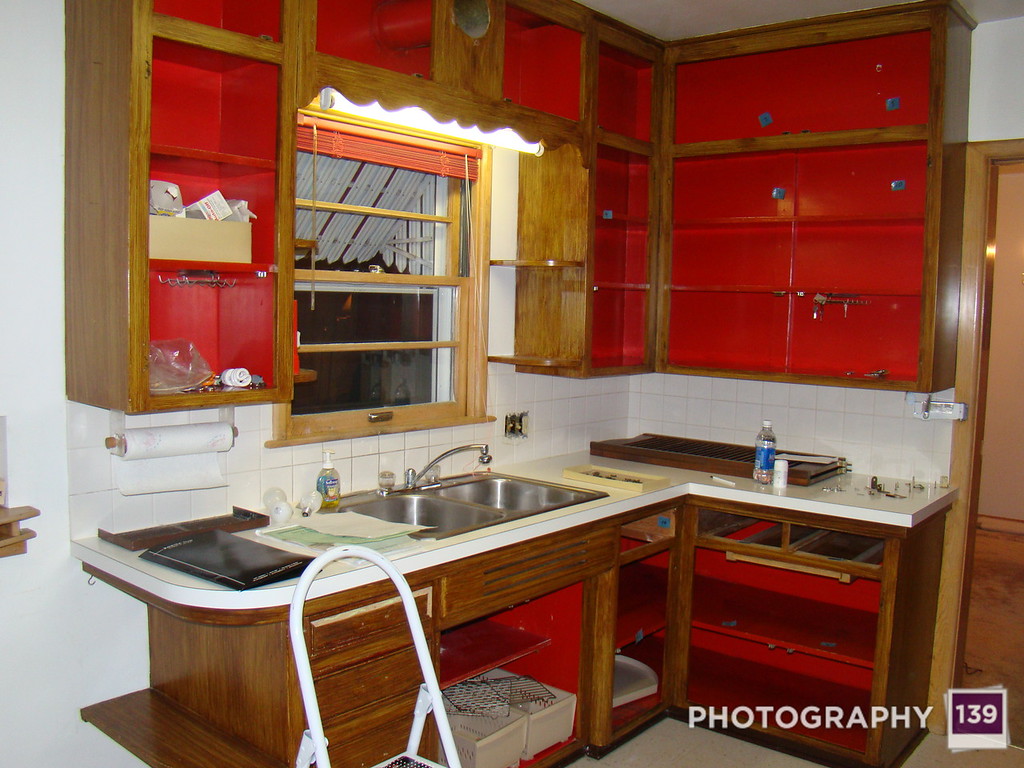 A look at the kitchen before the work began.

A fair amount was accomplished on Day 1.