A few of my favorites from the Oklahoma State game… 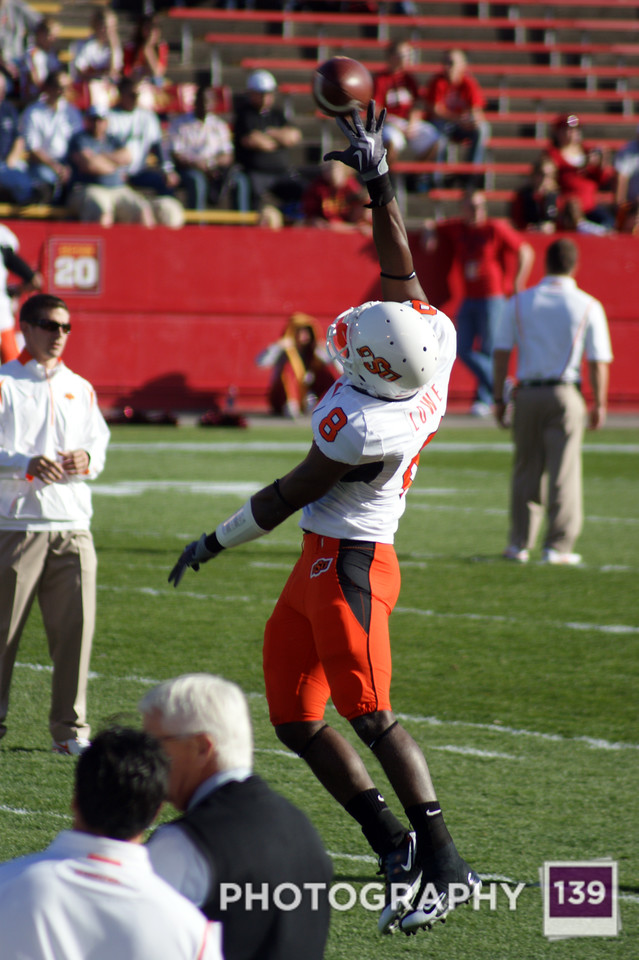 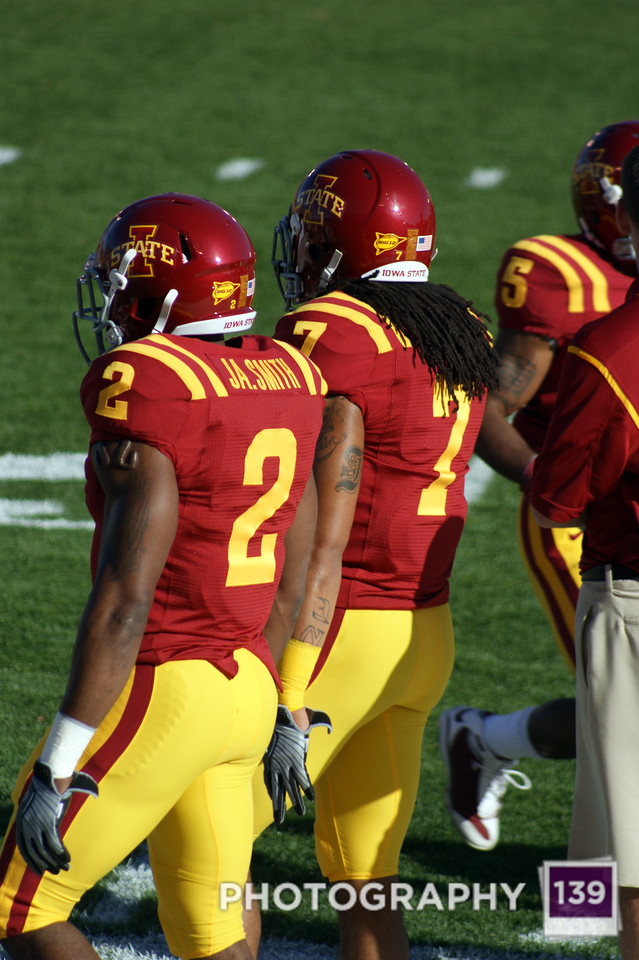 This picture might be a statement on the one sided nature of this game, but while watching the water girls we determined that Oklahoma State has a disturbing hierarchy in their water girls. Certain water girls were allowed on the field while other water girls just hung out at this massive Gatorade table. But you could tell what water girls were high ranking and which ones weren’t based on their eye apparel. The high ranking water girls wore sunglasses. They did this throughout the entire game. Even after the sun had went down. 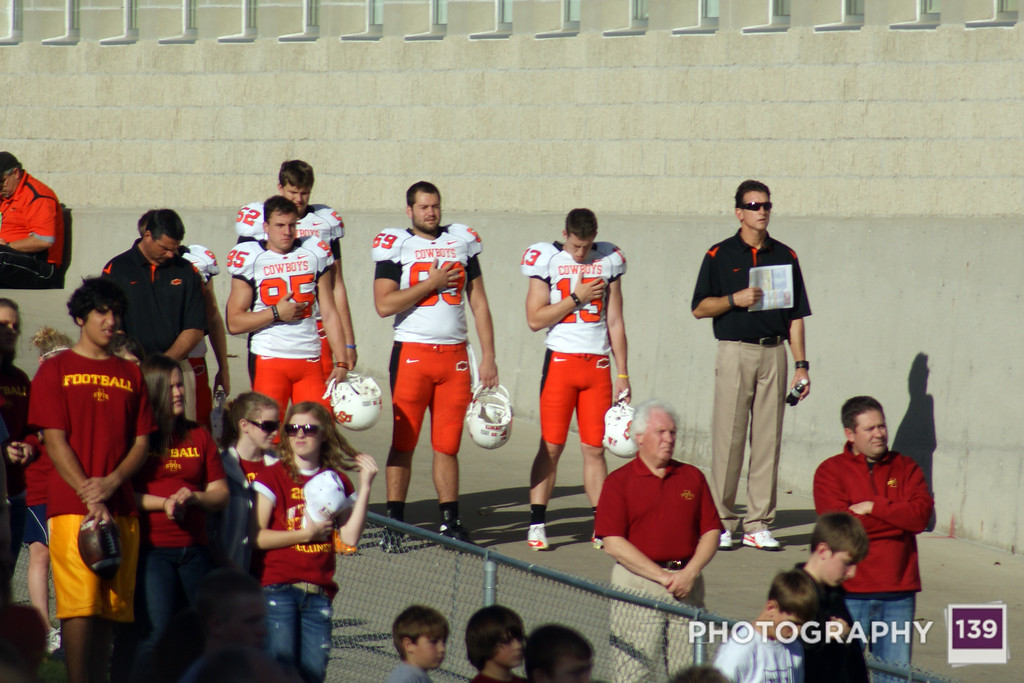 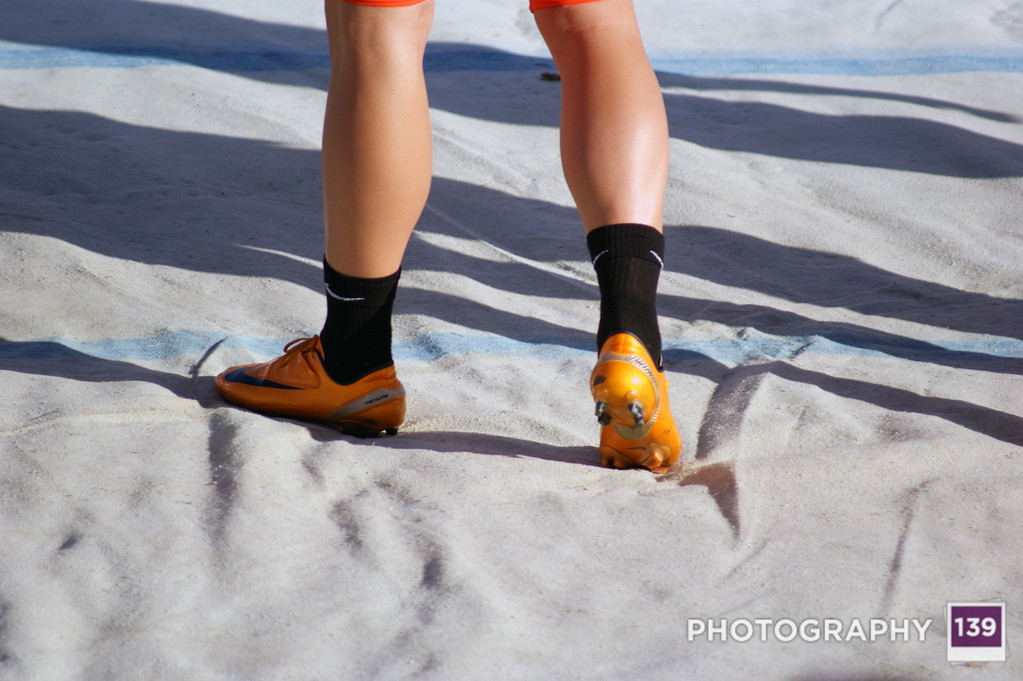 Only the Cowboy place kicker wore these special orange shoes. Whatever showboat! 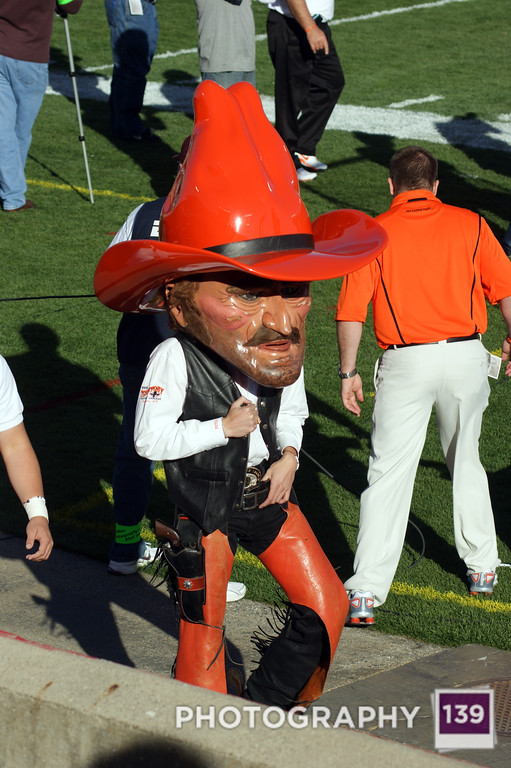 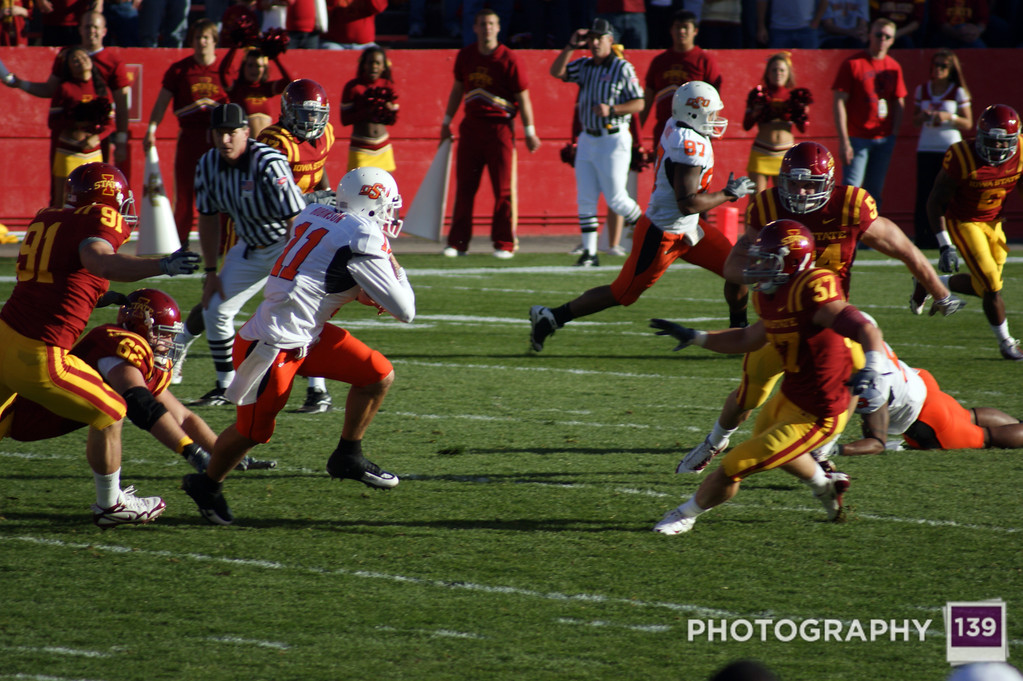 Robinson on the run.

OSU also had a disturbing amount of people loitering on their sidelines. Including this lady with the world’s ugliest purse. (I don’t really have opinions on purses other than I don’t want to hold yours for you.) 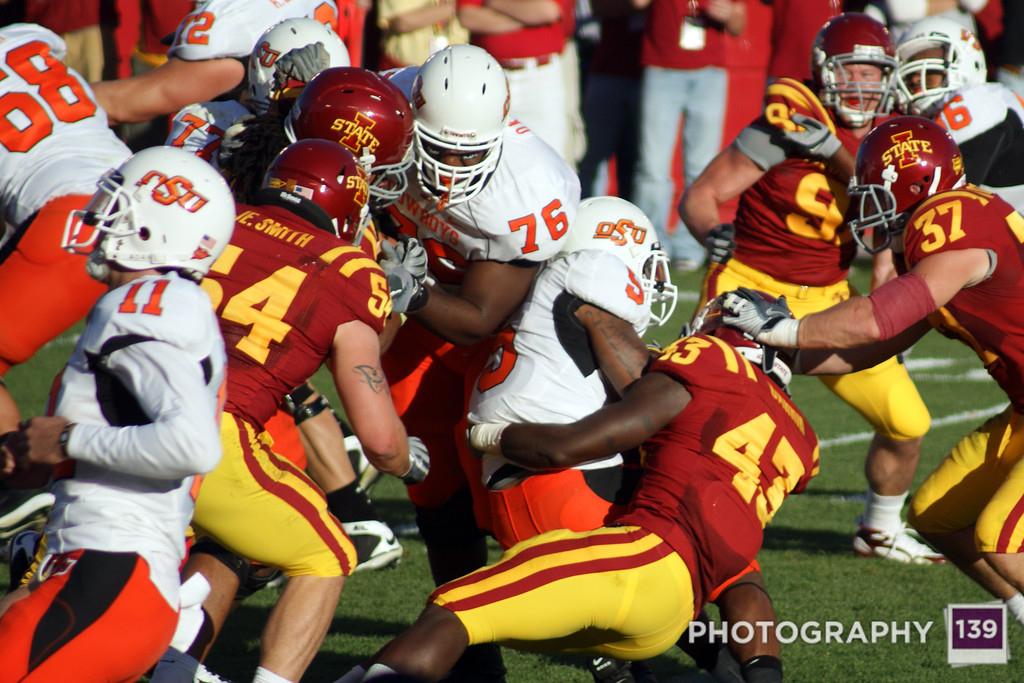 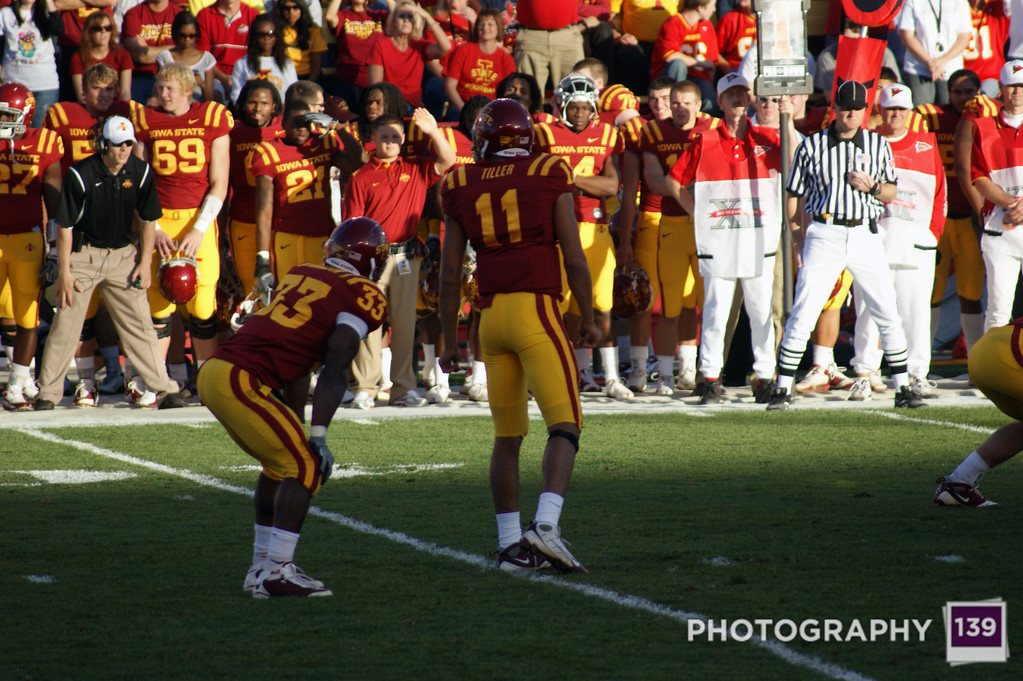 Logan took Jesse’s ticket. I wish he would have been able to see a better game, but that is the nature of being a Cyclone fan.

Jen took Jesse’s ticket to the Colorado game. She saw a much better game from the Cyclones. It was exciting because it was the first time Jen has seen the Cyclones win in person. Plus, now we are bowl eligible. 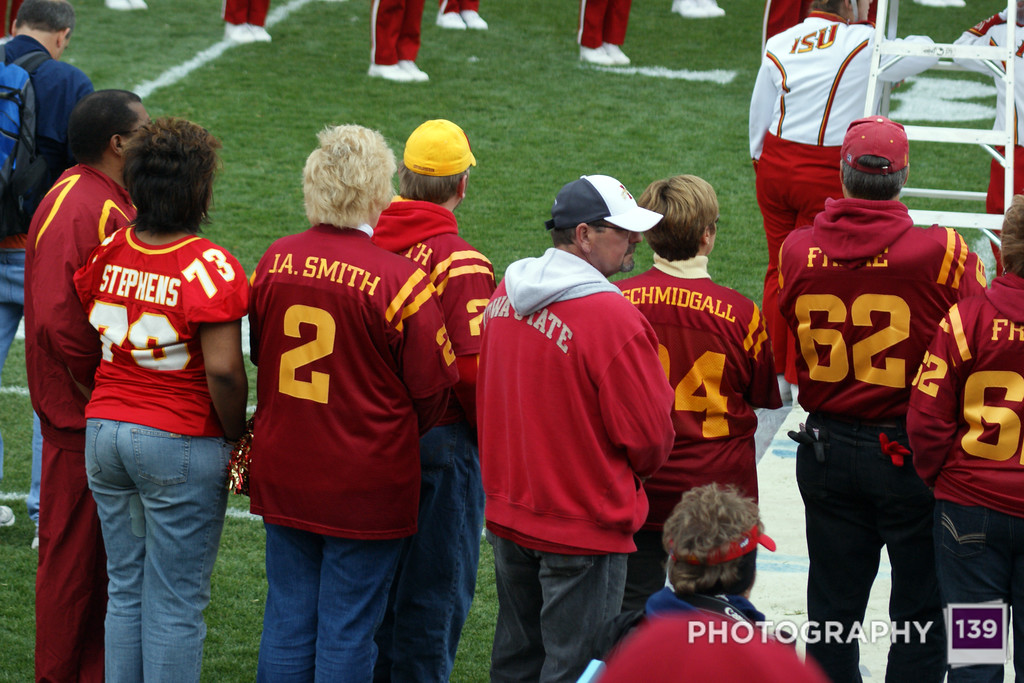 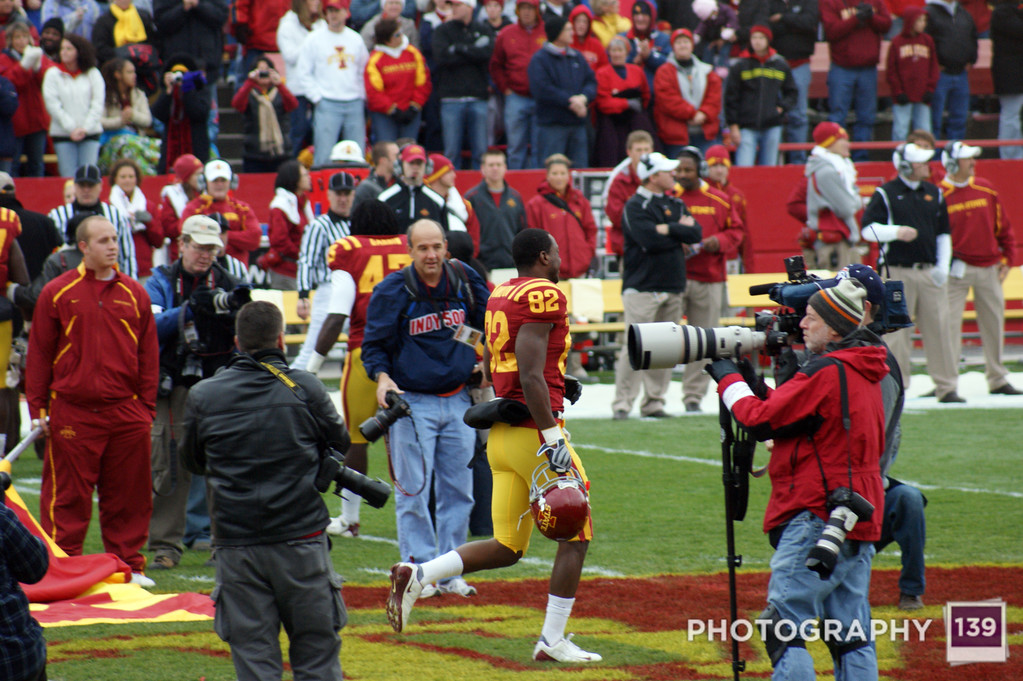 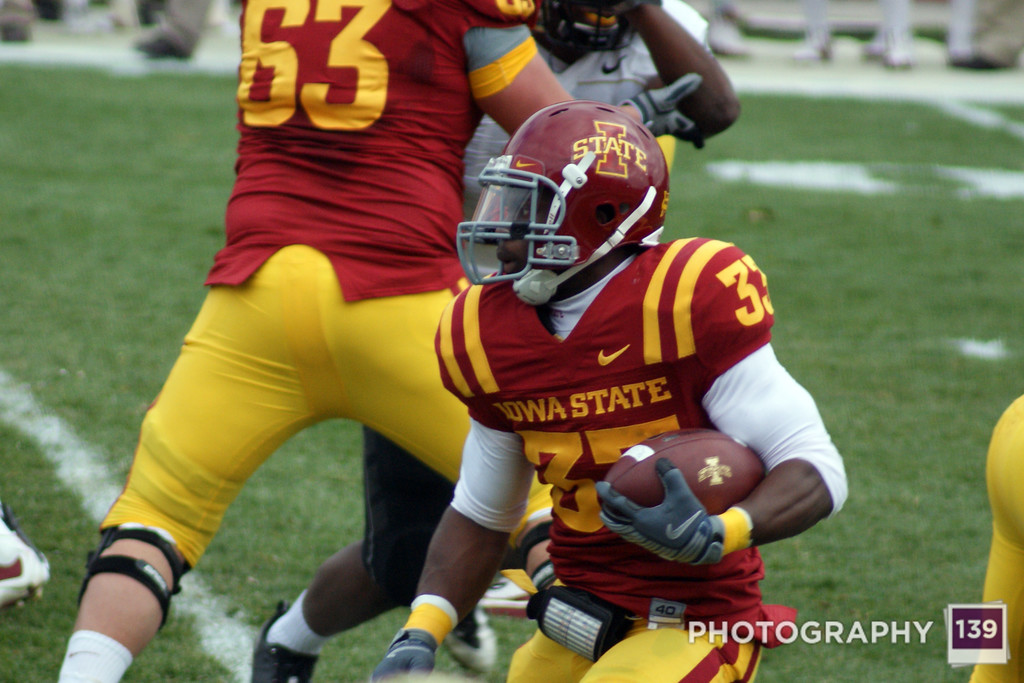 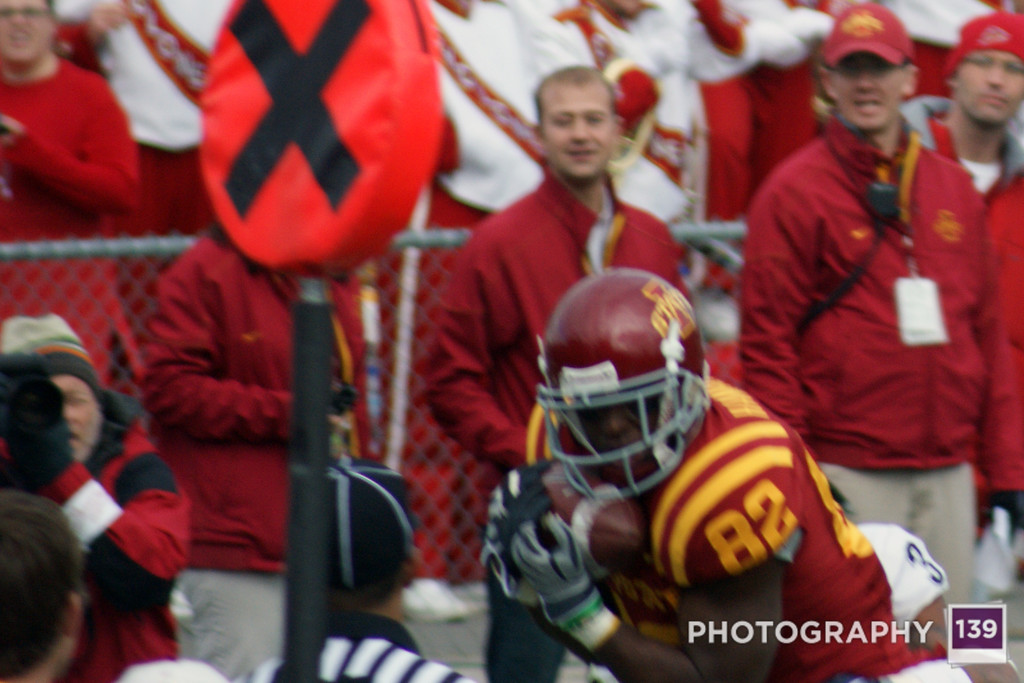 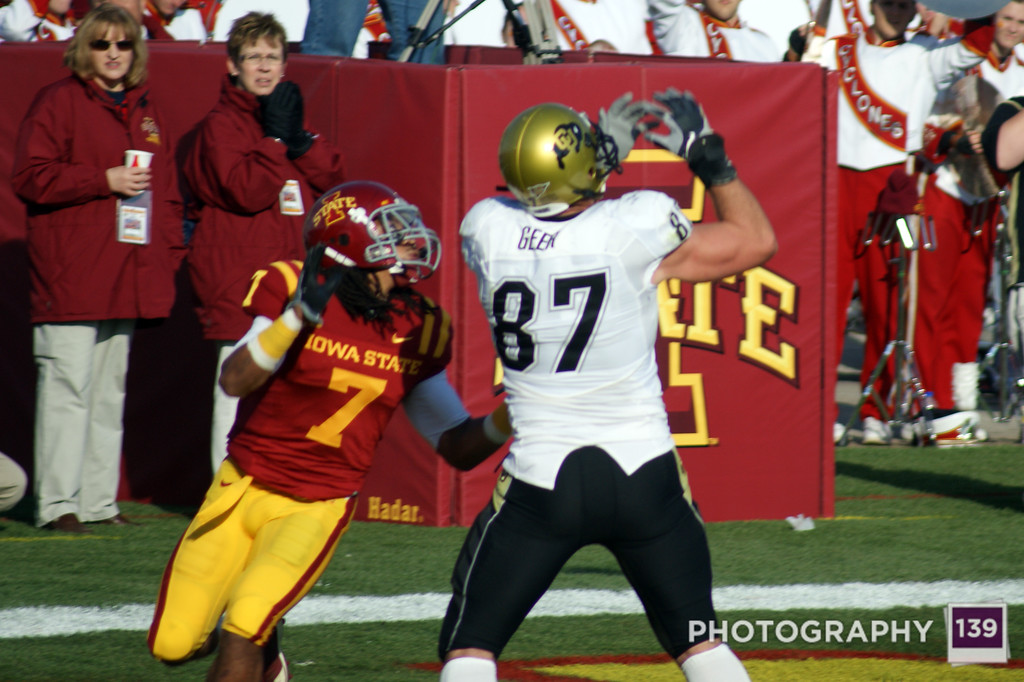 Not on Banks’ watch! 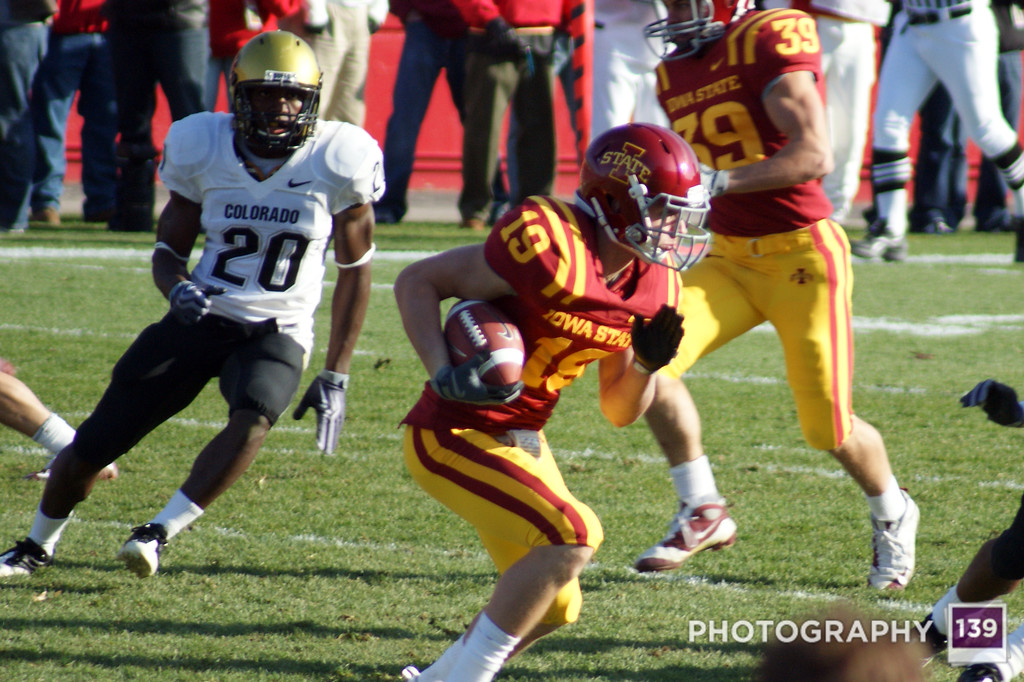 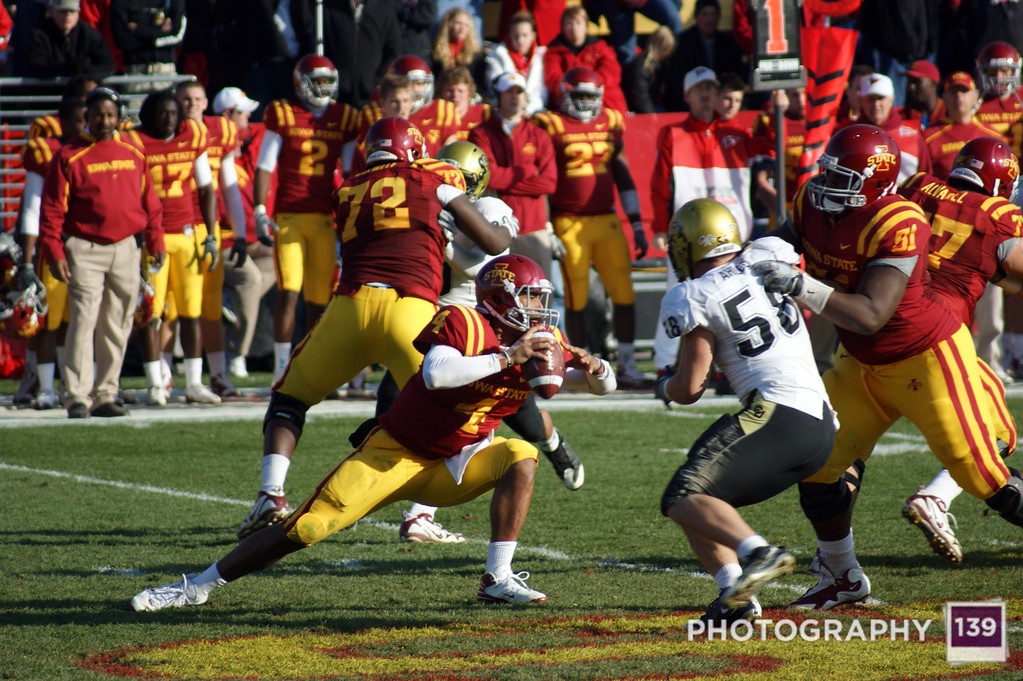 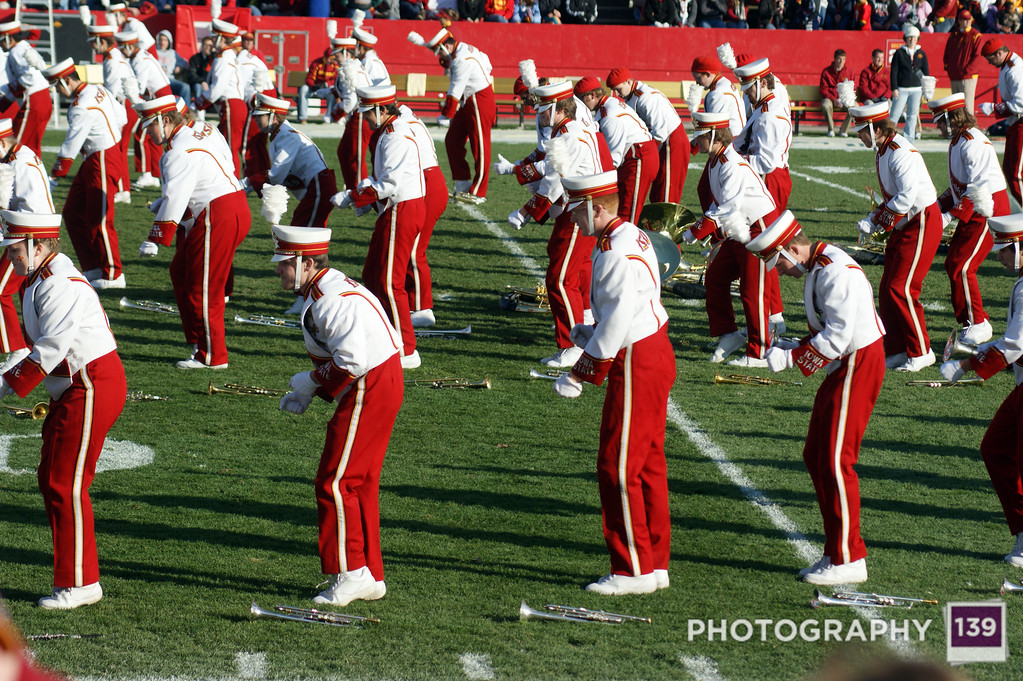 There has been some debate on whether or not the ISUCFVMB dancing was cool or lame. I will leave it to your discretion. 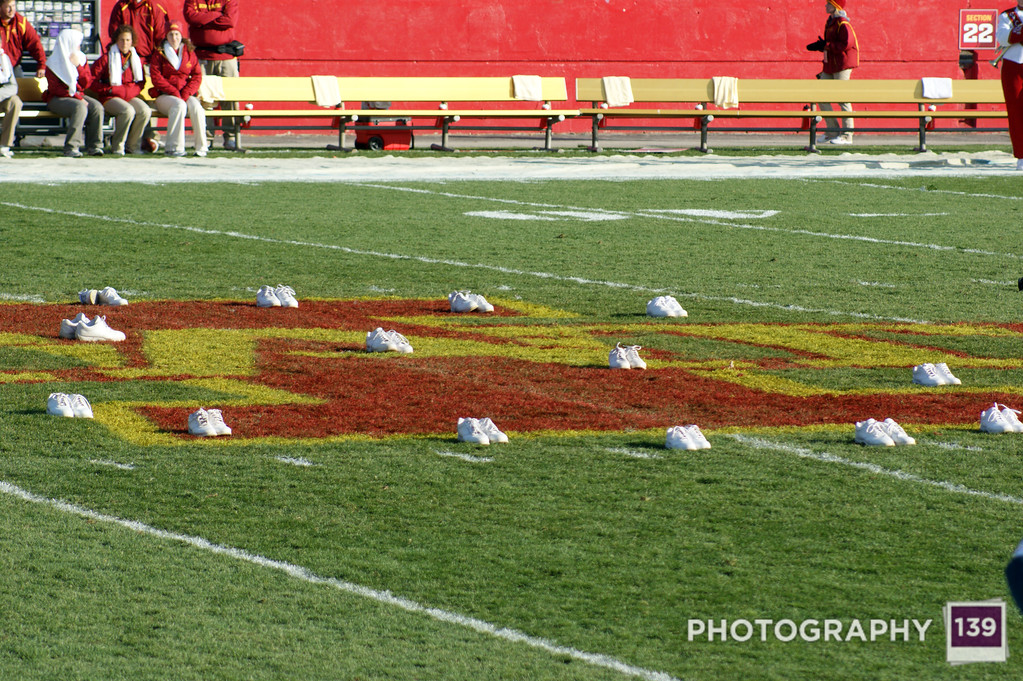 There is no denying that ISUCFVMB seniors leaving their shoes on the field is a cool tradition though. 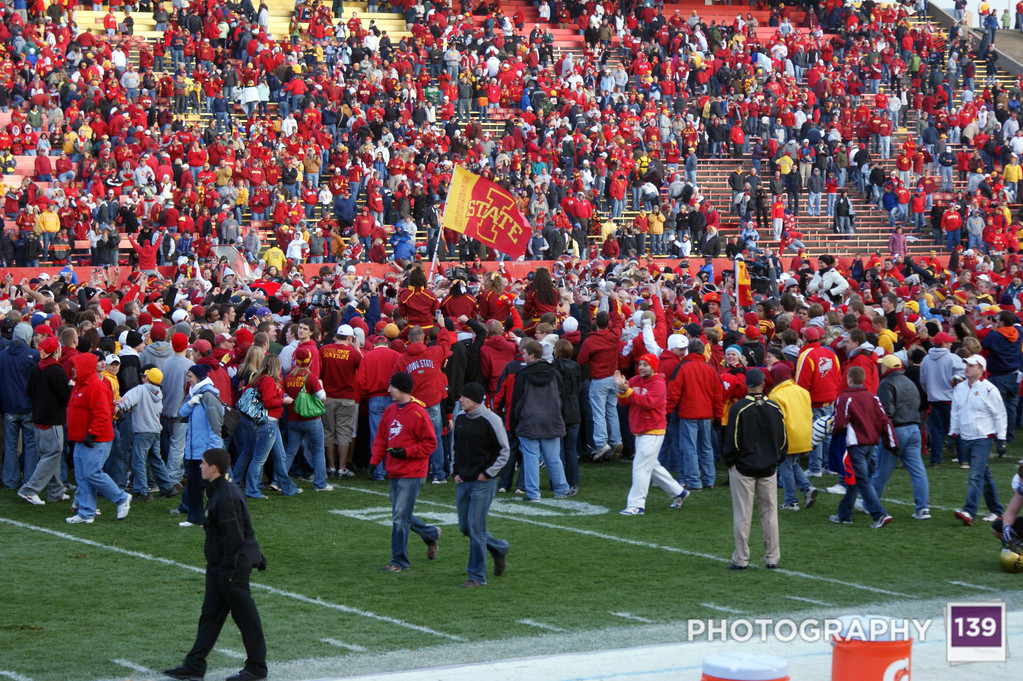 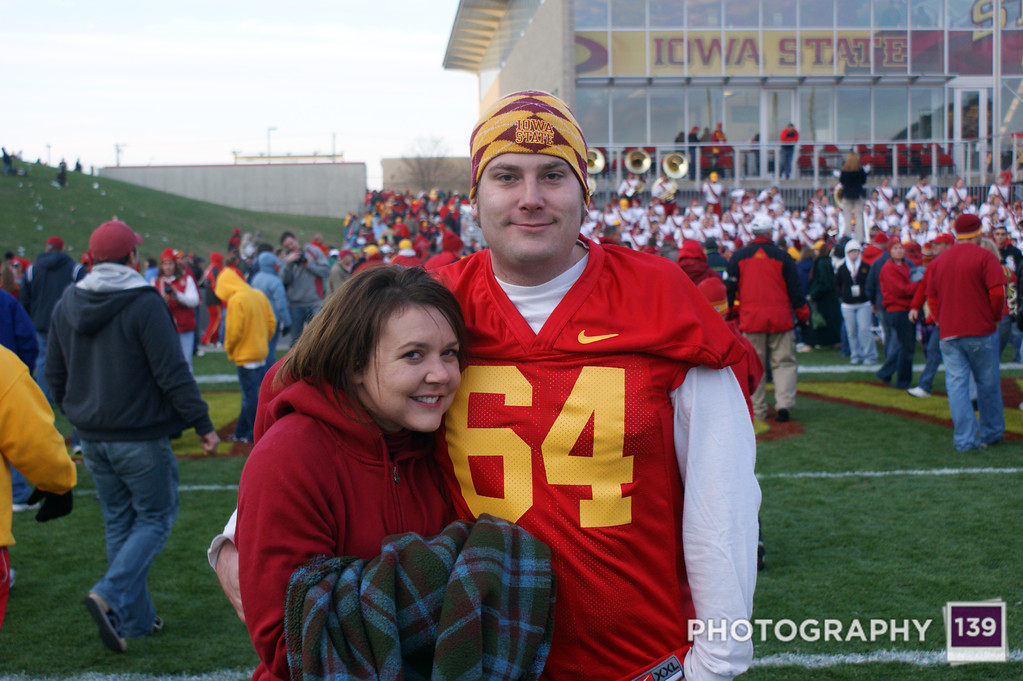 Even though it got cold in the 2nd half, Jen toughed it out! Adding another line to her “Super-wife” resume. I do believe that her toughness may have inspired somebody to join us for a game next year. In fact, I know this for a fact!

I have seen Iowa State projected to go to either the Insight Bowl or the Independence Bowl. I hope these projections are correct. Either way: GO STATE!!!!