“You see the smile that’s on my mouth
It’s hiding the words that don’t come out
And all of my friends who think that I’m blessed
They don’t know my head is a mess.

Most people know that I am a loner. I keep to myself mostly. Most nights I can be found sitting home alone working on my studies or my projects or watching my shows.

A couple of years ago Jay decided to give one of his friends the nickname “Lone Wolf”. I was quite shocked when this nickname did not come my way. Instead it was given to the social butterfly and vice-mayor William McAlpine.

I knew this was a dreaded mistake. If there was a member of the animal kingdom that best described Willy’s social agenda it was clearly the salmon. Chinook, steelhead, pink or sockeye. I’m not sure which one, but he is definitely a salmon.

However, I made  peace with the slight because I don’t have a particular affinity for nicknames.

Then it happened. Jay came to his senses and stripped Willy of the nickname that he did not deserve and placed it squarely on my shoulders. The true loner.

Jay made me a mask and we had a small ceremony where the title was rightfully transferred to me.

I AM LONE WOLF!

However, something hasn’t sat right with me in the few weeks since I became Lone Wolf. I don’t doubt that I am the Lone Wolf. A quick perusal of my social calendar shows that I do little more than go to work and come home and sit on my couch, alone.

I’ve learned to embrace this loneliness. In fact, Jill introduced me to a movie called World’s Greatest Dad. The core message of the movie is summed up near the end with the following voice over:

That is my philosophy. Or I should say, that is the philosophy of The Lone Wolf.

But even though I know without the foggiest doubt that I am the true Lone Wolf, it didn’t feel right. Jay unilaterally stripping Willy of his moniker and giving it away. That is a lot of power for one man to possess.

Therefore I am giving Willy a chance to win back his nickname. I have challenged the vice-mayor, the social butterfly, the salmon to a Lone-Wolf-Off!

The month of April will be a Lone-Wolf-Off between the true Lone Wolf and the Salmon. Winner gets the name! (But I keep the sweet mask either way!)

What is a Lone-Wolf-Off? For the entire month of April we will be tracking our social engagements. At the end of the month, an impartial panel (consisting of Jesse, Dawn and Faust) will determine who is the true Lone Wolf.

Therefore, I should point out that for the next 30 days, don’t be distressed if you don’t see me, if I don’t return your emails, phone calls or texts. I’m in full Lone Wolf mode. I will most likely return your correspondence on May 1 when I am celebrating International Worker’s Day!

Although I should point out that at some point in April many of you will be getting an invitation to my birthday barbecue in the mail. It is a well known fact that lone wolves like meat cooked over a fire and the antiquated feeling of using the United State Postal Service.

Last night I went to see Chloe and have dinner with Sara. Since it was my last social engagement for the next 30 days, we took a few pictures to celebrate my Lone Wolfness.

The Lone Wolf is a savage beast.

But the Lone Wolf also knows how to keep it laid back. 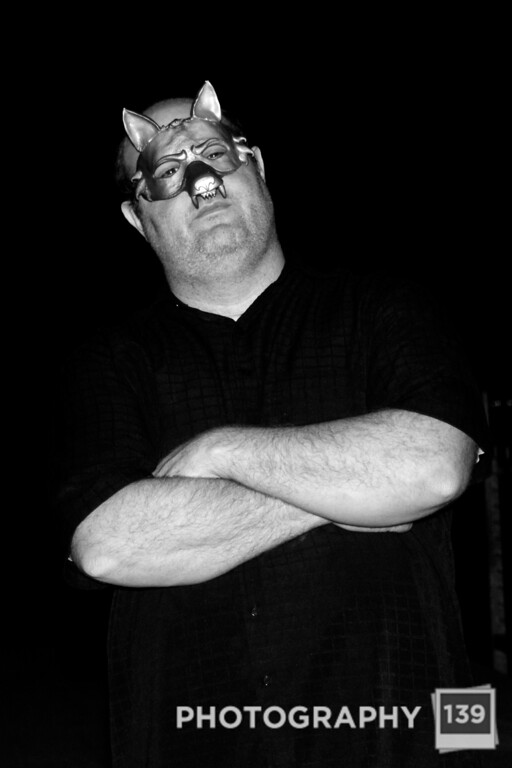 The Lone Wolf – confident, but not cocky.

On a sidenote, since this seems to be the year of nickname stripping, I also think that Willy is also in extreme danger of losing the nickname The Dance Machine.
Jen and Jill can assuredly attest to the following statement:
On Sunday, Derrick set my living room carpet on fire with the dance moves he busted off to the Norah Jones compact disc that was playing on my home stereo.

I would propose a Dance Machine Off between these two gents, but I think we all know that Willy doesn’t really dance. He just likes to pretend that he does.

5 thoughts on “The Story”