This is the first Personal Photo Project of the Week where I didn’t actually take the pictures. I just designed them. Sara was kind enough to take time off from her studies to come up and take these pictures that graced my birthday barbecue invitations.

These pictures are not presented in order of personal preference, but simply in the order that they were taken. 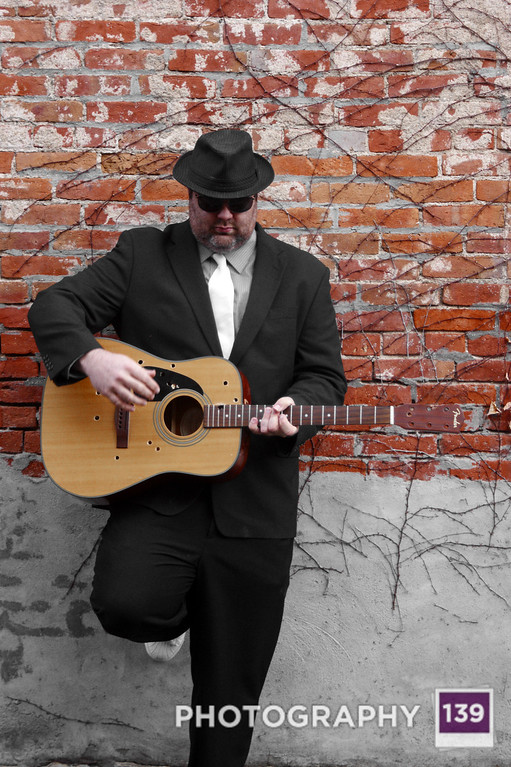 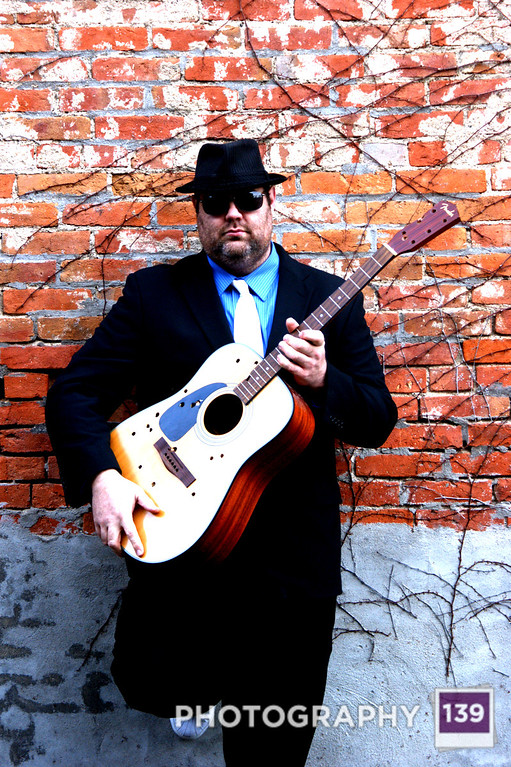 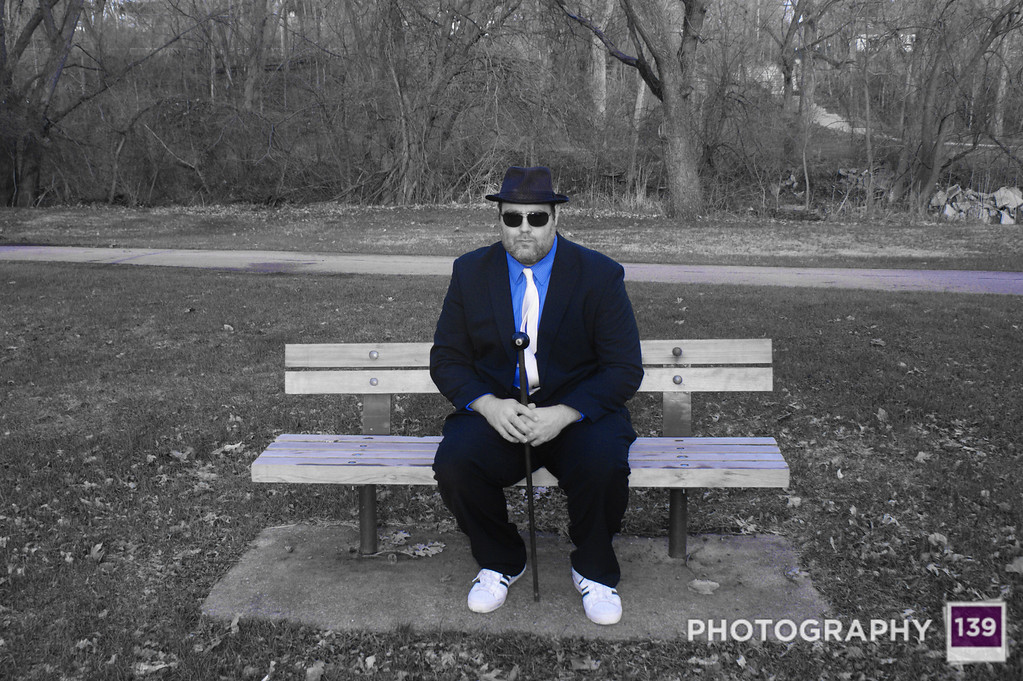 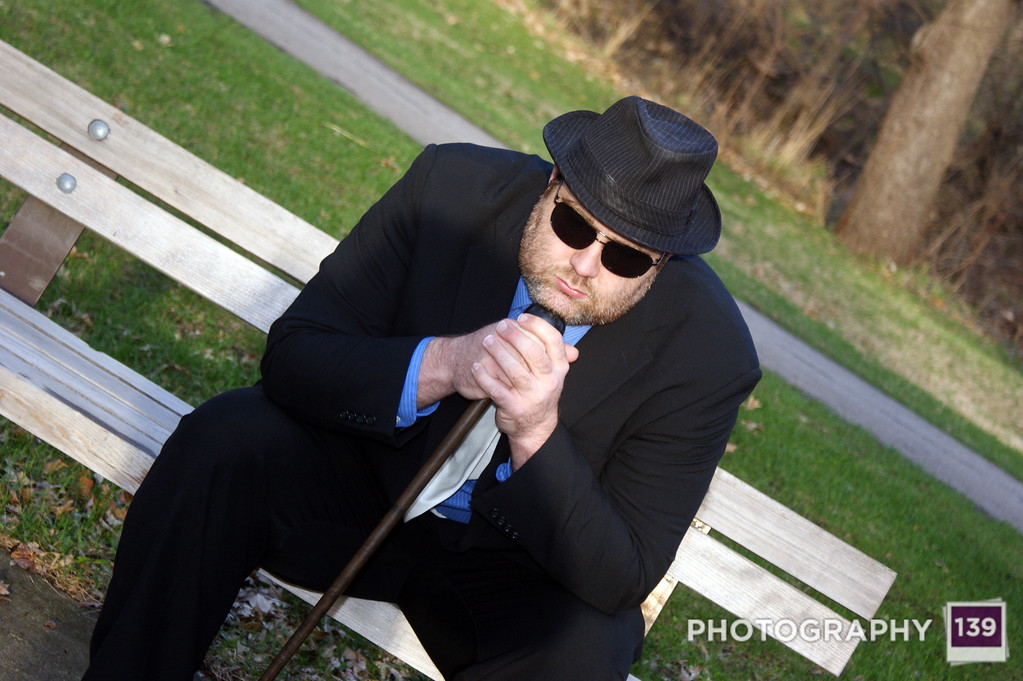 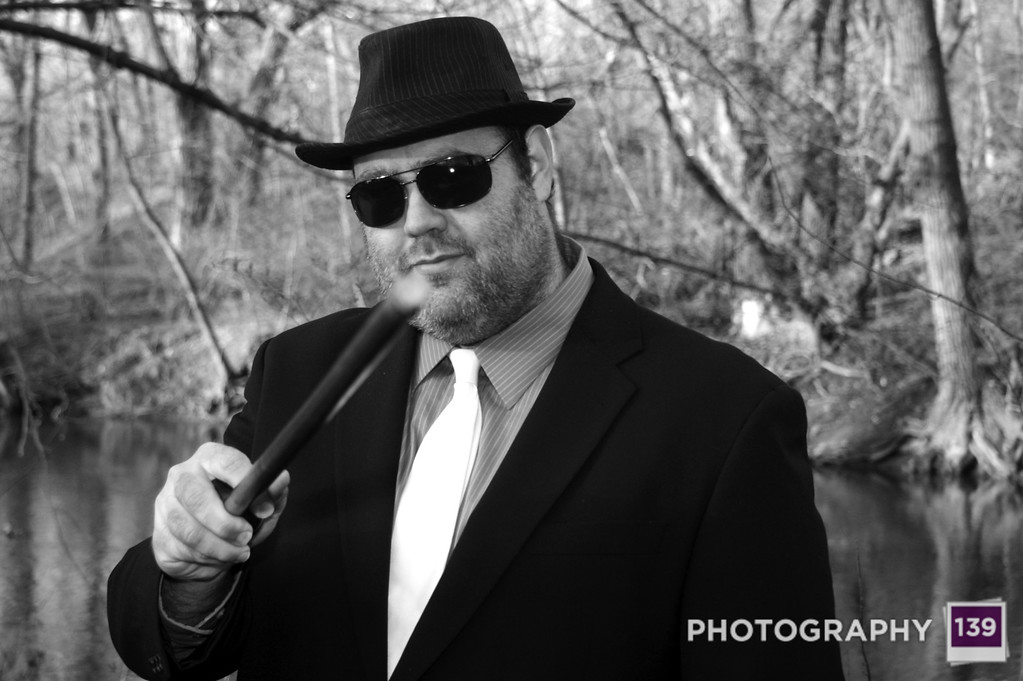 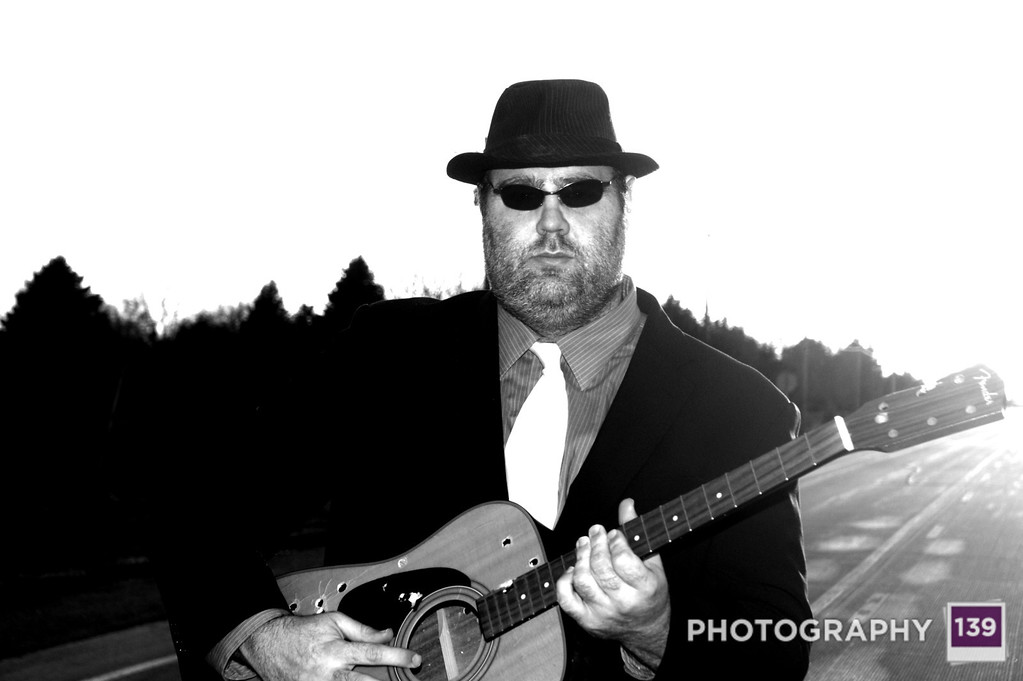 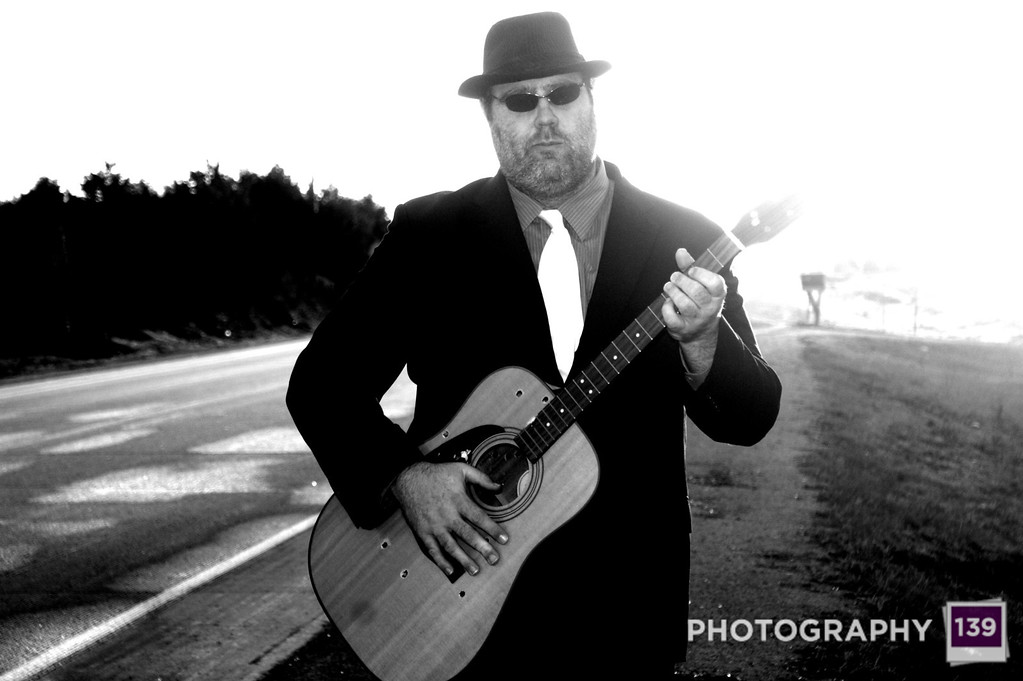 The theme for the invites this year came from an old blues song originally recorded by Junior Kimbrough, (I think) but was introduced to me by Buddy Guy on his album Sweet Tea. An album that I believe might have been a gift from a Sam Goody employee.

I’m not going to pretend that the song is a masterwork, but you never know where you will find inspiration.

Well, I done got old,
Can’t do the things I used to
‘Cause I’m an old man

Remember the day, baby
That done passed and gone
When I could love you
Most all night long

In addition to Sara taking the pictures I should thank her for loaning me the prop cane. Derrick was also instrumental (bad pun intended) in loaning me the unstringed, left handed guitar with real bullet holes.

After the photo shoot, Sara and I met up with Jen and Derrick and went to Wallaby’s for celebratory fried mushrooms. Something that I like to think is a tradition for us.

1. Yes, the white shoes were intentional. A lot of people have a problem getting their head around the white shoes, but believe me they were very intentional. Even Sara had a little difficulty with them. Her first few pictures she tried to shoot around them until I told her that they should be in the picture.
2. My favorite pictures are Alpha and Mu.

I ordered something like 75 prints and since I only have about 10 friends and I don’t have much use for pictures of me, if you show up to the barbecue and want an additional picture of Blind Dog Bennett, that might be arranged.

One last sidenote, the guitar is destined to be turned into a clock, but if it doesn’t become a timepiece, Derrick is going to set it on fire and smash it. After all, that is what Derrick likes to do.

2 thoughts on “Personal Photo Project of the Week No. 16”