Last Wednesday I had my annual meal with Mark. He was back in the States for a few weeks and will be returning to Taiwan soon to begin his new post over there.

One of the peculiar imbecilities of this world is that for the last 3 years Mark has won the Roundball Prophets NCAA tournament pool. The first year he won I considered it to be more or less blind luck. How does a guy that doesn’t get to watch hardly any college basketball best some of the sport’s premiere experts. The fact he has managed to do it 3 years in a row, well it is just frustrating and as Mark put it “a little embarrassing”.

What wasn’t embarrassing is that I got to present Mark with his trophy for being the best college basketball prognosticator that I know.

Perhaps it is no coincidence that his blog is entitled “Live Like a Champion Today!”

Folloiwng the trophy ceremony, Mark and I had our annual picture. 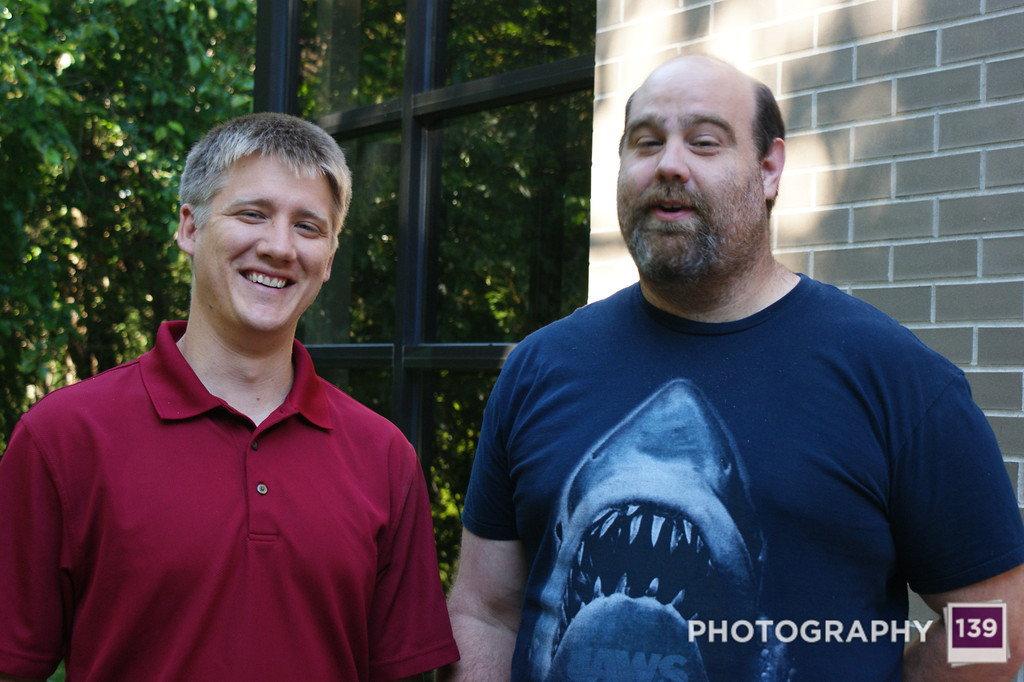 In case you are curious aobut how much we’ve changed since last year:

We had our meal at Hickory Park this year. We discussed many of the most important issues of the year: The hiring of Fred Hoiberg. Conference realignment. Why Facebook is a necessary evil. Why he should take the word “tavern” back to Taiwan. What is more impressive in person: The Great Wall of China or the Taj Mahal. Mark’s new position in Taiwan. The presentation he has been giving at different churches from around the state.

It was great catching up with Mark and I am already looking forward to next year’s meal.

On Saturday Baier and I “helped” Nader movie to his new swanky pad. We really did next to nothing. Our job was to watch the professional movers move his stuff and make sure they treated it with the tenderest of care.

As we moved his stuff into his new swanky pad I realized two things.

Therefore I arranged a quick photo session and sometime in the near to not so distant future the picture below will be hanging over Nader’s fireplace: 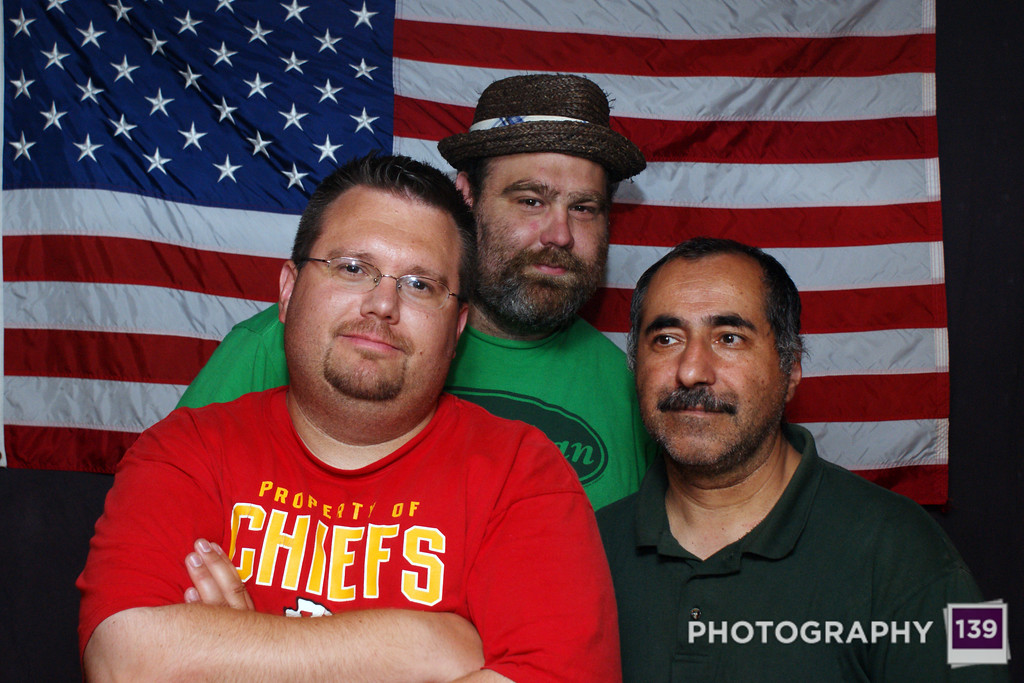 We’ve all seen a Rambo movie in a movie theater!

Makes me kind of wish I had a fireplace now.