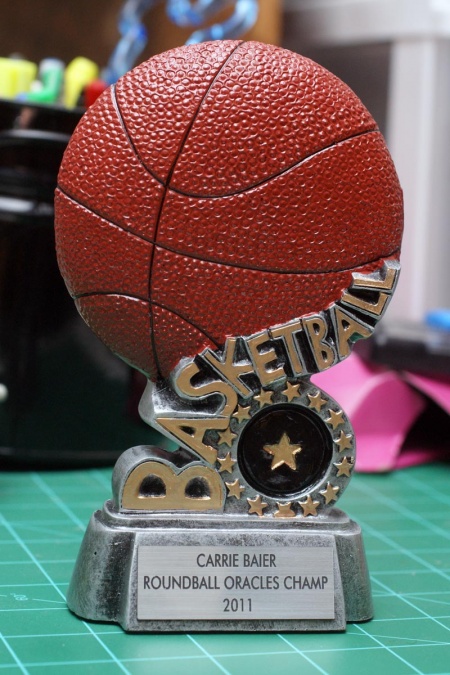 “In the end, everything is a gag.”

When it comes to college basketball prognostication, 2011 will be remembered as the Year of the Woman.

Not only did the Roundball Oracles crown our first ever champion from the fairer of the two sexes, three out of the top four finishers were also members of the female persuasion.

It was certainly a chaotic NCAA Tournament this year.  Consider these facts:

So who is the new Queen of College Basketball Divination?

It is Carrie Baier!

If I were giving an award for the best bracket name, it would clearly go to Andree, but I am not. Perhaps next year.

Carrie’s name now sits in the Hall of Champions with the past greats:

I already can’t wait for the next college basketball season to start and not only because I expect the Cyclones to return to greatness next year. At least I have the Spring Game to look forward to in a couple of weeks. It is football, but it is something.