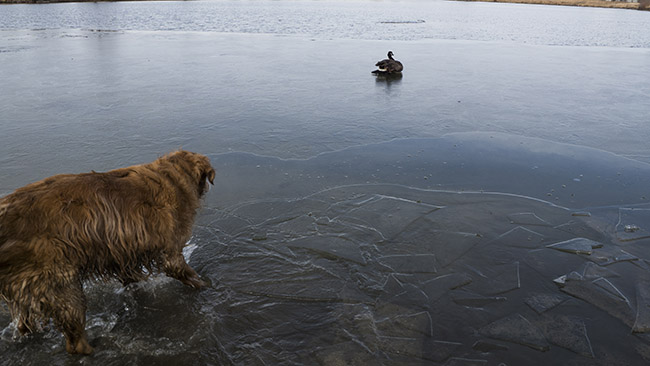 Delving into the 2019 backlog. This is a collection of pictures that span a couple different trips to Dickcissel Park with Naima. Most of the pictures are from the second trip where we encountered a wounded goose.

The goose had been injured some way above its leg. It was out there for a couple more days, but then it was gone. I’d like to think that it recovered enough and eventually flew off. I didn’t find any signs of a struggle or goose remains any way and every time I saw the goose, it was hunkered down in the same location.

While there is a fair chance it eventually became victim of a predator, it did have a pretty good system of working its way out onto the pond on the thin ice. Too thin for a creature that weighed much more than it to get to it.

This is a meaningless statistic, but it is a huge milestone for the backlog. I am now down to two rows of folders to curate!

A reminder that this week’s THE WEEKLY PHOTO CHALLENGE theme is EARS:

An EARS photo is any picture that involves EARS or things that are used by EARS.