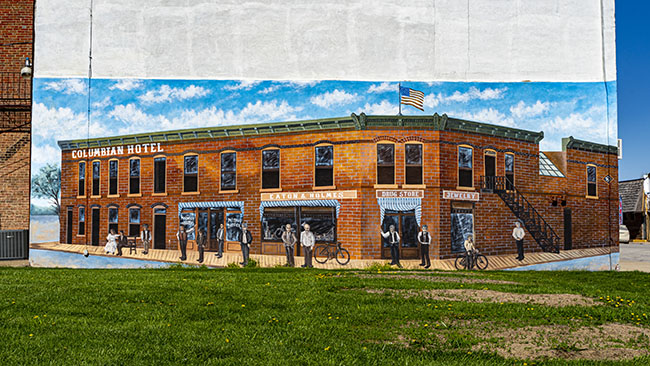 I would be remiss if I didn’t begin by noting that the Iowa Pork Producers Association announced the 2022 winner for Iowa’s Best Breaded Pork Tenderloin.

Here is the press release:

A car dealership-turned-restaurant is where you’ll find Iowa’s Best Breaded Pork Tenderloin for 2022.

Lid’s Bar & Grill in Waukon, in the northeast corner of the state, has won the 20th annual contest, presented by the Iowa Pork Producers Association (IPPA) and managed by its restaurant and foodservice committee.

“Obviously we enjoy highlighting our state’s delicious pork,” said Kelsey Sutter, IPPA’s marketing and programs director. “But this award also forever transforms local Iowa businesses, as tenderloin enthusiasts look forward to the announcement every year, and are known to travel lengthy distances to try a variation of this Midwestern staple.”

Each third-pound tenderloin is cut and twice tenderized at Quillin’s Food Ranch in Waukon. At the restaurant, the never-frozen meat is hand-breaded to order—dipped in milk then dredged through a seasoned breading.

“The tenderloins are actually fairly thick, so you can taste the pork instead of just breading,” said Dan Liddiard, who co-owns Lid’s with his wife Kelly. Lid’s is a shortened version of the couple’s last name.

The deep-fried favorite is served with lettuce and mayo on a lightly buttered and toasted bun, baked fresh daily also at Quillin’s. Sandwiches include a side of crinkle-cut French fries.

A few months back I cruised around Keokuk County harvesting their town signs. I didn’t spend much time their exploring cause I had to make it to Des Moines by a certain time to see Evie dance at the Renaissance Faire. Which in some way is a bit of a shame cause I was there on one of the weekends that they have a giant flea market in What Cheer. If you haven’t been to the What Cheer Flea Market, you should go check it out. I believe it happens 3 times a year and it is massive.

Chef Phil Carey, a tenderloin finalist judge, describes the sandwich as having “great pork flavor, with a wonderful breading that greatly complements the overall sandwich,” as well as a “perfect size of bun-to-pork-tenderloin ratio.”

The Liddiards are Waukon natives who opened the eatery in July 2020. Dan Liddiard had operated West Side Auto Sales on the site for nearly a decade. However, when car sales plummeted during the early months of COVID-19, he reduced his inventory and renovated a portion of the office, showroom, and shop for the restaurant. The Liddiards had no prior experience in food service.

“Nope,” Dan Liddiard admits. “Not till after the day we opened.”

Since being named among the top five tenderloin finalists earlier this month, tenderloin fans have been flooding in from all over the state, the Liddiards said. The business went from selling about 25 pounds of loins per week, to 35 to 40 pounds a day. A drive-up window accommodates carry-out customers.

“To be nominated for this was absolutely incredible,” said Dan Liddiard, choking back tears. “To win is 10 times that. It’s pretty great.”

IPPA’s restaurant and foodservice committee will officially present the best tenderloin award at the restaurant Tuesday, Oct. 18. Lid’s will receive $500, a plaque, and a large banner to display.

This year’s runner-up is Ludlow’s Steakhouse in Corydon, about an hour and a half south of Des Moines. The designation comes with a $250 prize and plaque from IPPA. Other finalists, listed alphabetically by town, have earned a top five plaque to display:

IPPA received 4,812 nominations for 449 different establishments during a spring nomination period. The restaurant and foodservice committee reviewed the top 40 restaurants in the summer. Each was scored on the quality of the pork, taste, physical characteristics, and eating experience.

The tenderloin contest recognizes Iowa dining establishments that offer a hand-breaded or battered pork tenderloin as a regular menu item. To win, businesses must be open year-round. The winners are announced as part of #Porktober22, or National Pork Month, which celebrates the state’s dedicated pig farmers and the great product they produce.

Victoria Station in Harlan, about an hour and 40 minutes west of Des Moines, won the 2021 contest.

If you interested in revisiting when I went to Victoria Station (the 2021 winner, click on the link below:

Waukon is a 3 and half hour drive from Boone. But don’t think I won’t make that drive. Sounds like a good excuse to take a Friday off. I have too much PTO anyways.

I need to start knocking off the Tenderloin Trail 2.0 as well. I should just stop working Fridays for awhile.

A few months back I cruised around Keokuk County harvesting their town signs. I didn’t spend much time exploring because I had to make it to Des Moines by a certain time to watch Evie dance as the Renaissance Faire.

It was a bit of shame that I didn’t have more time there because I was there one of the weekends the What Cheer Flea Festival was going down. If you enjoy flea markets half as much as I do, you should make a pilgrimage there. It is massive and they hold it, I believe, three times a year.

Here are the auxiliary images from Keokuk County:

Do they still make Slice?

Webster – I hate power lines so much! 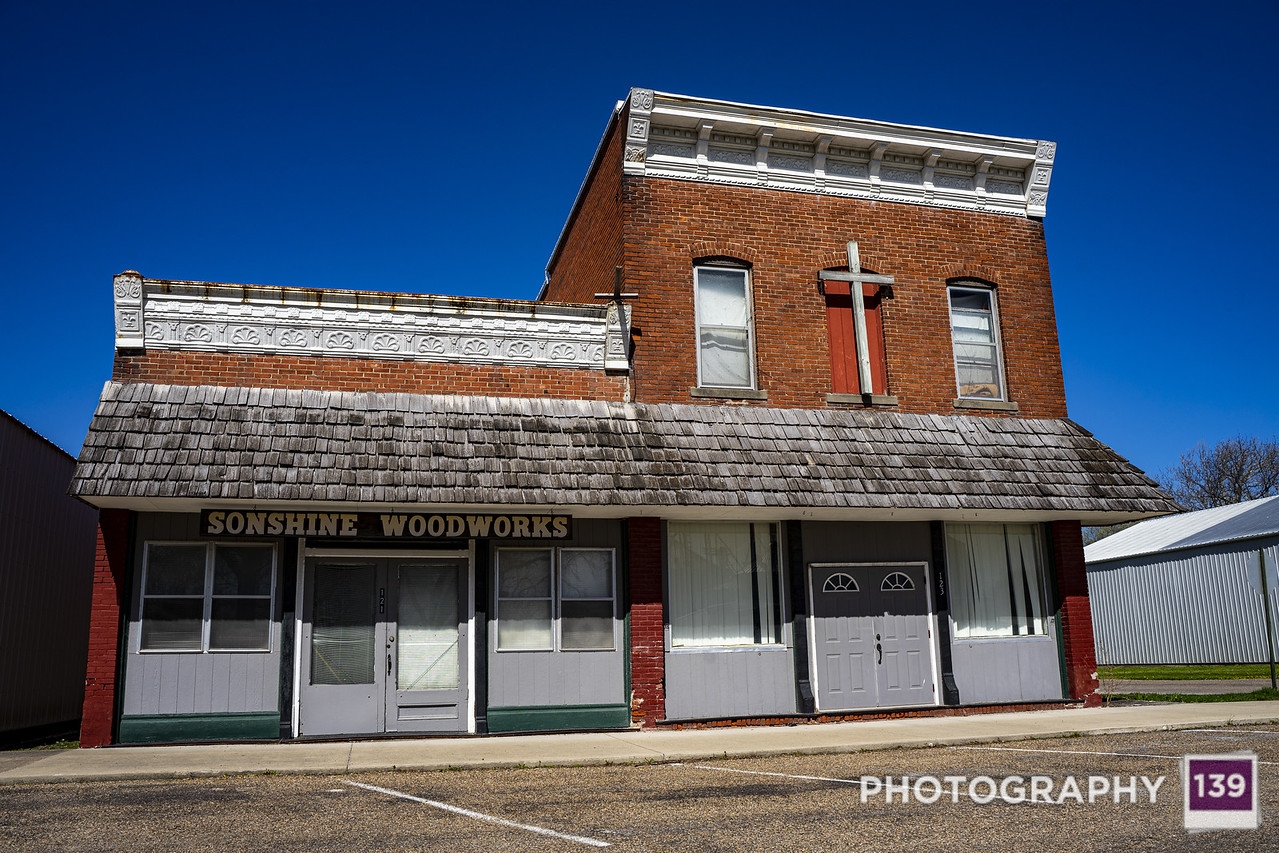 Ollie – There is only one right color for a tractor and that is green, but it is a John Deere, so it is still okay.

Hayesville – I bet The Roadhouse was a rockin’ in the day.

Just a small taste of the What Cheer Flea Market.

If you are interested in seeing the pictures of the time I went to the What Cheer Flea Market, click on the link below:

Keokuk County is a good example of The Missouri Rule. If you don’t know, The Missouri Rule states that the closer in Iowa you get to Missouri, the more rundown and trashy the place you are in becomes.

The next time we hit the open road to see auxiliary images from THE TOWN SIGN PROJECT, we will visit Howard and Chickasaw County.